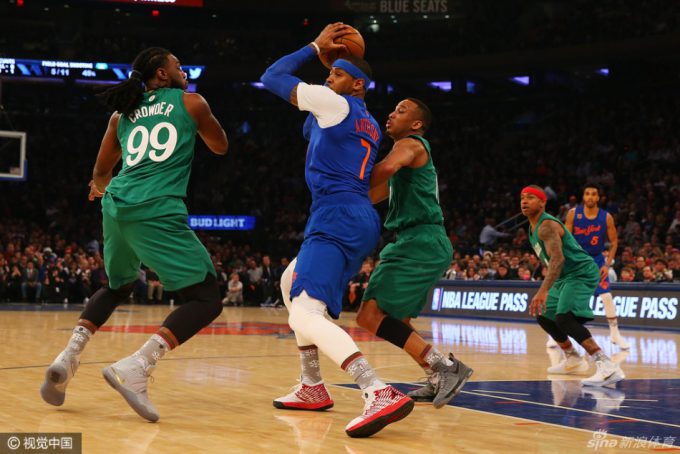 Boston got solid contributions up and down the box score this afternoon to beat the Knicks 119-114. The Celtics had six players in double figures and executed well during key moments to give themselves and their fans a win on Christmas Day.

The Knicks were in the spirit of giving this afternoon, as New York committed 10 turnovers in the first half.  Boston looked sluggish to begin the game, but found a rhythm in the second quarter where they dropped 36 points. This enabled them to get out to a 56-48 lead at halftime. Jae Crowder tallied 11 points in 16 minutes of first half play, and was 3 of 5 from three and 4 of 6 overall. Elevens were wild, as Al Horford & IT both also put in 11 for the half. The Knicks had a balanced attack, with their “big 3” of KP, Melo & Rose scoring 29 of their points. New York managed to shoot 48% for the half, and Carmelo Anthony (6-6 FT) led a venerable parade of Knicks who attempted 16 free throws.

Boston came out of the locker room with some pep in their step. After a loud Al Horford dunk, they found themselves up 64-54 with 9:10 left in the third. Enter Carmelo Anthony. Melo went on to score 11 points over a five minute span, and 15 for the quarter. But Kelly Olynyk had a quarter of his own! KO’s 10 points on 5 of 5 shooting were huge, and the Celts were up 88-82 heading into the fourth quarter.

It looked like perhaps the Celtics would cruise to a somewhat comfy victory, but some sloppy play late by Boston enabled the Knicks to tie it at 112 with 1:06 left. But a huge trey by Marcus Smart and some great defense by Bradley on Melo sealed the deal. The only gripe from me today is that Boston chucked up 36 threes. Isaiah Thomas was 3 of 13 from deep…yikes. 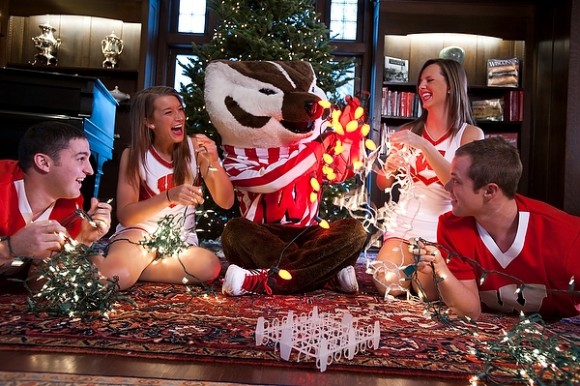 5 Gifts for Wisconsin Badgers Fans for the Coming Year

By now you’ve likely opened up the presents under the tree at your house. However, if you look over in the corner there is something...