Your Morning Dump… Where Gerald Green is all grown up 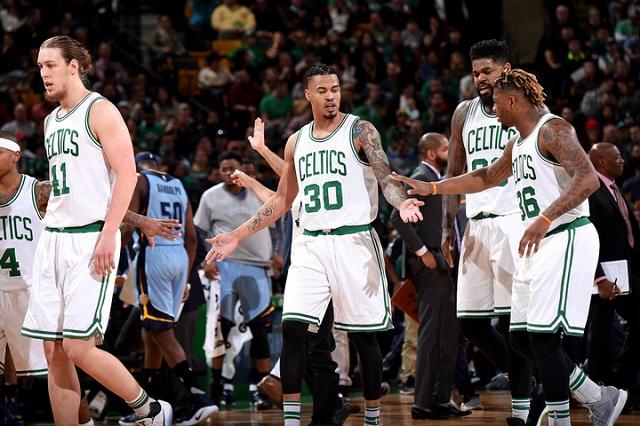 Despite being admittedly frustrated by both a hip injury that’s left him playing catchup since training camp and an inability to consistently crack coach Brad Stevens’ rotation, Green kept putting in work in hopes that his opportunity would eventually arrive. Despite playing a total of a mere 18 minutes in the month-plus span starting Nov. 19, Green’s call came on Christmas Day in New York, where he responded with an encouraging 12-minute performance.

That glimpse likely gave Stevens the confidence to go back to Green on Tuesday night against the Memphis Grizzlies. Green responded by scoring a season-high 19 points on 7-of-10 shooting over 19 minutes, displaying the “spurtability” that Stevens gushed about after the Celtics inked Green to a one-year, minimum-salary contract this summer.

It was the first time Green had scored 19 points in a Celtics uniform since April 13, 2007 — three months before he was traded to Minnesota as part of the package that brought Kevin Garnett to Boston. That deal helped Boston net Banner 17 while Green set sail on a basketball odyssey that sent him to Russia and back.

After receiving opportunities in two consecutive games — and taking advantage of both — Green just seemed relieved to be back on the court.

“I think (Stevens) just knows I’ll be ready,” Green said. “I’m always kind of talking to the team. … I’m just trying to stay ready. I know it’s a tough time, because there’s a lot of people on this team that can play. It’s always going to be someone that’s unhappy, so you just have to use other ways to try to stay locked in.”

“He got the opportunity and he knew what to do,” Avery Bradley added. “He’s been here before. … He’s really helping our second unit a lot.”

Gerald Green first arrived in Boston as a raw 20-year-old who knew how to run, jump and dunk – and not much else. He racked up dozens of DNP-CDs because Doc Rivers had no patience for rookies in general, and especially for Gerald’s deer-in-the-headlights habit of being in the wrong place at the wrong time.

It’s different this time around. Green is a mature player and person, and when his shot is on, Gerald is absolutely explosive. The Cs wouldn’t have beaten the Grizzlies without his performance, and certainly Brad Stevens will ride Green’s hot hand until it cools off.

It’s fair to question whether that’s the right approach, giving minutes to a soon-to-be 31-year-old on a one-year contract instead of developing the no. 3 draft pick. Jaylen Brown played only four minutes last night and six minutes on Christmas.

But you can’t argue with the results: Green was plus-12 as the Celtics put up 113 points against the Grizzlies D, which leads the league in defensive rating by allowing only 100.7 points per 100 possessions. In the New York game, Green was plus-17 in 12 minutes as Boston scored 119.

Jaylen will get his chances at some point. For now, the Cs have won six of seven, they’re playing at Cleveland next, and I am content to worry about the future a bit later.

The Celtics do not employ a sleep guru, and the team’s training staff generally lets the players approach naps however they wish. While there may be debate over whether a midday siesta improves play, the general belief is that it cannot hurt.

Dr. Chris Winter, a sleep specialist who works with the Oklahoma City Thunder and two other NBA teams that prefer not to be identified, believes there is value in the pregame nap.

“As the season goes on, players lose their sleep time between travel and their schedules and commitments and whatnot,” Winter said. “And elite-level athletes generally require more sleep than the average individual.”

Winter said the optimal nap duration depends on the player and the situation, but he believes a 20- to 25-minute rest is good for a recharge without slipping into such a deep sleep that it can leave a player groggy. Ideally, Winter said, a nap is an enhancer, not a way to mask a sleeping problem.

“There’s some guys that can’t play without that nap,” said point guard Isaiah Thomas. “I’m a guy that if I feel I need to take a nap, I do it. If not, I’m all right.”

Globe – Over 82 games, Celtics find that 40 winks can help

With so much money invested in NBA players, no wonder every aspect of their preparation is scrutinized for optimal results. Except for a few of the older guys, all the Celtics make sure to take an afternoon nap so they’ll be ready to go that night. Maybe, then, there’s some truth to the conventional wisdom about afternoon games hindering performance.

The Celtics never sit anyone out just for rest, because they simply aren’t good enough for that, but also maybe because they have a handle on getting proper sleep.

On Page 3: Isaiah Thomas continues to be good at basketball

Isaiah Thomas with his 16th consecutive game of 20+ points. That’s the longest streak in the NBA this season.

Isaiah getting it done this month. Would need to average a whopping 37 over last 3 games in December to surpass Bird. #Celtics #Celticstalk pic.twitter.com/0sIKTRsFFi

On Page 4: Plays of the Week

And, finally: Underhand FTs? Barry was not embarrassed

Yesterday in Videos of the Day, KWAPT posted a clip of Rockets rookie Chinanu Onuaku risking ridicule to shoot free throws underhanded. This provides an awesome excuse to share a classic “Red on Roundball” clip of our patriarch discussing free throw styles. The vid features Rick Barry, who was a great jump shooter but shot underhanded from the line. Barry led the NBA/ABA in free throw percentage seven times while shooting 89.3% (seventh all-time) for his career.

Of course, Wilt Chamberlain spent most of his career shooting free throws underhanded and – despite scoring 31,419 points in 14 NBA seasons – was one of the worst ever from the line at 51.1%.

CSNNE – Stars, Studs And Duds: Smart’s Improved Playmaking On Display vs. Grizzlies | Ante Zizic Continues Development As He Moves To Turkish Super League | Beyond The Numbers: How Celtics Stay Close To Mistake-Free In Fourth Quarter

Boston.com – Would a Nerlens Noel trade be worth the cost to Celtics? 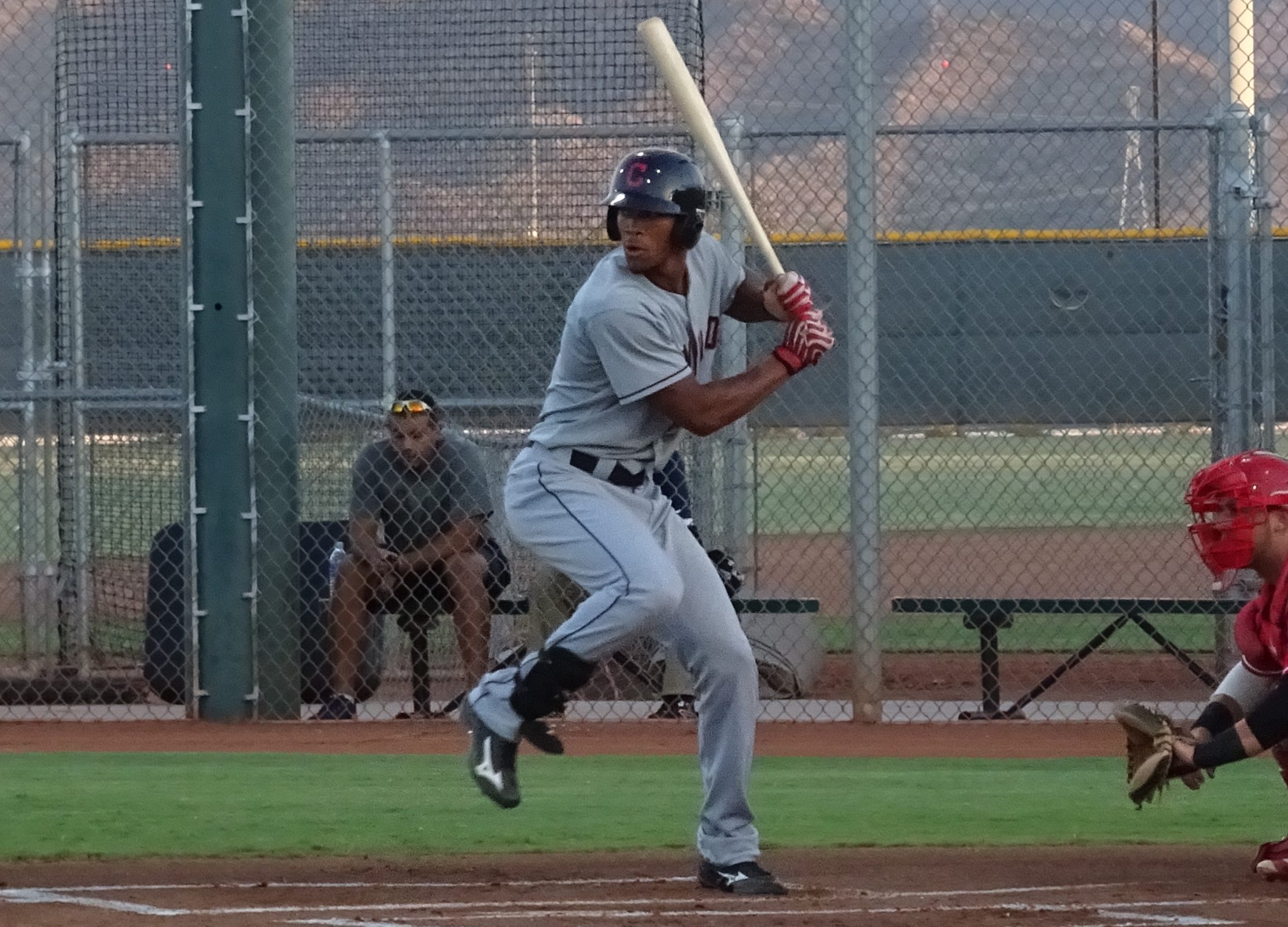 A Review of the 2016 Draft, Seven Months Later

It takes years to truly understand how a draft class plays out (which is why we do a look back at the draft from five...