Is Matt Kemp's Late-Season Revival With the Braves Sustainable? 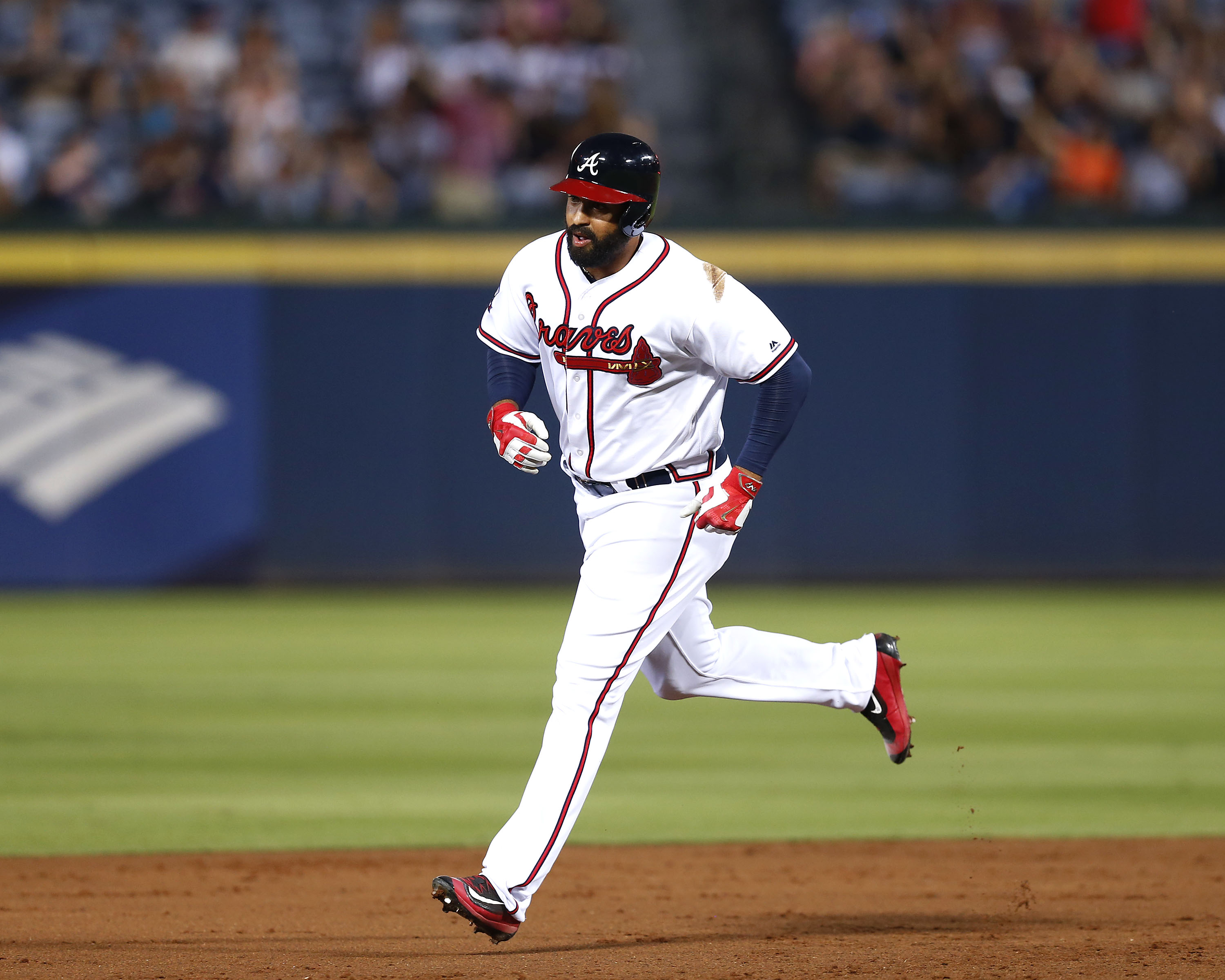 Is Matt Kemp's Late-Season Revival With the Braves Sustainable?

Matt Kemp isn’t the MVP-caliber ballplayer he used to be with the Los Angeles Dodgers earlier in his career. Despite that, the Atlanta Braves have high expectations for the right-handed hitting outfielder in 2017.

Those expectations aren’t coming without them getting a glimpse of what he could do for the offense, though.

After the San Diego Padres shipped him to Atlanta at last summer’s non-waiver trade deadline, Kemp was one of the reasons behind the Braves offense going from being historically awful to finishing as a top-performing unit.

His arrival also spurred a personal boost in production — he hit 23 homers in 431 plate appearances with San Diego, but produced just a 102 wRC+. Once the trade took place, that number jumped to 120 in 241 plate appearances (while hitting 12 more homers).

Yes, the Braves are technically still rebuilding, but with a new ballpark opening and their flurry offseason moves, they’re aiming to at least be competitive this year, and Kemp’s performance will play a significant role.

The big question with Spring Training now underway is whether or not his two-month stretch of above-average offensive production is sustainable for an entire season. If it’s going to be, he may need to make a few changes.

When looking at Kemp’s overall stats from 2016, we see a player that can still hack it.

I mean, if I asked you who the top three home-run hitting outfielders were last season, would you really think it’d be Mark Trumbo (47), Khris Davis (42) and then Kemp (35)? How about him being tied for second among outfielders with 108 RBI?

Part of that could’ve been his situation — the Padres were terrible and the Braves were well out of contention by the time he arrived. Another part could’ve been his walk rate, which continued a three-year nosedive and settled in at 5.4% last season in 672 plate appearances.

And if it wasn’t for a late-season surge, he was on track to easily set a new career low in that particular department.

The Difference Between San Diego and Atlanta

When looking at them side-by-side, there were some distinct differences in some of Kemp’s stats before and after the trade, but it seems like these differences were rooted in one area.

Since his HR/FB% actually went down and his ISO didn’t move much (.227 with SD, .238 with ATL), the biggest reason behind this spike in OPS was an increased walk rate.

And his hard-hit rate probably went up because his plate discipline finally started to normalize, right?

For the first nine years of his MLB career, Kemp’s plate discipline stats on pitches inside and outside the strike zone remained rather stable on an annual basis…until the past two seasons.

Check out the meteoric rise — literally — his swing rates have experienced during this period of time.

That 55.4% swing rate was tied for the sixth-highest among all qualified hitters last season, according to FanGraphs. If you’re going to be more aggressive, the contact rate at least has to show a similar jump to justify it — like what we can see pretty much across the board between 2014 and 2015.

There was another huge jump in swing rate between 2015 and 2016, but his contact rate decreased in every situation.  One would imagine his increased walk rate in Atlanta showed a drastic change in the above stats, but he actually swung more often after getting traded, along with making less contact.

His production in Atlanta won’t be sustainable at all if his swing rate doesn’t resemble a number we saw him produce earlier in his career.

The Braves didn’t go out and acquire Kemp to carry the offense — that’s why Freddie Freeman is in the middle of everything. However, he is around to be Freeman’s protection while creating a formidable middle of the order. Could his plate approach be a reason why he’s been able to reach those gaudy power numbers?

That’s possible, but it’d also be unrealistic to expect the same level of production given what’s been happening in recent years.

Both his patience and contact rate have been evaporating, which has also coincided with hitting balls hard at a lower frequency. His walk rate spiked over the final two months of 2016, but it had nothing to do with his actual approach, which mostly got worse.

He did admit to taking some things for granted in recent years, and after agreeing with the Braves that he needed to drop some weight, he did just that during the offseason. It will obviously help him in the field — which has produced some atrocious numbers over the years — but will undoubtedly also have an impact on what he does in the batter’s box.

The Braves were already improving overall as an offense last year before inserting Kemp into the cleanup spot behind Freeman. His impressive .280/.336/.519 triple slash with those 12 homers and 39 RBI helped take them to another level. Atlanta needs that from Kemp again in 2017 and beyond (he’s signed through 2019), and it looks like he’s in the right physical state to provide it for the immediate future.

We’ll find out soon enough if his mental approach will also reflect that.