Is Nelson Cruz Showing Any Signs of Slowing Down? 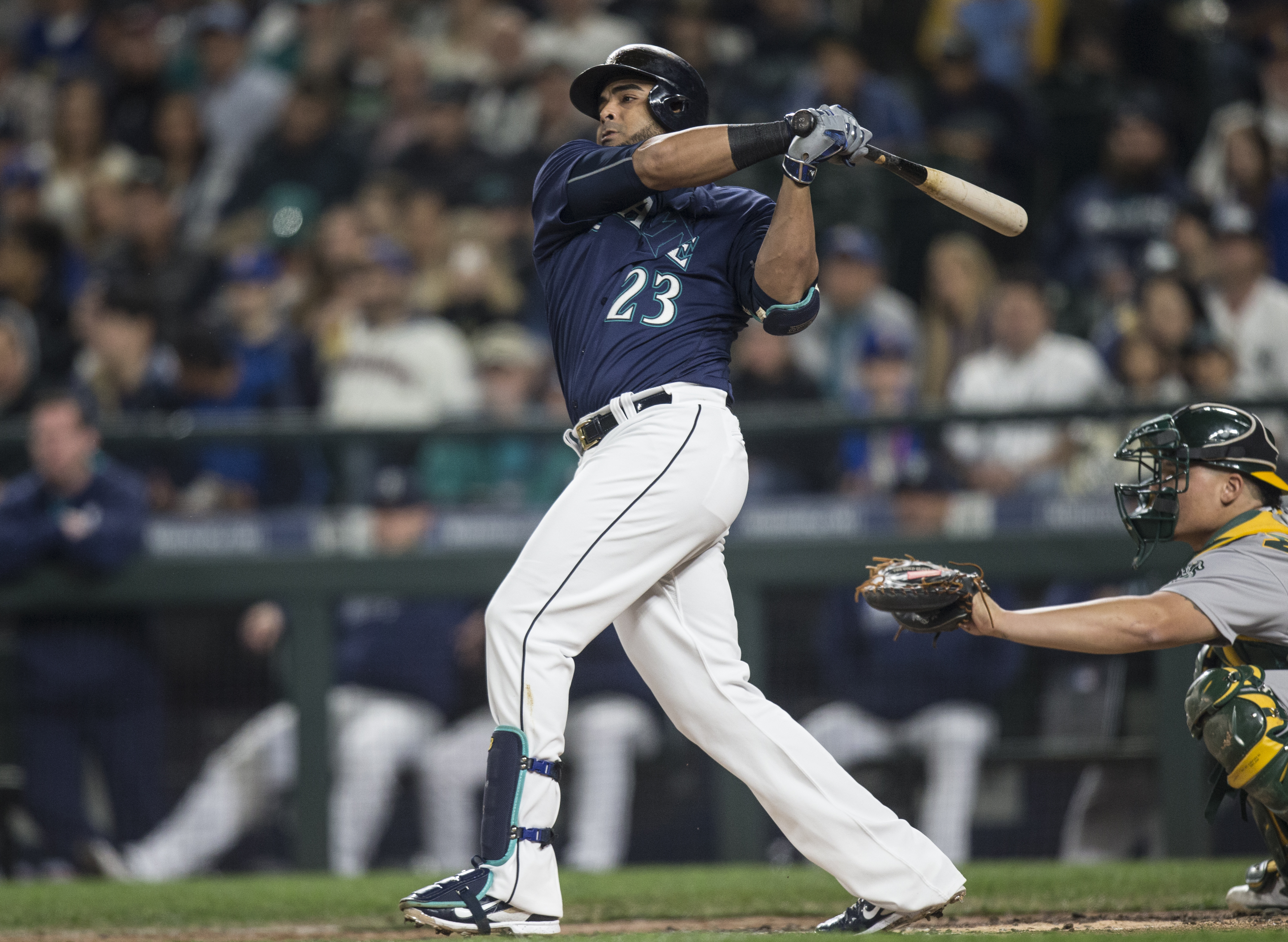 Is Nelson Cruz Showing Any Signs of Slowing Down?

He had consistently been a force in the middle of the Texas Rangers’ lineup since becoming an everyday player in 2009, but he’s gone to another level in recent years.

The slugger never collected fewer than 22 homers or 76 RBI in a single season with Texas, but also never hit more than 33 dingers or drove in 90 runs while playing over 128 games just once.

Things have taken off since leaving the Lone Star state, though. Between his age-33 and age-35 campaigns, he’s enjoyed three straight 40-plus homer and 90-plus RBI performances.

In fact, his 127 homers during this time is the most in the majors and his 306 RBI are seventh most.

While entering 2017 as a 36-year-old will raise some eyebrows with what we know about aging power hitters, he’s still expected to be a major run producer in the middle of Seattle’s lineup.

Besides age, have there been any signs of decline that we can see?

Not in His Overall Stats

Even if a player is able to put together impressive counting stats – like in homers and RBI – we’re able to see trends elsewhere when figuring out if that production is actually sustainable (see Schoop, Jonathan).

But for Cruz, we don’t really see that in areas such as walk rate, strikeout rate, Isolated Power (ISO), OPS or wRC+. Below is a table that compares his last three seasons (one with the Baltimore Orioles and two with the Mariners) with his career stats in the areas just mentioned.

Instead of seeing his production slowly deteriorate, he’s actually been better.

His breakout campaign with the Orioles could’ve been partially explained by having his home games at Camden Yards, along with road games against AL East foes in other favorable hitting environments.

However, he continued to improve upon his move to the Mariners, which debunks that. Safeco Field hasn’t exactly been the black hole for offensive production like it used to be, but it still wasn’t supposed to be such a seamless transition.

Since his overall production looks solid – even better than before, actually – is he just dominating so much in certain situations that it’s masking an area where he’s struggling?

No Huge Differences in His Splits

The two most obvious splits we can compare and contrast are performances at home and on the road, along with facing left-handed and right-handed pitching.

Cruz has been better in certain situations than others, but his weaker areas have by no means been a detriment to his offense.

We’ll use the same comparisons (’14-’16 vs. career) to view his performance here, according to wRC+.

A couple of thoughts here:

Not only has he been an above-average hitter in each of these situations since 2014, but it hasn’t come at the expense of something else, like a rising strikeout rate.

What about the balls he’s putting in play, then? Alright, if there are going to be any negative trends, this is where they’ll surface. Using the same parameters as before, let’s check out his recent batted ball progression compared to what he’s done throughout his career.

Finally, something to at least be a little concerned about pops up.

The hard-hit rate holding steady and even being a tick above his career number is very encouraging, and while his homer-to-fly-ball ratio looks fantastic, it shouldn’t be surprising since he’s hitting fewer fly balls than ever before.

The table above shows he’s been above and below those benchmarks in each of the last two years.

Obviously, power hitters want fewer ground balls and more fly balls. If he continued going south last year, it would be more of a concern, but Cruz at least improved in both areas.

Why He Can Keep it Up

While the typical age caveat for a power hitter entering his late-30s applies here, there are reasons to believe Cruz can continue being a 30-plus homer, 90-plus RBI threat in the middle of Seattle’s lineup.

He had to man the outfield for 80 games in his first year with the Mariners, but that already seems like a distant memory. He played just 48 games in the field last year, and thanks to the zillions of moves the front office has made, Cruz is more than likely going to be the designated hitter on a daily basis.

So, that means less wear-and-tear on his body and the ability to stay fresh while having a better chance at playing 150-plus games yet again.

The other reason for optimism involves who’s hitting in front of him. Robinson Cano was in the three-hole last year and will be again in 2017, but the top two spots look drastically different.

In 2016, it was mostly Nori Aoki (90 games at leadoff) and Seth Smith (92 in the two-hole), with some Ketel Marte mixed in (17 appearances in each lineup spot). They’re all gone in favor of mostly Jarrod Dyson and Jean Segura.

There are certain unknowns with both – Dyson’s limited playing time in Kansas City and Segura fighting regression – but on paper, they look to be better options, hypothetically giving Cruz more opportunities to drive in runs.

So, is 2017 going to be the season Cruz finally starts declining? It’s very possible, but most of his recent production says otherwise. Given how the Mariners are currently constructed, they’re likely hoping he’s got at least one more elite power year left in him, and preferably two.