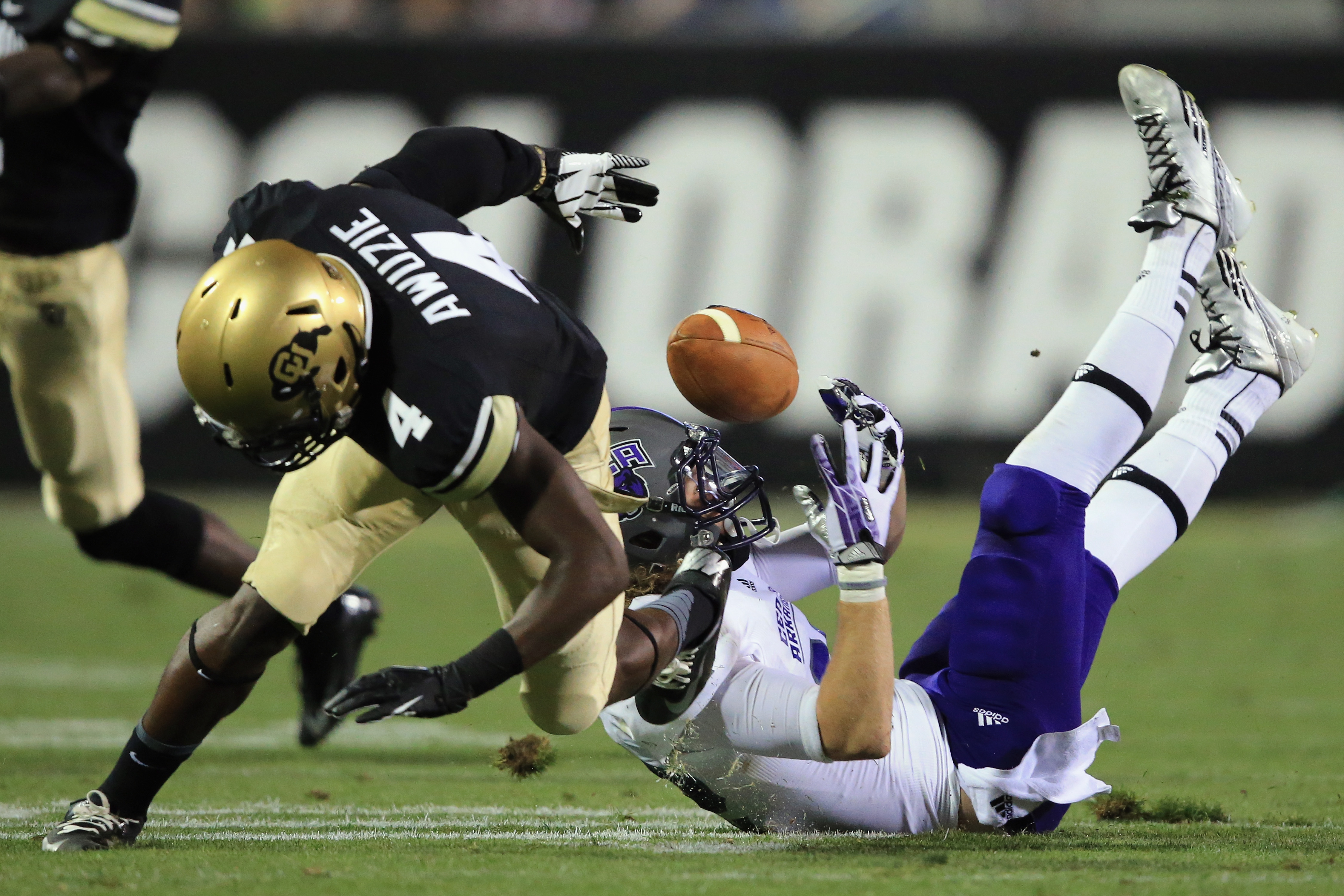 Welcome to the first edition of our pre-draft series titled, Man Crush Mondays. Each Monday, I’ll drop a pair (or more at times!) of players I truly enjoy watching play at the collegiate level, talk about how they’d fit in the Bills’ systems and then will link you to a Twitter poll where you, the reader can vote on which crush seems to be a better fit.

Our first pair this week are the combine busting safety/defensive weapon Obi Melifonwu of UConn and Colorado cornerback Chidobe Awuzie.

I’ve already covered both Obi and Chidobe in my draft scouting series on The Bills Wire over on USA Today Sports Digital Properties. Both players are better than advertised as tacklers, Chidobe because of his aggression:

As a corner, his job is to be a smart, heady player in the McDermott/Frazier zone-heavy scheme. I really liked this play because he knew where his help was and that made it easy for him to drift into the interception.

In the case of Obi, he too is a “transformer” in that he can play boundary corner, safety and perhaps linebacker if  you so choose. When I first took a look  at the former Huskies player I thought he’d be a great WILL linebacker;

Now, I’m still on that boat, but I’m comfortable in passing situations seeing the six foot four behemoth either deep as safety or on the line as the world’s angriest corner.

Also, Obi, for the love of all that’s holy, do not murder your teammates in the NFL m’kay?

For the Bills, both are excellent fits, which is why I wanted to lead this series with my calling for both members of #ChidOBI coming to Buffalo. In the case of Awuzie, his ability to play off ball, mugged up at corner. as well as in the box or deep as safety makes him a great understudy to Micah Hyde. Chidobe would be able to compete with Seymour (and Darby, if we’re being real) and kick inside to slot as a rookie should he not win a starter job outside.

Melifonwu is a defensive weapon. While there are some complaints that he might be too big to be in the secondary, count me among the naysayers to that train of thought. To me Obi is a defensive weapon, proving that Bryan Scott came along in the wrong era – only just to be honest. On the Bills I’d have no problem starting him as WILL linebacker, then in obvious passing downs you have a piece you can move between either ‘backer spot, Buffalo nickel, slot, outside at corner or deep as free safety. If McDermott sticks to the plan he had for Panthers Swiss army knife Shaq Thompson, in Melifonwu’s rookie year he’d only be responsible for two of those positions at most to prevent responsibility overload.

While for me – in a perfect world, both players were an option, with the limited draft capital the Bills currently have it would be unwise to presume they can pull that off, especially with the myriad needs on the offense.

Sound off! Who do you think should be the choice in our first #ManCrushMondays piece? Go to our Twitter feed (@Buffalowins) and vote on the poll!