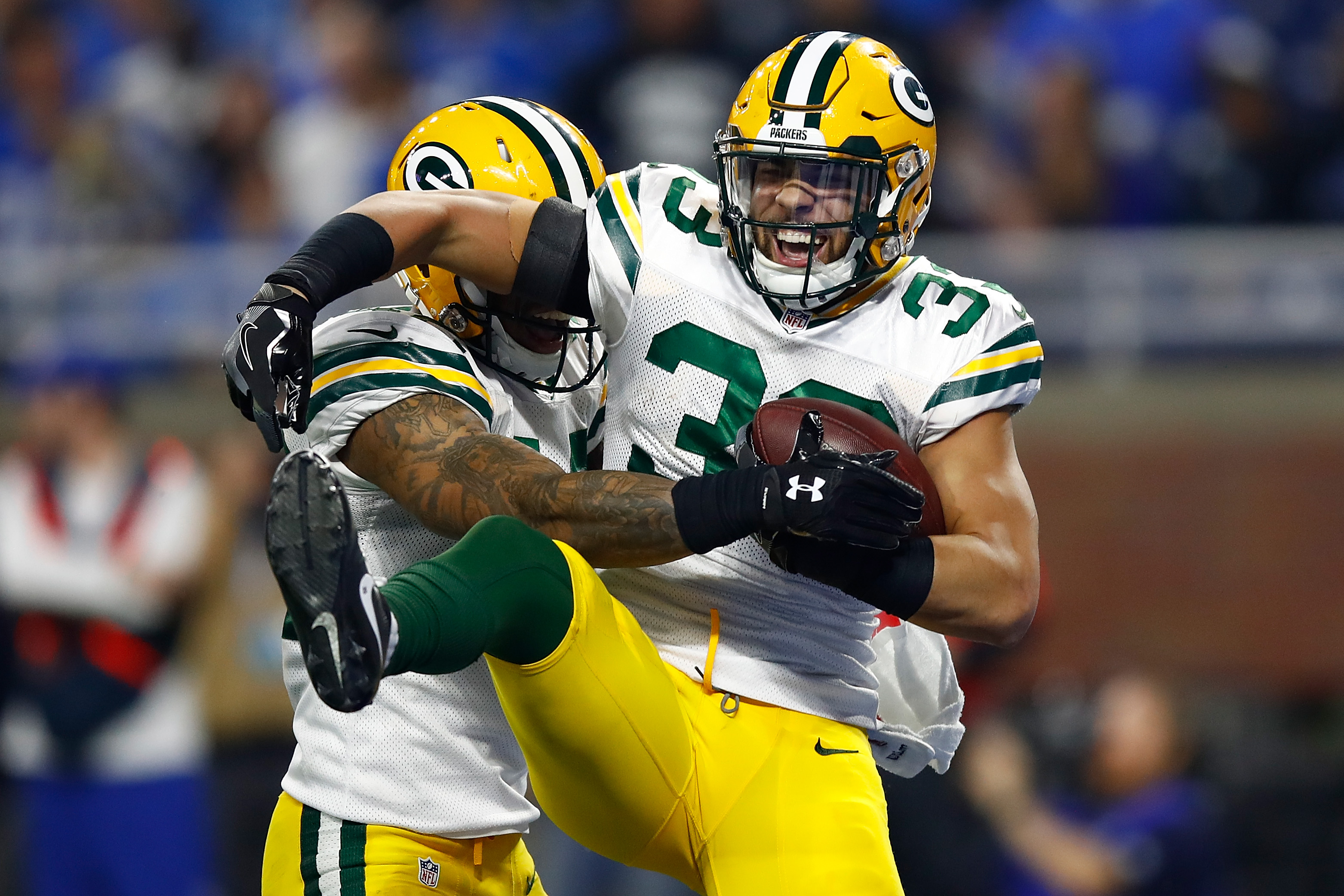 As we get a deluge of free agents in the first foray of new Bills head coach Sean McDermott, as always we try to get a local flavor of a player, to get to know him and how he operated with his previous team. “Tex” Western of Acme Packing Co, the SBNation Packers affiliate was kind enough to take the time to answer a few questions we had about our new Swiss Army player. If you get a chance, check out their awesome Packers coverage – it’s worth the click!

What would you say are the best traits Micah brought to the Packers?

In general, Micah Hyde’s versatility and intelligence were his greatest strengths. After a year or two in the Packers’ defense, he knew the scheme inside and out and was mentally capable of playing literally any position in the secondary, plus a little bit of dime linebacker in a pinch. In general, that meant that he played as one of the slot corners in the nickel and dime personnel groupings (which the Packers used as much as 80% of the time in 2016) or as a full-time safety when injuries necessitated it; that all meant that he was essentially playing starter’s snaps. As an added bonus, he also served as the team’s primary punt returner.

Hyde missed a grand total of one game in four years, so durability is certainly a benefit as well.

What games, if any stood out as games where Micah stood out?

It might not be entire games, as Hyde was never truly matched up one-on-one with a top receiver, but he made his share of big plays. Look at the tape of his interception in this year’s Divisional round game against the Dallas Cowboys to start. He recognized a formation on film from the teams’ earlier meeting in 2016, identified it as a WR screen, and jumped the route to intercept the pass. He also had a highlight-reel interception off Teddy Bridgewater in Week 17 of 2015, and came up with a huge game-saving pick in one of the few instances that he played on the boundary in Week 17 of this past season.

What would you say are his weaknesses if any?

Pure speed will never be Hyde’s calling card. He has quick feet and good reaction time, which makes him good in the slot, but he can struggle to close on a receiver who does gain separation. That issue was most obvious when he was tasked to play strong safety with Morgan Burnett injured early on in 2015 and occasionally in 2016. He was sometimes late arriving to provide safety help to the outside corners, which led to some big gains against the Packers’ defense up the sidelines. If he can stay in highly-populated areas and between the numbers, that’s where he’s likely to help out the most, since he is a sure tackler.

The Bills are going to use Micah as a S/CB hybrid. Obviously with his time in Green Bay he was used in a similar format, albeit with less time on field. Why was that?

Actually, Hyde played a ton in 2016, though that was in some part due to injuries across the secondary. He was on the field for about 80% of defensive snaps, fourth-most of any player on the Packers’ defense, which was a significant increase over the 62% he played in 2015. If the Packers’ top three corners were healthy throughout the year, he might not have played nearly as much, but he was a plug-and-play player when others did get hurt. It is telling, however, that the team kept Hyde in the slot and started players like LaDarius Gunter (a second-year UDFA) and Demetri Goodson (third-year 6th-round pick) on the outside when the top three corners were down with injuries.

He can play the role of the nickel back that is so prevalent in the modern NFL thanks to his intelligence and good tackling ability, and that makes him a decent candidate for an in-the-box safety role as well, but I would be cautious if there are any plans to make him a deep, roving safety. My initial reaction when I saw his contract value was that it was starting safety money, but if that is the case he had better be playing strong safety. If the Bills indeed plan to use him as a nickel corner and to provide injury insurance at safety, that seems like the ideal situation.

Anything else Bills fans should know about their new Swiss army knife player?

Hyde’s special teams ability is definitely an added bonus to his value. He was excellent as a punt returner during his first two years – he took three of his 38 returns to the house those two seasons and averaged 13.6 yards. However, his numbers dropped considerably in 2015 and 2016, averaging just 5.8 yards per return. Once again, I urge you to watch this video to get excited about him.

Hyde is a great guy in the locker room and off the field, and he should make for a great teammate and member of the Bills organization.