The Aftermath Game #69: Columbus vs. Florida 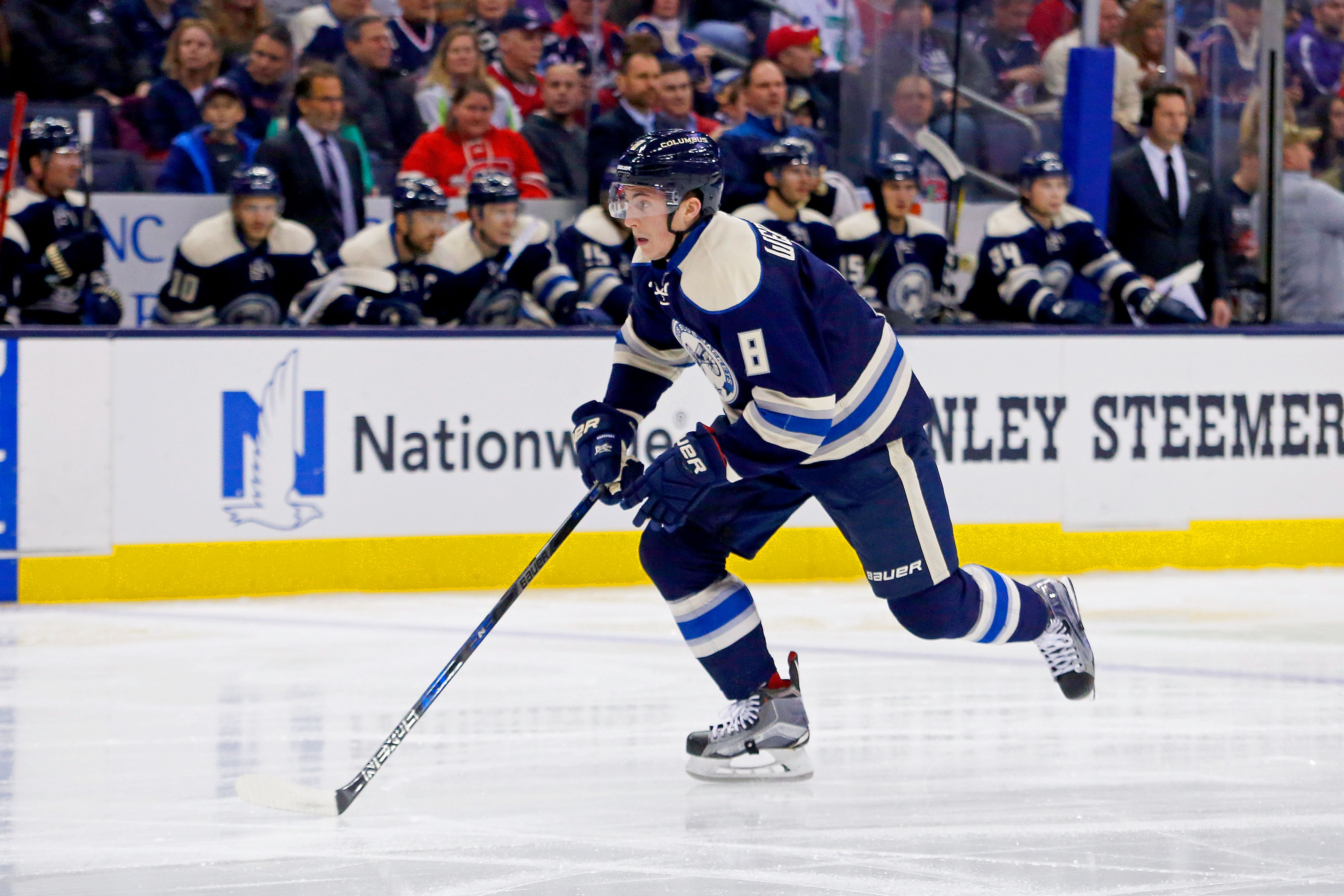 The Aftermath Game #69: Columbus vs. Florida

The Columbus Blue Jackets took down the Florida Panthers tonight in Columbus by a score of 2-1. The Panthers jumped out to a first period lead on a goal from former Jacket Jonathan (formerly Audy-) Marchessault. After the first period, the Panthers were ahead on the scoreboard, and the corsi’s. However, the Jackets would dominate the middle frame in every way, piling up a 59% corsi for advantage, leading in shots, and actually importantly, two goals. Zach Werenski fired home his 11th of the season, with assists to Josh Anderson and Matt Calvert. Anderson would again add his name to the scoresheet, tipping home a John Jackson shot, with Wild Bill Karlsson adding the second assist. The third period would be a little rough, with the Panthers controlling the play all period, outeverythinging the Jackets over the final frame. Sergei Bobrovsky would hold the door closed though, making 12 of his 33 stops. The teams would finish the game with 34 shots apiece, while the Panthers held a slight advantage in 5v5 shot attempts, 35-33. The win pulls the Jackets ahead of the Penguins for the 2nd seed in the Metro, two points back of the Capitals, although the CBJ have a game in hand.

Bjorkstrand was very good tonight. Although he didn’t find the back of the net, he did fire a team high 7 shots on goal. He was all over the place (in a good way), and was noticeable pretty much every time he touched the ice. He also had a nice offensive zone takeaway that he turned into two prime scoring chances.

It is crazy that Jagr is still as good as he is. He had a handful of moments tonight where he just dominated the play. He’s one of the strongest players in the league on the puck, and still has the ridiculously nice hands. Fun fact: Jagr played against Larry Robinson his rookie year. Robinson played with Henri Richard during his rookie year. Richard was a NHL rookie in 1955. That is 62 years that the NHL has had at least one of those three players in it. I am probably the only person who finds that interesting. Here’s Jagr getting a great chance, only for Bobbo to shut the door.

What words can you say about Zach Werenski that haven’t already been said. Oh yeah, how about some national media dudes start hyping him up for rookie of the year. That is a thing that could be said. But for us lowly CBJ folks, Werenski has been unbelievable. He’s already clearly the best rookie in CBJ history, and he is moving up the list of best rookie defensemen the game has ever seen. His goal tonight moved him up to a tie for 25th all time. He’s on pace for 52 points, with would leave him tied for the 13th most points by a rookie defensemen ever. When you factor in the era, holy moly that is good. As for his goal tonight, it was a ridiculously nice shot. At first glance, it almost looked lucky, like he just threw it on net, and the puck had some eyes and found the twine. But nope, you clearly see Werenski size of the situation, and snipe it home.

It's 69 minutes until puck drop against the Computer Boys! We're sure #CBJ are hoping to have a #nice game tonight. pic.twitter.com/qr8q7i2g6r