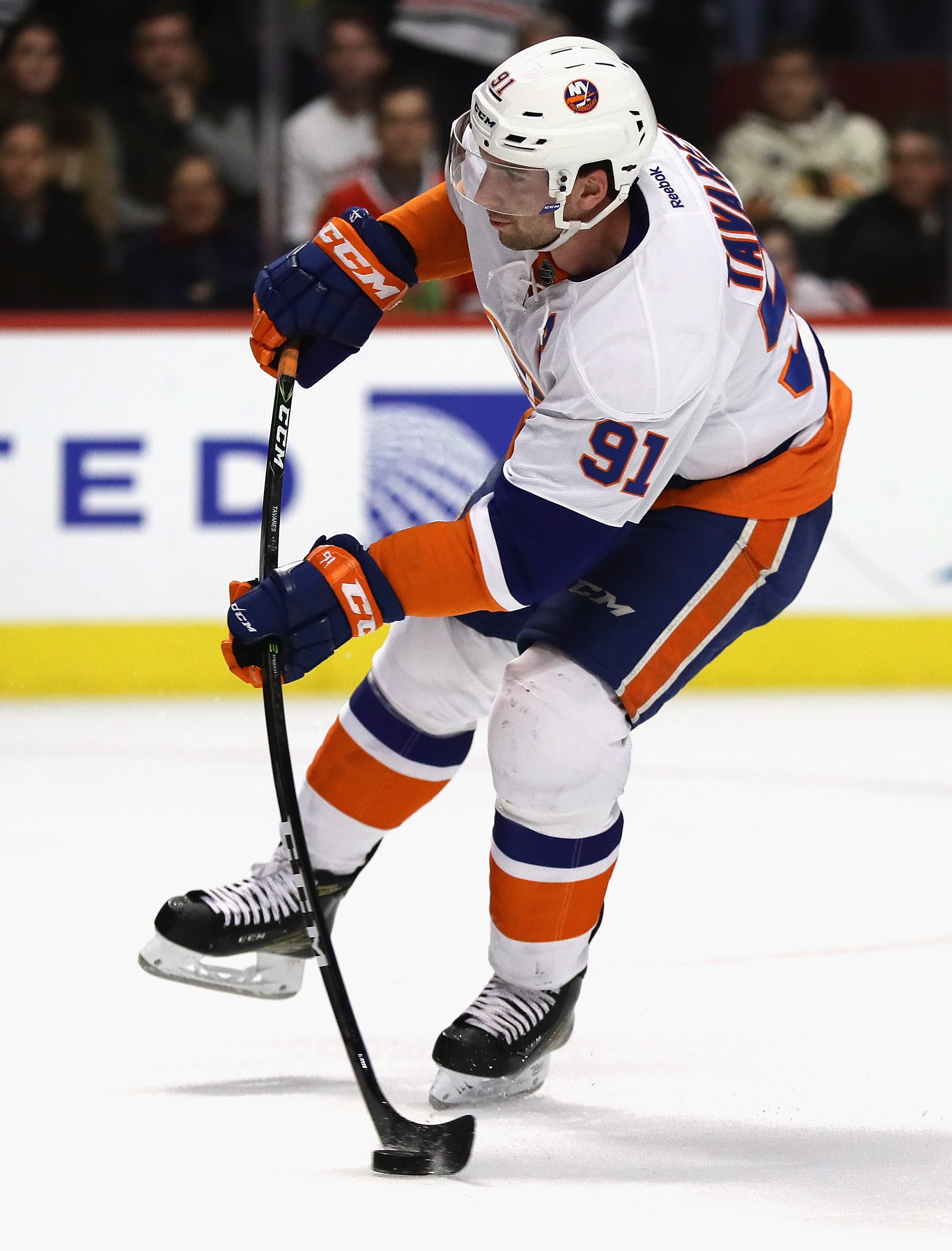 CHICAGO, IL – MARCH 03: John Tavares #91 of the New York Islanders shoots against the Chicago Blackhawks at the United Center on March 3, 2017 in Chicago, Illinois. The Blackhawks defeated the Islanders 2-1 in a shootout. (Photo by Jonathan Daniel/Getty Images)

BROOKLYN – After the New York Islanders Saturday loss to the Columbus Blue Jackets, John Taares took a moment to speak to reporters about what he saw as a bright future for the team he has called his own ever since he joined the NHL.

“You know, you look at this team, and what they are doing this year. There is a step back this year, certainly, but part of it is so easily correctable. Look at the young guys coming up through the system and some of the guys who are really stepping up their game this year. Josh Bailey, Nick Leddy, Anders Lee and Brock Nelson are all in the top 5 for points scored for the Isles this year, and not a one of them is older than 27.

“If the Islanders keep drafting as well as they did to get those guys — of course, Leddy was acquired in a trade — and building their young core, there is nothing to stop them. If they can hold on to those guys, well that should definitely be the priority. After that, they can start making moves in free agency,” Tavares opined.

When asked to expand upon his comments, particularly which free agent the Islanders should prioritize in extending over the next couple of years, Tavares said “No comment.”