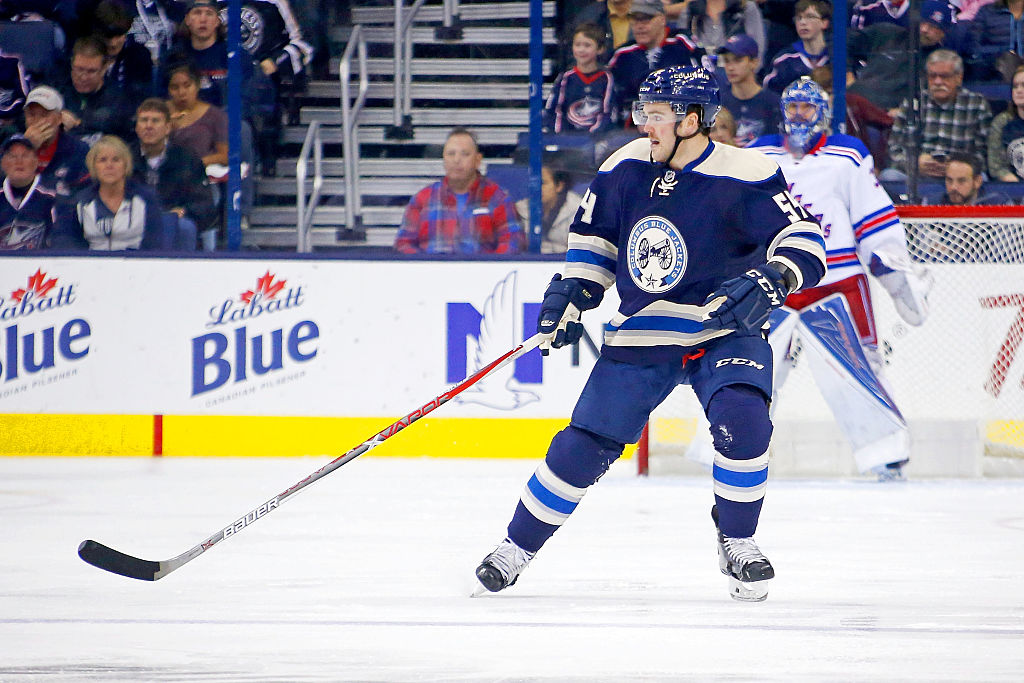 Today it was announced that Lukas Sedlak, Scott Harrington and Markus Hannikainen were all extended via two year, one way contract extensions. It’s a bit of a surprising move given where the team stands currently but this will only allow the Jackets to clear their docket for the truly important extensions this Summer.

Extending Sedlak is a no-brainer considering the work that he has done this year. He hasn’t been necessarily flashy but he has done well in nearly every offensive metric. He went from after thought prospect to now a vital part of the Blue Jackets bottom six. If he can continue to grow and improve, this may be a very smart deal for the Jackets.

Harrington hasn’t seen the ice all that much this year and because of it, you really can’t get a sense of what he is as a player. In his previous stops in the NHL, he has been a positive shot differential player, this year, he is anything but that. He bleeds shots and needs to improve in that area if he wants to see ice time moving forward. He likely figures to be the seventh defensemen next year as well barring anything outrageous with the expansion draft.

Hainnikainen is the head scratcher of the group as he has been thrown up and down between the NHL and AHL. His time in the NHL this year is much better than it was last year but it doesn’t seem like that much of a sample to then give someone a one-way contract. He figures to be a fourth line presence next year as the team needs to cut costs in some areas.

This sets the stage for the Josh Anderson and Alexander Wennberg negotiations. Anderson should get a modest raise but Wennberg could be looking at big money. A bridge contract seems likely but we’ve seen how some contract discussions go down. Allowing themselves to have some room and not lost any leverage in negotiations is going to be huge.

Taking care of business while they still can is a good idea.