Two truths and a lie:

The NHL has the best playoffs in all of sports.

The NHL regular season is way too fucking long.

The only question left is whether or not the Bruins are spitting into their palms or if they plan on leaving us to sneak into the bathroom with the Sears catalog after they fall asleep once again. 93 points seems to be the safe zone to make the dance in the East this year. Boston currently sits at 86 points, with 6 games to grab those 7 points. There is only one game that you can look at and feel totally comfortable about, and that’s tonight.

The Stars, for all the talent they have up front, cannot keep pucks out of their own net. Only Colorado and Arizona are allowing more goals against per game. Pair that with the 30th ranked penalty kill in the league, and you’ve got yourself a soup bowl full of turds. If, and this is a gigantic if, the Bruins can feast on the Stars’ defense, a three game winning streak heading into the final stretch would be a huge momentum boost. After tonight, all that’s left on the schedule is a matinee vs. the Panthers, who just love fucking up the Bruins in April, another matinee the next day in Chicago, and then three straight home games against Tampa, Ottawa, and Washington.

Honestly, I can’t find 7 points for the Bruins to pick up in this stretch. I said last week that if they lost to Tampa, they wouldn’t make the playoffs. I stand by that prediction. Yes, the Lightning have a harder road to 93, needing 10 points in their last 7, but they have a more manageable slate of opponents, including the Red Wings, Stars, and Sabres. The matchup between Tampa and Boston next Tuesday is fucking gargantuan, but the worst thing the Bruins can do is eye that date on the calendar.

Make no mistake, the Dallas Stars are a garbage hockey team, with garbage goalies, garbage management, and for some reason, Lindy Ruff behind the bench. 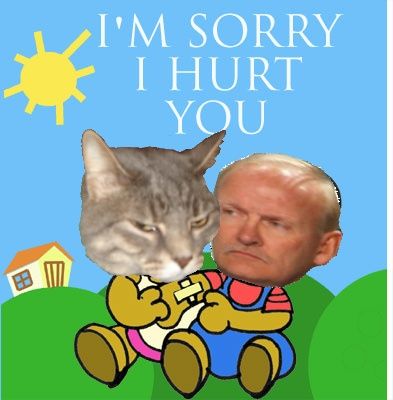 Having said all of that, in recent weeks, the Stars have knocked off San Jose, Washington, and Pittsburgh. They are capable of putting stupid amounts of biscuits in the basket. No, they can’t stop a boulder from rolling uphill, but this team still has Jamie Benn and Tyler Seguin. (Sidebar: If you boo Seguin at the Garden, I hope you tumble over the balcony guardrail. Getting traded away is not the same as taking more money to go play elsewhere. If you need to hear the sound of your own voice that much, boo the idiots that sent him packing.)

The point is, if the Bruins walk into this game thinking it’s going to be easier than Candace Seguin, they could quickly find their season slipping away.

The newest episode of Days of Y’Orr’s flagship hockey podcast is now out. The entire team is here for this one for the first, (and due to upcoming legal proceedings, likely last) time. We talk about the Playoff races, sex with Steve Yzerman, baby circumcision, and why Jonathan Toews can eat all of our dicks (and one vag).

Listen. Laugh. Then go to our Patreon and give us moneys.