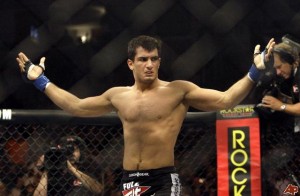 You’d be hard-pressed to find a more well-rounded fighter than The Dreamcatcher.