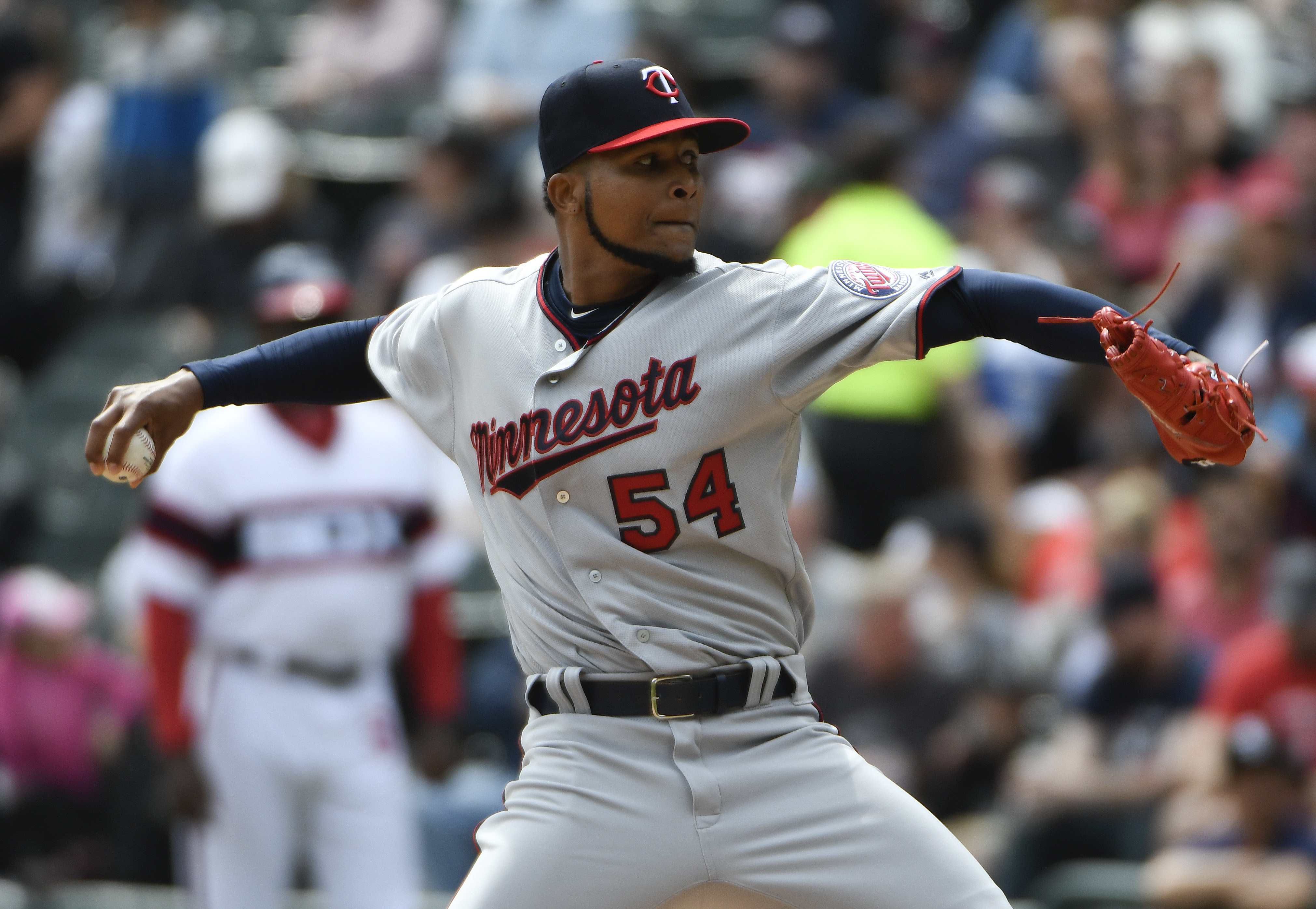 CHICAGO, IL – APRIL 09: Ervin Santana #54 of the Minnesota Twins throws against the Chicago White Sox during the first inning on April 9, 2017 at Guaranteed Rate Field in Chicago, Illinois. (Photo by David Banks/Getty Images)

The Moment – As has seemed to be the case pretty regularly so far this season, the big swing in momentum was actually a continuation of where the momentum was already headed. It was a kick in the pants more than a complete change in direction. It was Jorge Polanco hitting a home run to double the lead from 1 to 2, a value that would prove, ultimately, to be insurmountable.

The Hero – Ervin Santana, man. It’s only two starts into the season, but he continues to defy expectations. Santana was always supposed to be a stable pitcher within the Twins rotation, but so far this year, he is truly pitching like an ace. I mean, OK, he only worked 6 innings and just struck out 4, but that was still effective! It’s entirely possible that I no longer have any bearing on what is or is not an ace.

The Goat – Jacob May has been forced into the role of starting center fielder for the White Sox. It’s ok to feel a little bad for him, because he is not yet ready for the majors. Still, we have to put him here. He went 0-3, and in particular a 7th inning ground out with two runners in scoring position was really not helpful for the White Sox.

The Soundtrack – The Chain, by Fleetwood Mac. Or that’s what Pandora said, but that was definitely not The Chain. I can’t even immediately identify it, that’s how deep the cut was. But definitely not the chain. I know and love the Chain.

The Story – We are 6 games into the season, and the Twins need only 2 more wins to match their April 2016 total. That’s mighty impressive, if you were to ask me. Impressive both that the Twins have attained some degree of success, and impressive that they were that bad last year. Surely, they have earned tomorrow’s day off.

The Twins went with their opening day group, if not the same lineup for their rubber match with Chicago. They don’t get to face Chris Sale on the South Side anymore, so they didn’t get to perform curiously well against the ace, as they often seemed to. Instead, they got Jose Quintana, who has always had the Twins’ number. Not today! This new batch was unintmidated, especially after seeing old man Mauer drive in the game’s first run.

Jorge Polanco double the lead in the 7th, which was necessary, as the White Sox would later move to within 1. Wholly unnecessary was the 2 run short Miguel Sano added in the 9th to double the Twins’ total again. That was off of Nate Jones. Quintana only allowed the two runs. Maybe he still does have the Twins’ number.

Fortunately, Ervin Santana and the outfield defense behind him have the White Sox’ number, and it appears that that number is just a bit bigger.