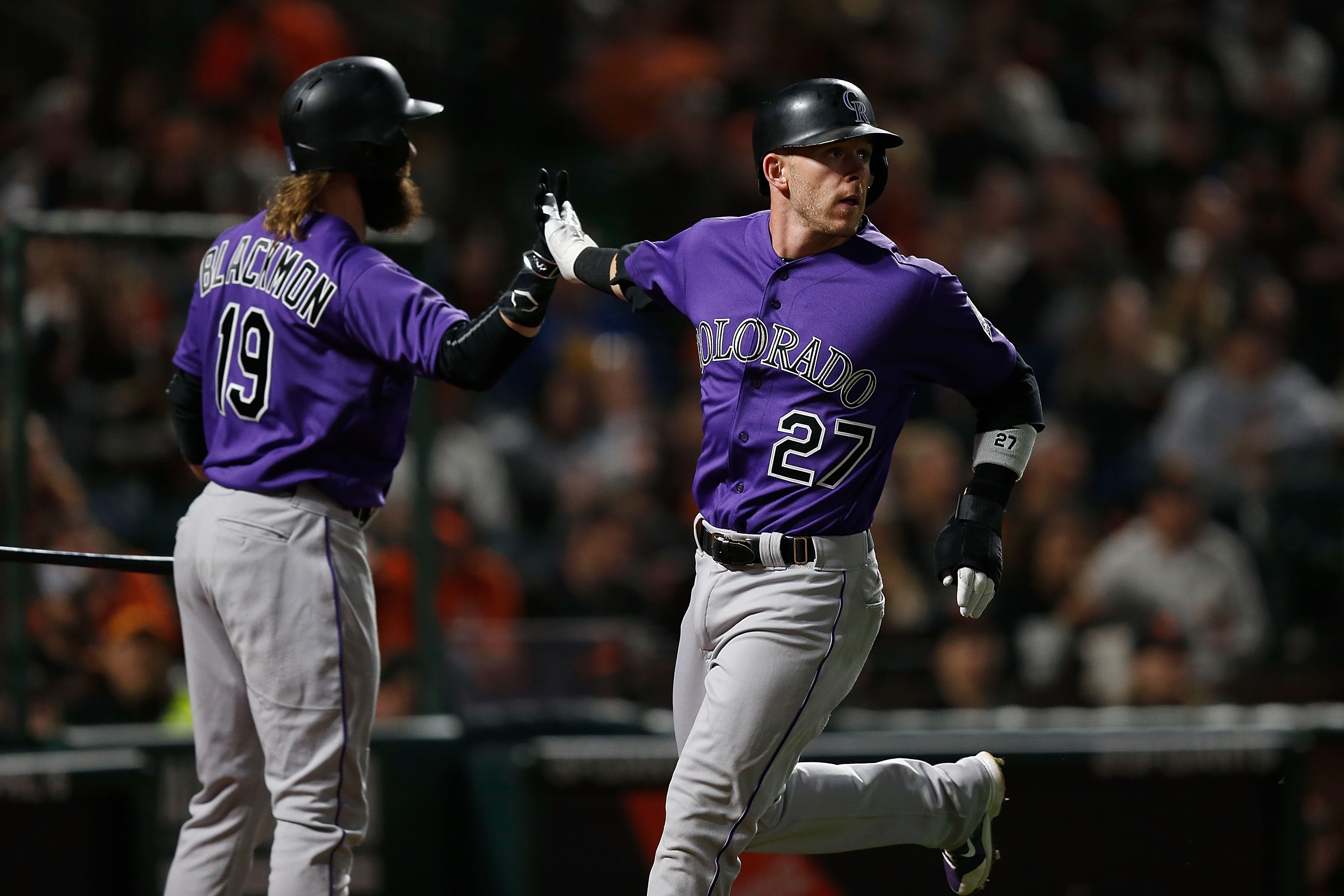 Last April, Colorado Rockies shortstop Trevor Story made his presence felt in a big way as a rookie. It’s kind of hard not to when you hit seven home runs in your first 12 career games and tie a rookie record for the most dingers in April (10).

There’s really no way for anyone to replicate that performance (.261/.324/.696 line with 10 homers and 20 RBI, good for a 143 wRC+). Even if he mashed once again this month, coming into the season expecting that level of production — especially in the power department — would be entirely unfair.

However, Story has unfortunately seen the other end of the spectrum this year with regard to April performances. He already experienced what it’s like to be on fire, and now he’s realizing what it feels like to start completely ice cold.

That’s evidenced by his .125/.263/.313 triple slash with 2 homers and 3 RBI in 57 plate appearances. As frustrating as the first handful of games have likely been for him, his results on offense haven’t all been bad. Not a whole lot has been good, though.

Probably the most encouraging part of Story’s lackluster start has been an improvement in certain areas of his plate discipline. Sure, the 38.6% strikeout rate is alarming and even more than the 31.3% mark he posted last year, but his walk rate has taken a nice jump because he’s chasing fewer pitches outside the strike zone.

He’s not swinging as much overall, and a vast majority of the swings he’s not taking are on balls that aren’t strikes. However, the bad parts are a drop in contract rate, going from 71.9% last April to 62.1% so far this month, and an increase in his swinging-strike rate, which was already high (12.9% to 15.8%).

Chasing balls less frequently is a great thing, but it’s hard for this to be a total positive when it translates to more swings and misses, along with just less contact overall.

Another positive for Story lies in part of his batted-ball profile. For a hitter that slugged 27 homers last year and plays his home games at Coors Field, it’s important to get the ball in the air. He hit fly balls 51.8% of the time last April, and that has increased this month to 69.2%.

But once again, this is only a small victory because of the way he’s making contact.

The increased fly balls are great, but the rest of his batted-ball profile doesn’t look good at all.

Story’s ground-ball rate and fly-ball rate are basically in line with what he did at this time last season, but the concerning areas include the drastic decrease in line drives and subsequent increase in infield flies.

That’s definitely not how you draw it up before getting into the batter’s box. As one would imagine, these trends have led to some eye-popping quality of contact numbers. And when I say eye-popping, I don’t mean it in the good way. During his historic run last year, Story made a ton of hard contact while limiting the soft contact. So far this season, it’s been the complete opposite.

For what it’s worth, those 2016 numbers held up throughout the course of the year (14.3% soft-hit rate, 40.8% medium-hit rate and 44.9% hard-hit rate last season). He’s clearly gone in the opposite direction through his first 57 plate appearances, and this is all evidence that his .167 BABIP isn’t exactly a product of tough luck — he’s just not making solid contact consistently.

The one saving grace for any offensive player on the Rockies is that they get to play at Coors Field 81 times a year, and Story took full advantage in 2016 — he posted a 147 wRC+ at home for the season, while his road wRC+ settled in at just 96.

The young shortstop has struggled everywhere to start the year, but it’s been really pronounced at home, where he’s produced a -35 wRC+, compared to a 97 mark on the road.

The good thing we can glean from all this? Well, it’s pretty much the same as everything else at this point in the year — it’s still early.

A two-week funk (to this point, at least) such as this gets some attention at other points in the year, but it’s never as much as when it happens to start off a season and stats take an immediate nosedive. And even though he’s healed from his thumb surgery last August, it’s the kind of procedure that could have more of an impact on a hitter’s swing for longer than we realize.

Story racking up a bunch of strikeouts is concerning, but it’s nothing out of the ordinary when looking at how he performed last year. Sure, he’s striking out a little more often, but increased strikeouts aren’t uncommon during rough patches such as this.

It is encouraging to see the early decreases in his chase rate, though. Story and the Rockies will be able to actually reap the benefits of that once he gets back on track and makes solid contact more consistently again. There’s no reason to believe he won’t get back to that point, but it’s interesting to note how he’s gone from one extreme to the other over the span of two seasons.

We know how he responded to last year’s torrid start, but now we’ll get to see how he digs himself out of a slump like this. 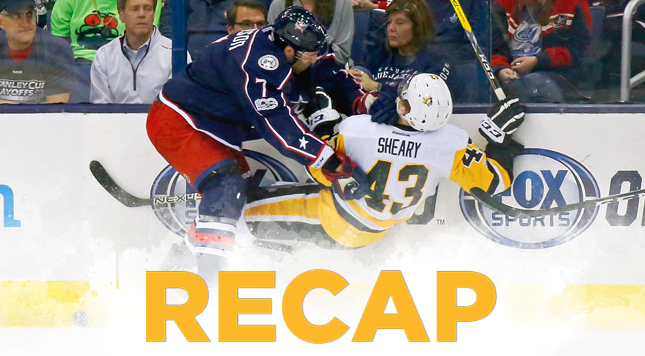 Columbus was eventually going to win a playoff game in regulation. The joke is over — and it sucks because they’re a franchise that deserves...