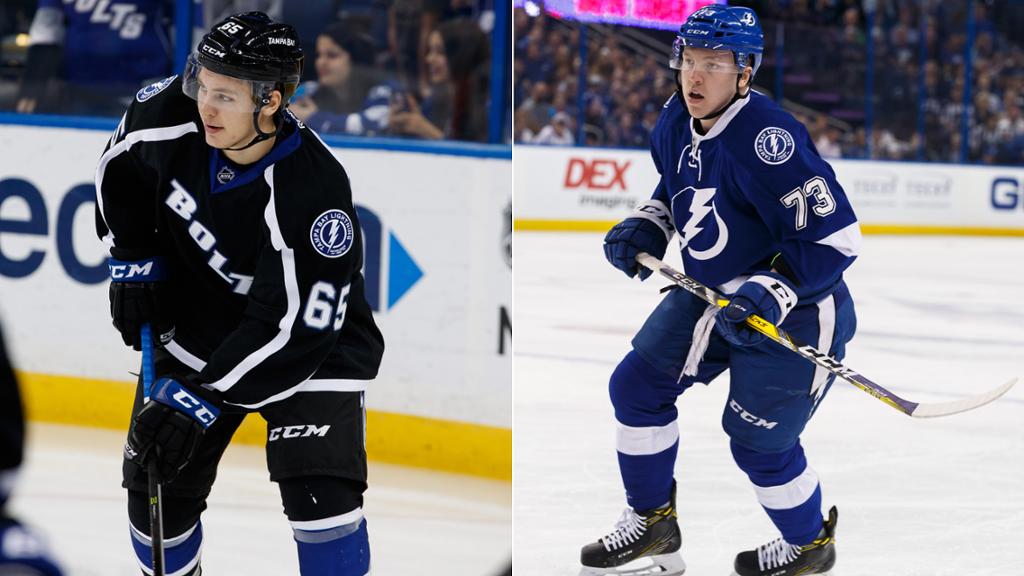 This year’s Stanley Cup Playoffs are officially underway. It’s a special time of year when sixteen teams lay it all on the line for a chance at winning a championship. Given the Tampa Bay Lightning’s recent success it’s more than a little odd to be looking at the postseason from the outside. Despite a valiant late run, the Bolts fell short of a wild card spot and face a long summer filled with uncertainties. It’s a tough pill to swallow for a team that’s enjoyed so much success recently. Not every year is going to be the year. That doesn’t mean the Lightning’s 2016-17 campaign was without merit. A lot of great things happened and they deserve to be recognized.

This is Part 2 in our series. You can read Part 1 here.

The Kids Are All Right – W.B. Philp

Each of these players contributed heavily to the Lightning’s playoff push that fell just short. With  the rash of injuries and the deadline trades, all of these skaters were forced to come of age much earlier than planned. The shuttle between the AHL’s Syracuse Crunch and the Lightning was used more than ever before. In fact, all four players were  active in the March 11 win versus the Florida Panthers.

“… you got to tip your cap to the players who’ve come up,” coach Jon Cooper said. “They’ve been game-changers for us. These guys … have really been the straw that stirred our drink.”

Former sixth-round pick in 2012, Jake Dotchin became a valued member of  the Tampa Bay blue line as he earned a spot on the top pairing with Norris Trophy candidate Victor Hedman. While Dotchin did not score a goal, he dished out 11 assists and was a solid defender with great possession numbers (A 53.7% Corsi) in 35 games.

Because of the injuries along the Bolts blue line, Dotchin grabbed hold of a job and looks to continue the work he showed this year. He is an RFA, but expect the Lightning to lock up this surprising youngster.

Adam Erne is the closest thing to the traded Brian Boyle that the Lightning have. The 21 year old power forward spent most of his time on NHL ice pinning opposing teams in their own end. The 2013 second-round pick also created scoring chances for himself and his teammates. The 6’1″, 215 lbs. power forward has deceptive speed and an uncanny ability to control the puck in traffic and drive the net.

Erne had three goals, 40 shots and 11 penalty minutes in 26 NHL games. Despite not making the playoffs, the NHL ice time given to Adam Erne provided him the one missing component in his game. Confidence. The confident power forward is ready to step up from training camp next season.

Yanni Gourde was almost done with hockey in 2012-13 when he scored just eight goals in 54 games with the Worcester Sharks and wasn’t asked to come back. He had ECHL stints with San Francisco and Kalamazoo before returning to Worcester on a PTO. He sparkled there and was a point per game player skating on the top line.

The Lightning kept watching Gourde and eventually he found himself playing in Syracuse where he became a big goal scorer and a playmaker. Crunch GM Julien BriseBois said Gourde may be the team’s strongest pound-for-pound player. Tampa Bay Times reporter Joe Smith writes: “But you can tell a difference in his confidence and his all-around game in his third NHL callup.”

With Tyler Johnson, Vladislav Namestnikov and Cedric Paquette (all centers) battling nagging injuries, Gourde got his chance to show his wares.

“He’s been a diamond in the rough down the stretch for us,” coach Jon Cooper said.

Writer Steven DiOssi tells us, “Before being recalled by the Lightning this season, the 5’9″, 175-pound forward has registered five goals and 12 assists in 28 games, putting him on pace to eclipse last year’s marks by a wide margin. At the same time, his play caught the eye of Lightning management, who chose to recall him over other players in Syracuse. While there’s no telling how long he will be with the Lightning this season once some of the team’s forwards recover from their injuries, his play has left a strong impression on head coach Jon Cooper.”

Peca scored a goal and added an assist in his ten games with the Bolts.

“He’s played very well, a goal and an assist the last couple games, give him credit, he’s a smart player,” Lightning associate coach Rick Bowness said of Peca. “Kids today, they’re coming up and they have the conditioning and the skill and everything, but they have that hockey sense and they have confidence. They’re not intimidated by the league, the young kids today, and that’s a great thing. This kid has hockey sense. He knows where to be and when to be there, and he has really good skills and speed. You put that combination together and you can play.”

The Lightning had a lot of things going for them in the 2015-16 season. The power play was not one of them. Saying Tampa was bad with the man advantage was an understatement as they finished the year with a PP% of 15.8 which stood at 28th in a league of 30 teams. After their run to the Eastern Conference Final concluded it was clear that a change needed to be made. Last summer it was announced that Todd Richards would join the coaching staff and take over the PP duties from Jon Cooper. The difference has been staggering.

The retooled power play ended the 2016-17 regular season at sixth in the league with a PP% of 22.8. That’s a remarkable jump in productivity for an area that struggled so mightily the year before.  A lot of the same players saw time on the PP unit so the personnel was largely the same. Richards has simplified the team’s approach with the man advantage and tweaked existing strategies. So often the Lightning would keep searching for the perfect shot. While passes are going to be made to open up space in the zone, the new plan required shooting. And a lot of it.

A revitalized power play plan combined with a team stacked with offensive talent? This could be a huge boon for the Lightning next season.

This season’s trades are a bit of a sore subject with a lot of fans. It’s hard to see well liked players like Ben Bishop, Valtteri Filppula, and Brian Boyle go. They were key parts of a close knit team that did incredible things together. Unfortunately they fell short of their ultimate goal. When emotional ties are formed with a team it’s hard to see that severed but sometimes hard choices have to be made. Enter Steve Yzerman.

Had those mid-season moves not been made the Lightning would have ended up with an overage of $1,196,668 according to Cap Friendly. With Victor Hedman’s cap numbers essentially doubling when his new deal set to kick in next season and a number of high profile players needing new contracts every dollar matters for the Bolts.  The look of the Lightning is going to change this summer. These moves, while a bit painful, were necessary to give them the room to rebuild for next year.

Come on. Yzerman got the Flyers to take Filppula’s cap hit. He should be up for GM of the year for that alone.