This Isn't The Kind of Performance Kevin Gausman Had in Mind 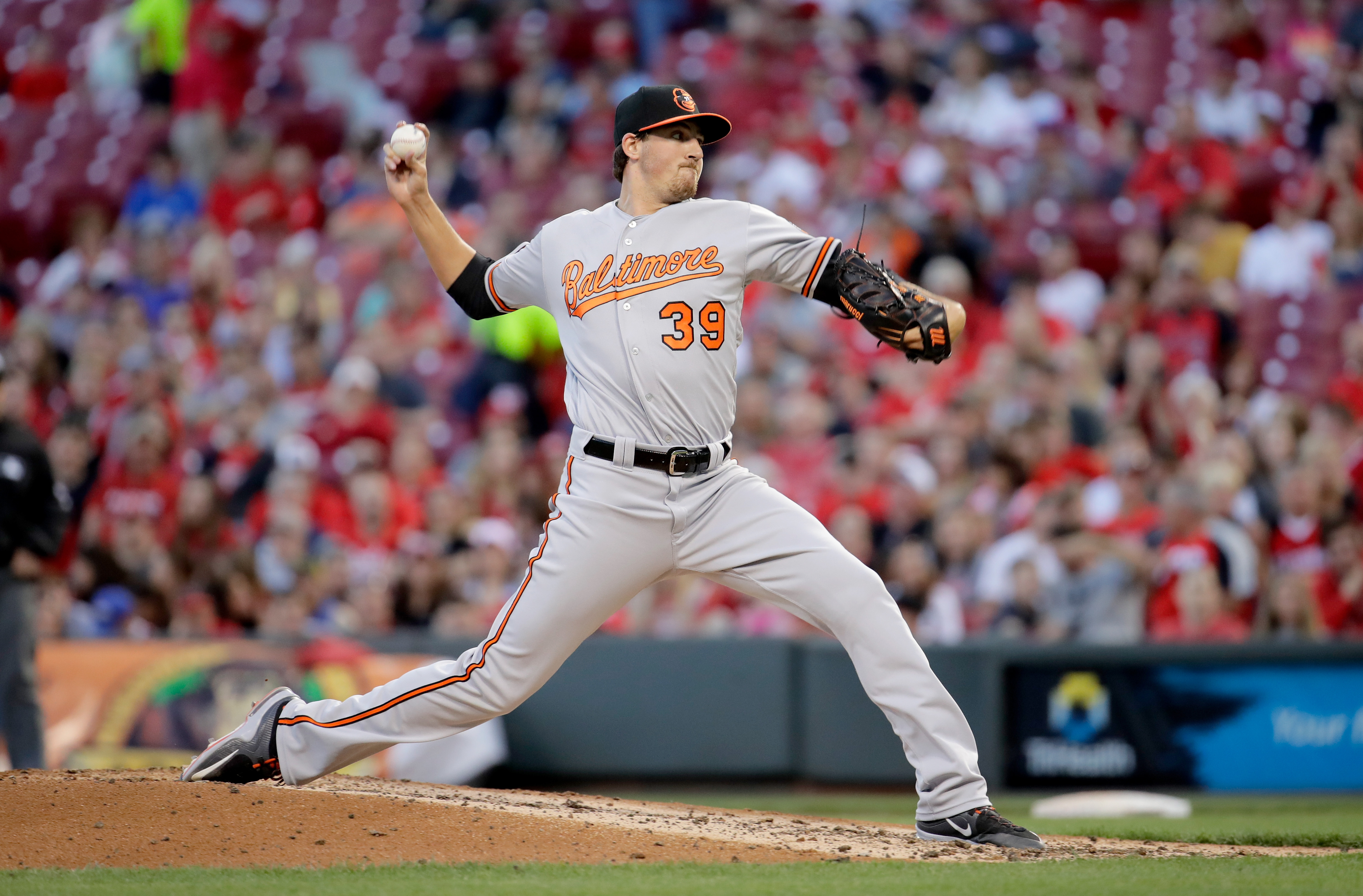 This Isn't The Kind of Performance Kevin Gausman Had in Mind

Fresh off having one of the more disappointing starting rotations in baseball last year, the Baltimore Orioles didn’t do much to change this group in 2017.

Instead, they were hoping their young hurlers would take another step forward to lead the unit as a whole. That included Kevin Gausman, who parlayed a strong second half and impressive performance during Spring Training into an Opening Day start against the Toronto Blue Jays.

The thing is, his strong showing after the 2016 All-Star break hasn’t exactly carried over into this year.

The Orioles need him to pitch like an ace this year, but he’s done the complete opposite. What’s going on?

Walks Are Still a Problem

After an uneven first half of 2016, Gausman appeared to start putting things together following the All-Star break. It didn’t come without red flags, though, and there’s one problem in particular that has followed him: allowing too many walks.

It was interesting to see Gausman still have success despite his walks allowed per nine innings rate go from 1.97 in the first half to 2.71 in the second half last year. The one thing that allowed him to keep his other numbers in check was his ability strand runners, which he did at a career-high 81.2% rate (including 84.3% after the All-Star break).

The walks haven’t gone away, but his ability to keep runners from scoring sure has. Yes, it’s only been 24 innings, but allowing 5.63 walks per nine — along with 6.38 strikeouts per nine — isn’t going to fly. Having a strand rate that’s dropped down to 67.6% isn’t going to help, either.

He currently has a .361 BABIP allowed, which is a little higher than his career .308 mark. That and the 12.8 hits he’s allowing per nine are bound to come down if he continues limiting hard contact, though (24.1% soft-hit rate and 26.4% hard-hit rate).

The young right-hander isn’t allowing more overall contact than in recent years, so it seems as if control is his biggest issue.

Gotta Get the Splitty Working

So far in the young season, Gausman’s pitch selection looks awfully different than it has in recent years. Here’s a look at the frequency of which he throws his pitches right now compared to last season, with average velocity in parenthesis.

Again, it’s still early, but’s it’s weird to see such a heavy reliance on his slider, a near complete abandonment of his changeup and a noticeable drop in his splitter after being rather consistent over a number of years. Another thing that jumps out is the bump in velocity.

There are other explanations for that, but either way, the lack of difference in the speed of his offerings could make timing them a little easier for big league hitters.

Up until this year, Gausman’s splitter has consistently been his second-most thrown pitch, and not only is he throwing it less frequently, but he’s also not experiencing the level of success he’s used to getting with it. Throughout 2016 (148 at-bats in which he threw at least one splitter), opposing hitters compiled just a .196 batting average, .291 slugging percentage and .095 ISO. They managed just 5 doubles and 3 homers off that particular offering.

But so far this year (18 at-bats), opposing hitters have posted a .389 average, .722 slugging percentage and .333 ISO, which includes 2 homers. The sample size is small, but the splitter has consistently been one of his most successful pitches, making this concerning. It’s also something he needs to figure out with new catcher Welington Castillo now that Matt Wieters is no longer around.

Plenty of Time to Turn it Around

The obvious caveat here is that it’s only the end of April — Gausman has only taken the ball for five starts, and still has another 30 or so to right the ship, as long as he stays healthy. Dylan Bundy has held up his end of the bargain so far as one of Baltimore’s young hurlers appearing to take a step forward, and Gausman needs to join him quickly.

Bundy currently leads the O’s starting staff with a 1.4 fWAR, but his counterpart is hanging out at the bottom with a -0.1 fWAR.

Although his strong second half had a couple red flags, Gausman showed the ability to be a frontline starter. There are a few things to address, but it seems as if his key to happiness and success on the mound lies in getting his control…under control.

The Stanley Cup Playoff starts tomorrow, and frankly, it is one of the more normal sensations we’ve had on the sports calendar in a while. (…)