Spurs use fourth quarter to down Grizzlies, take series lead 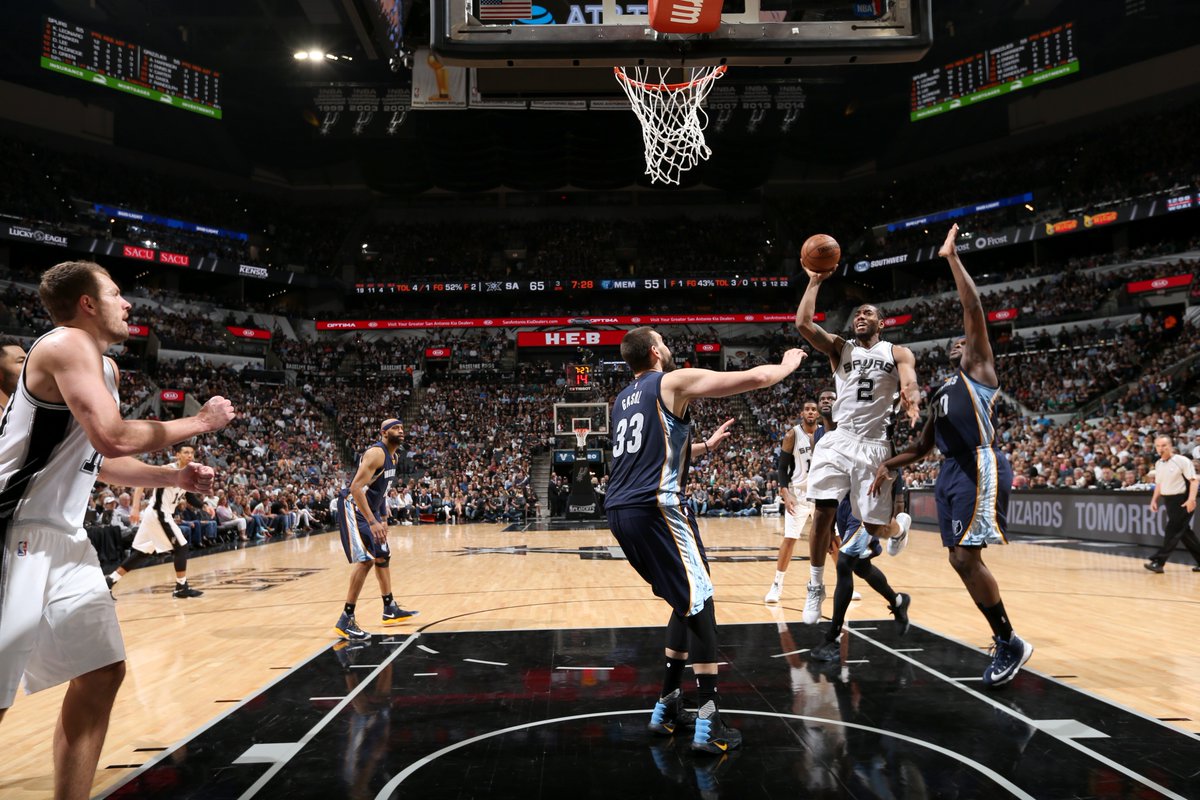 Spurs use fourth quarter to down Grizzlies, take series lead

The San Antonio Spurs knew they needed to get Kawhi Leonard help from their bench if they wanted any chance to beat the Memphis Grizzlies and take the series lead. That help came in the form of Manu Ginobili and Patty Mills.

The duo combined for 30 points as the Spurs earned a 116-103 win over the Grizzlies in Game 5 of their best-of-seven series at the AT&T Center on Tuesday night.

Kawhi Leonard led the Spurs with 28 points. Patty Mills had a postseason career-high 20 points and Ginobili added 10 for San Antonio, who can close out the Grizzlies in Game 6 on Thursday.

”You know that he’s got a huge heart, and he has a huge effect on our team when he’s healthy,” Spurs coach Gregg Popovich said of the 39-year-old Ginobili. ”And having a good night, starting out the way he did, was really a big boost.”

San Antonio built a 17-point lead before Memphis came roaring back to make the game close in the final moments of the third quarter. The Spurs put any doubt of a loss behind them with a 13-0 run to begin the fourth quarter, never trailing again.

Mike Conley led the Grizzlies with a team-high 26 points. Marc Gasol added 17 for Memphis, who will be fighting to stay alive and force a Game 7 on Thursday.

”We were definitely sharper with our defensive execution at home,” Grizzlies coach David Fizdale said. ”No doubt about it. It was night and day. The mistakes, just mindless mistakes today. A lot of their baskets came off breakdowns.”

Patty Mills is Project Spurs’ Player of the Game. He sparked the Spurs’ 13-0 run in the fourth quarter, hitting four shots from beyond the arc and playing solid defense to try and slow down Conley.

Up next: The Spurs lead the best-of-seven series 3-2 and will look to close out the series on Thursday in Game 6 inside the FedEx Forum at 8:30 p.m.