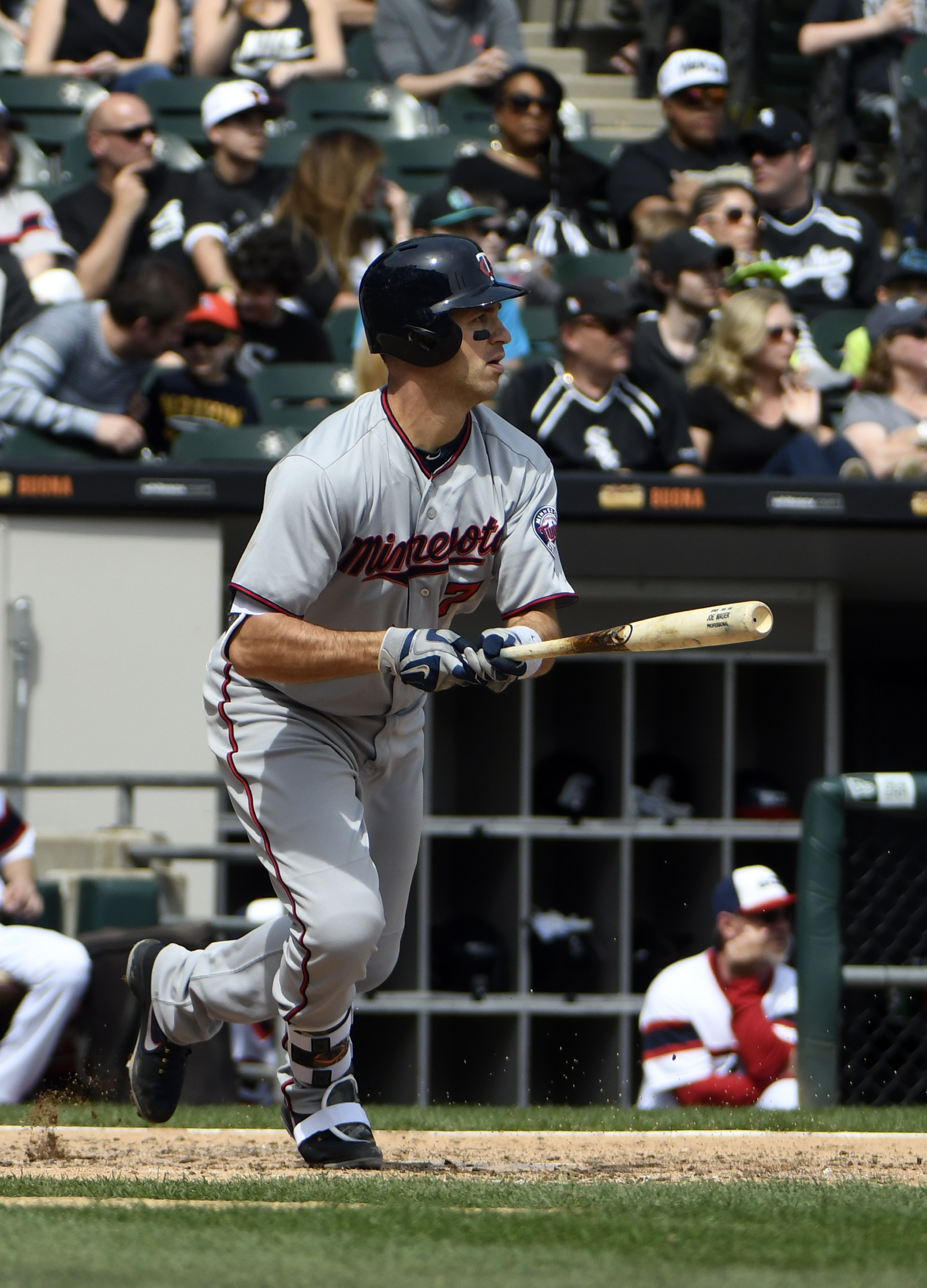 The Hero: Rewatch the above video. The guy who did that.

The Goat: Again, above video. If you don’t know Matt Barnes, you might recognize him as “guy who gave up Joe Mauer’s first career walk off home run”

The Soundtrack: When You Were Young – The Killers. Speaking of not being young anymore, Joe has never looked grayer than he did in the light after the game today. Also, this is his 14th year in the league. It’s about time he developed those man muscles.

The Story: OK, let’s quickly cycle through the beginning of the game. Phil Hughes was effective, and worked 6 2/3 with 6 hits, with the only run allowed on a solo homer to Andrew Benintendi. The Twins still had a lead, thanks to the heart of the order, with Joe Mauer, Miguel Sano and Robbie F’n Grossman collecting an RBI apiece, putting the Twins up 3-1 by the end of the 7th. The Twins were leading until the top of the 9th, then Brandon Kintzler was BABIPed into submission, blowing a save and allowing two runs.

Oh, and look at that pitch. The resulting swing was downright Rosarian. It was high and away on a 1-2 count. Nobody should swing at that pitch. What the heck was Joe Mauer, of all people, doing swinging at that pitch? Has he realized that nobody cares if people strike out now? Just swing the bat at whatever you can reach! Joe Mauer is very tall, and he can reach a hell of a lot of pitches. This new strategy, if it is a new strategy, has tested well in its first trial.