10 Hot Starts in MLB That Aren't Built to Last 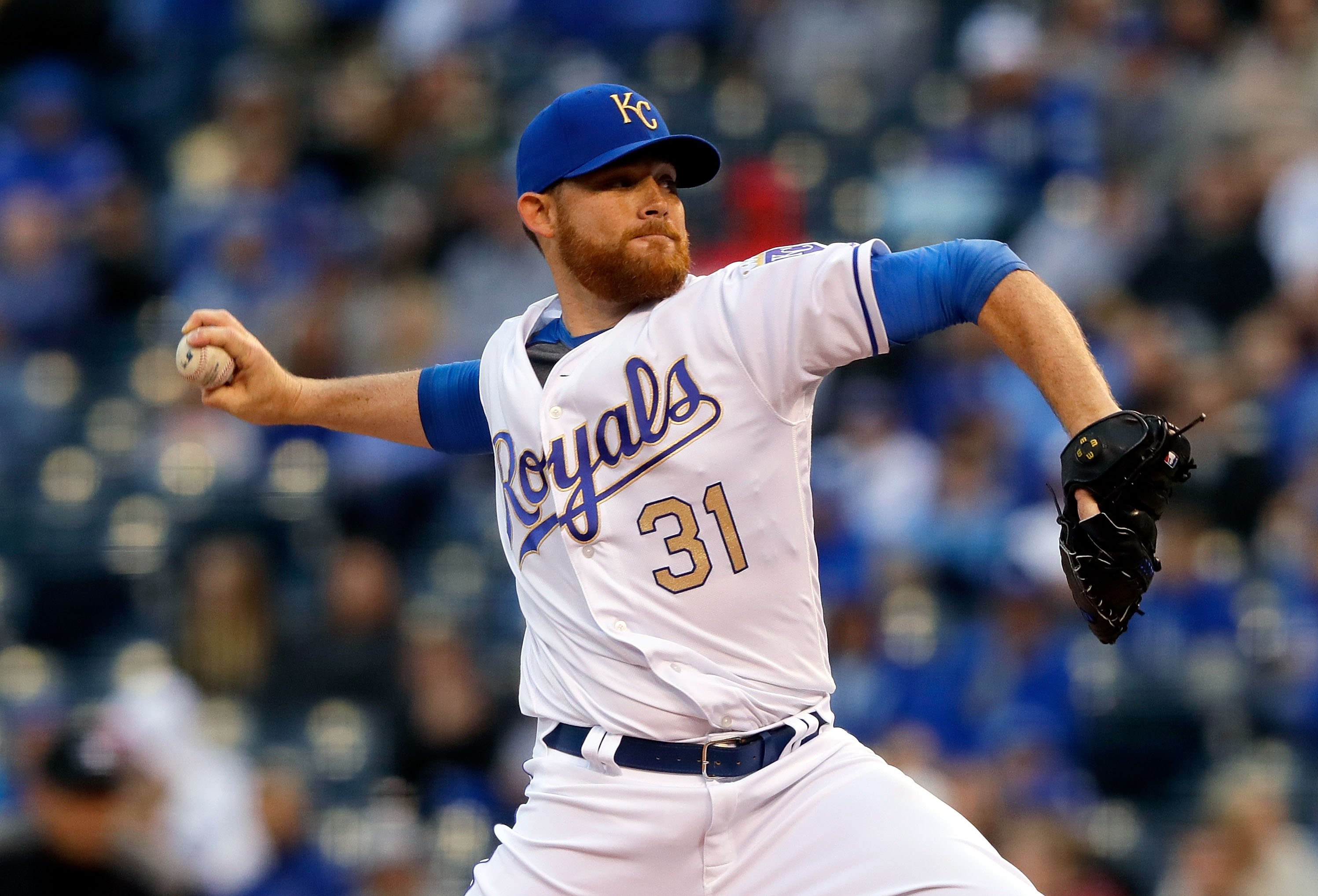 10 Hot Starts in MLB That Aren't Built to Last

With each big league ballplayer staring down six months of regular season play on Opening Day, every single one of them hopes for a fast start. However, having a strong month or two doesn’t guarantee that those trends and high levels of production will continue through to September.

As we march toward the dog days of summer, it gets harder to use the “small sample size” argument, but there are still certain statistics that need more time to stabilize before putting a whole lot of stock in them.

Some hot starts appear to be legit — like Yonder Alonso turning into a power hitter and Chris Sale getting back to collecting strikeouts — but not all performances are created equally.

Potentially even more important than the numbers displaying a hot start are the underlying stats telling us whether certain trends appear to be sustainable.

The following 10 players have experienced success to start 2017, but landing on this list doesn’t necessarily mean their performance is going to bottom out at some point (some might, though). However, unless some peripheral stats change, it’ll be awfully hard to keep up their current pace.

The hot start: Sure, it’s hard to say a pitcher off to an 0-3 start like Ian Kennedy is “hot”, but we know wins and losses don’t define how productive a hurler is.

Why it’s not sustainable: Kennedy has put together some solid numbers despite Kansas City’s terrible offense, but his peripherals are telling a different story. His FIP (4.43), xFIP (4.79) and SIERA (4.45) are all significantly higher than his ERA, suggesting he’s experienced quite a bit of good fortune.

That seems to check out when looking at his 7.82 K/9 and 3.79 BB/9 — if those numbers hold, it would be the third consecutive year they each got worse. He’s posted a .200 BABIP against in 2017, but with a 35.8% hard-hit rate and a fly-ball rate that continues to increase, it seems like regression is on its way. The hot start: Ian Desmond was supposed to be Colorado’s Opening Day first baseman, but an injury during Spring Training opened the door for Mark Reynolds, and he’s taken full advantage. His 11 homers are among the league leaders while boasting a very impressive .321/.379/.661 line with a 151 wRC+ and .434 wOBA.

Why it’s not sustainable: A fly-ball hitter for most of his career, Reynolds has been hitting fewer balls in the air each season. After posting a 48.1% fly-ball rate in 2014, it’s decreased each year since, and currently sits at 29.1%. He’s paired that with a 50.0% ground-ball rate and somehow still has a 44.0% homer-to-fly-ball ratio (HR/FB). The hot start: After a couple rough years — one in Tampa Bay and another in Arizona — Jeremy Hellickson has turned his career back around with the Phillies. The right-hander is 4-1 through seven starts (38.2 innings), and if it wasn’t for a couple rough outings against good offenses in the Chicago Cubs and Washington Nationals, his ERA would be a lot lower than his current 3.49 mark.

Why it’s not sustainable: While he’s never been a strikeout machine, Hellickson has produced a 17.8% strikeout rate during his pro career, including a 20.0% mark last year. That’s why his current 10.7% rate is so alarming — and it’s backed up by a 7.8% swinging-strike rate, which would be a career worst.

It’s a big reason why his SIERA is sitting at 5.29, and before those back-to-back rough starts, the difference between his SIERA and ERA was the largest among qualified hurlers. The hot start: After putting it all together in 2016, Xander Bogaerts is off to another strong start. He’s currently hitting .340/.393/.417 through 112 plate appearances, and one of the more encouraging changes for the young shortstop has been a decrease in strikeouts — after striking out 17.1% of the time last year, he’s down to 9.8%

Why it’s not sustainable: On the flip side, one of the most concerning parts of Bogaerts’ start has been his lack of power — he hasn’t yet hit a home run and has just six extra-base hits (four doubles, two triples). His .078 ISO is a lot worse than 2016’s .152 mark, and his batted-ball profile sheds light on what the problem is.

Not only does his soft-hit rate match his hard-hit rate (26.1%), but also check out the changes in his ground-ball rate and fly-ball rates since 2015.

These trends will make it difficult to keep up his current triple slash and even come close to matching those 21 homers he hit last season. The hot start: Dallas Keuchel didn’t look like a reigning Cy Young winner at all last season, but it sure looks like he’s back in business this year. He’s thrown at least seven innings in each of his seven starts, and until he gave up five earned runs to the Los Angeles Angels last Friday, he hadn’t given up more than two earned runs in a single start.

Why it’s not sustainable: Keuchel’s hot start has been fueled by keeping the ball down in the zone and posting a ground-ball rate of 63.0%, which is reminiscent of his Cy Young campaign. However, there are two stats that most likely still need to come back down to reality. The hot start: Zack Cozart‘s career OPS is .689, which looks quite a bit different than the 1.027 mark he currently owns in 2017. His .588 slugging percentage only includes two homers, but also nine doubles and four triples. He sports a walk rate (14.7%) that’s nearly the same as his strikeout rate (19.0%), as well.

Why it’s not sustainable: For a player with a career .143 ISO, it’ll be rather difficult to keep his current .237 ISO going without hitting home runs since triples aren’t exactly something to count on. His batted-ball profile — including his quality of contact — basically look the same as last year, when he hit .252/.308/.425 with 16 homers and 50 RBI. The hot start: Ervin Santana, like the Minnesota Twins, has gotten off to a surprisingly strong start. The right-hander already has a complete game shutout on his stat sheet to go along with a sparkling 5-1 record and 1.72 ERA, while leading the league with a 0.79 WHIP and 4.0 hits allowed per nine innings.

Why it’s not sustainable: Santana already isn’t allowing many base runners, but the ones he does allow, he leaves there. It’s only a matter of time before his .132 BABIP (.283 for career) against and 98.0% strand rate (73.0% for career) come back closer to normal and the gap between that ERA and his 4.30 SIERA get a little closer. The hot start: Buster Posey  has been a base-hit machine and is the proud owner of a .363/.437/.505 line through 103 plate appearances. Despite a batted-ball profile that looks mostly the same from last year’s somewhat disappointing performance — by his standards — he has a .390 BABIP and his walk rate and strikeout rate are basically the same as 2016.

Why it’s not sustainable: He displayed plenty of it on Monday against the New York Mets, but most of Posey’s 2017 has been missing power. As mentioned earlier, his batted-ball profile doesn’t look very different from the year before, but he’s making more contact on balls outside the strike zone than last year, which is likely a reason behind his hard-hit rate settling in at just 27.6%. The hot start: With Jon Gray and Chad Bettis both on the disabled list, the Rockies needed someone to step up in the rotation. That’s what rookie southpaw Kyle Freeland has done through 34 innings of work, posting a 3-1 record with a 2.65 ERA and 1.32 WHIP. His K/9 rate sits at just 5.29, but he’s found success through a 64.2% ground-ball rate.

Why it’s not sustainable: Keeping the ball on the ground is never a bad thing, but judging from his 5.6% swinging-strike rate, he won’t be able to improve his strikeout rate. Hitters have accumulated one of the lowest chase rates in baseball against Freeland (23.6%) and he’s allowing 3.7 walks per nine innings, along with 8.2 hits per nine.

That’s a lot of base runners to deal with when you don’t have legitimate swing-and-miss stuff in a division that calls both Coors Field and Chase Field home.

The hot start: Cesar Hernandez has shown an ability to put his bat on the ball rather consistently throughout his young career. So, while a .333/.377/.496 triple slash would be a career high, the most eye-popping part of his start has been an emergence of home-run power.

Why it’s not sustainable: His ground-ball rate is currently a career best, but it’s still over 50.0%, and while his fly-ball rate has increased, it still hasn’t surpassed the 25.0% mark. If we combine that with a 22.7% hard-hit rate — which is much lower than the 26.0% he posted last year — this power surge will be tough to keep going.

He’s also posted an 84 wRC+ on grounders so far this year, which is much better than the 53 wRC+ he’s accumulated throughout his career.