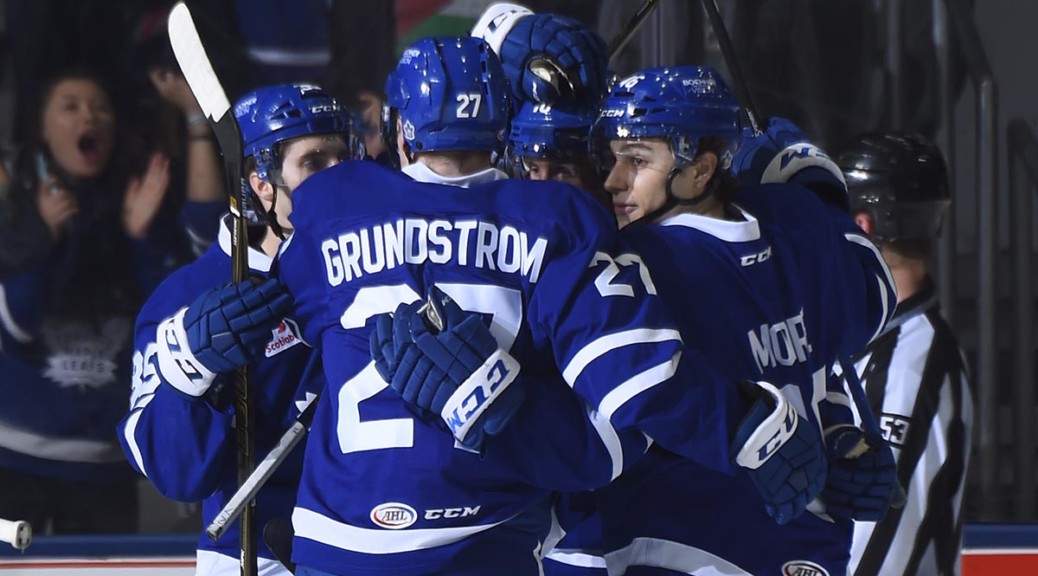 Andrew Nielsen‘s goal with 8:27 left in regulation broke a tie and sent Toronto to a 2-1 win over Syracuse in Game 6 of the North Division Finals at Ricoh Coliseum on Monday night.

Michael Bournival scored for Syracuse and goalie Mike McKenna made 23 saves in the loss.

The first period was scoreless, but the Crunch opened the scoring at 2:09 of the second stanza when, on the power play, Bournival blew by a Toronto defenseman and beat Marlies goaltender Kasimir Kaskisuo for his second goal of the postseason.

Syracuse took six minor penalties during the game which was a big factor in the loss. With defenseman Slater Koekkoek in the box for holding, Marlies rookie Carl Grundstrom came from behind the Crunch goal and backhanded one past Mike McKenna to tie the game.

Kaskisuo was outstanding on the night, stopping Gabriel Dumont on a breakaway to keep the game even.

With Daniel Walcott in the sin bin for slashing, Nielsen fired a slap shot through a screen that found its way between the legs of McKenna for the game-winner.

The Crunch have shorthanded goals in four post-season games. The team leads the league with four.

Game Seven is Wednesday night at the War Memorial.