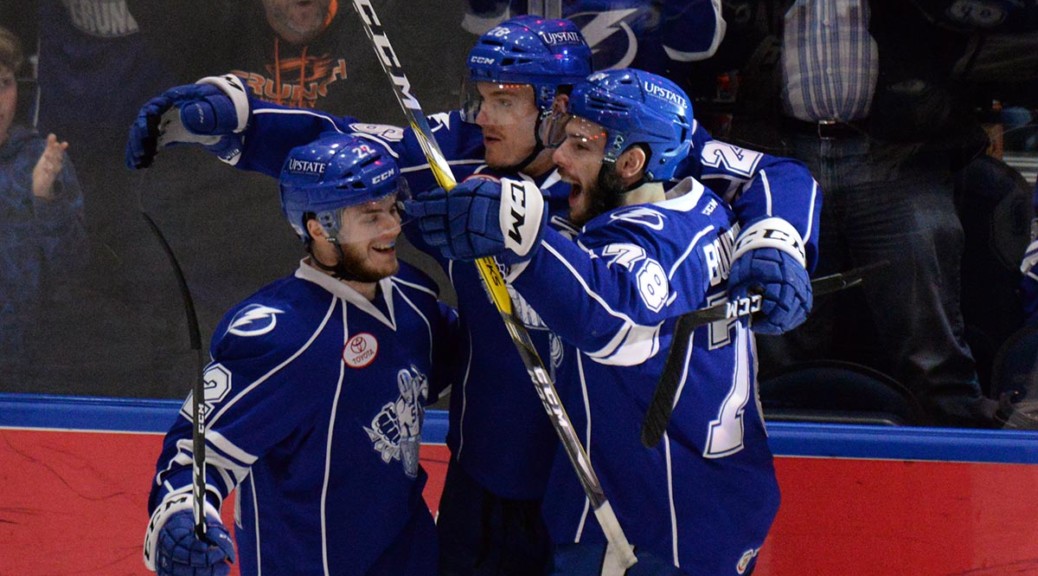 Cory Conacher scored the winning goal with 5:06 left in regulation to send the Syracuse Crunch to a 3-1 win over Providence and their second Eastern Conference championship in five years.

The Crunch eliminated the Bruins in five games to advance to the 2017 Calder Cup Finals.

Conacher, who added an empty-net goal in the game’s final minute to seal the victory, recorded 10 points in the last three games of the series and now leads the AHL with 20 points on the postseason.

Chris Porter scored the only goal for the Bruins, and Malcolm Subban stopped 29 of 31 shots in his first start of the playoffs.

It will be the second head-to-head meeting in the AHL’s championship series in the last five years for the clubs. The Griffins defeated the Crunch, four games to two, to win the Calder Cup in 2013.

As Western Conference champions, the Griffins, top development affiliate of the National Hockey League’s Detroit Red Wings, have won the Robert W. Clarke Trophy in their second season under head coach Todd Nelson. The Griffins were 47-23-1-5 (100 points, .658) and finished second in the Central Division during the regular season before defeating the Milwaukee Admirals (3-0), the Chicago Wolves (4-1) and the San Jose Barracuda (4-1) en route to the Finals.

The top development team of the NHL’s Tampa Bay Lightning, the Crunch are the winners of the Richard F. Canning Trophy as the AHL’s Eastern Conference champions. Under first-year head coach Benoit Groulx, the Crunch won the North Division with a record of 38-24-7-7 (90 points, .592) and eliminated the St. John’s IceCaps (3-1), Toronto Marlies (4-3) and Providence Bruins (4-1) in the playoffs.

Established in 1990, the AHL’s Western Conference championship trophy honors Robert W. Clarke, who served as the Chairman of the AHL’s Board of Governors from 1967-94. In 1956, Mr. Clarke played an instrumental role in the formation of the Rochester Americans, one of the most successful franchises in AHL history and themselves a seven-time recipient of the Clarke Trophy.

Established in 1990, the AHL’s Eastern Conference championship trophy honors Richard F. Canning, who served the AHL for more than 50 years during his career, including a term as league president from 1958-61. Mr. Canning is recognized as the author of the AHL’s constitution, by-laws, and regulations. -(TheAHL.com)