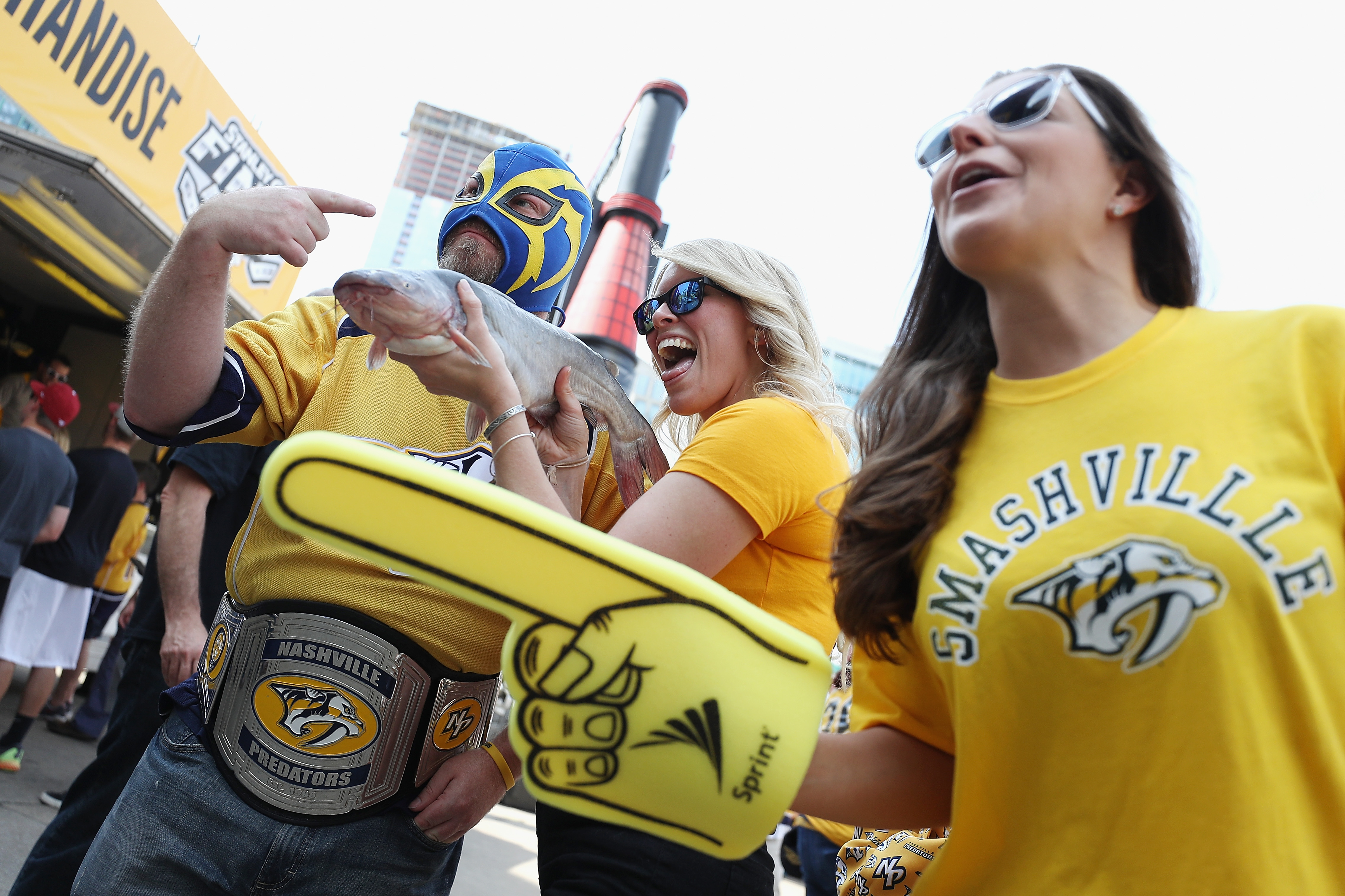 After four games of the Stanley Cup Finals, all anyone seems to want to talk about is… Nashville’s crowd. The national hockey media, after years of bashing the Sunbelt teams for not being real hockey towns, has gotten a full taste of the raucous atmosphere the team and its fans have been able to create in a “nontraditional” market. And the MEDIA won’t stop talking about it, which is driving everyone, from Pittsburgh area weathermen to the biggest Preds partisans, slightly insane.

Nashville has had a good crowd for a long time – they’ve been near capacity every season since about 2010 – and I thought they already got their due when the city hosted the Jon Scott All Star Game. But apparently, this is suddenly the time to fawn over the crowd’s energy, driving the narrative into the ground. Befuddled media ask, how did the crowd get this involved, this loud, this good? It’s simple – the team is good. Nashville has been a consistent playoff contender for years.  Their success hasn’t been a one off, on-again, off-again deal as in other Southern markets (Florida and Carolina come to mind). Since the 2003-04 season, they’ve only missed the playoffs three times. That’s how you build a fanbase. And with this year’s Stanley Cup run, they’ve added a whole raft of new fans. That’s how a “hockey town” and a great crowd are created – by success. People like to watch their team win, even if they didn’t grow up playing the game or even watching it all that much.

While there are things an organization can do to engage the crowd regardless of the team’s quality, the one overriding thing that drives a good crowd is success, plain and simple. I grew up in Chicago, and remember going to games at the United Center in the pre-Kane/Toews era. The building was nearly always half full; you could hear a pin drop in there. Fast forward a couple years, the United Center is the Madhouse on Madison, a loud, engaged crowd. Wonder what changed. Chicago – an original six hockey town – got its crowd back right around the time they started competing for cups.

The best hockey crowds are the ones that can cheer on good teams. The exceptions are few: I’d say Montreal and Toronto are the only teams that pack the building night in, night out, no matter how good or bad the team is. Even then, a losing team with a full building doesn’t always make for a great crowd – something we’ve seen many times in Buffalo over the past couple of seasons, and ditto for Toronto and Montreal during their down years. Toronto can have a pretty dead arena – Leafs fans often complain of the ‘suits’ in the lower bowl not making any noise – and Montreal fans have little patience if their team is stinking up the Bell Center.

By and large, hockey crowds are as good as their teams. Watching these playoffs, I’ve been thinking of how fun it will be when the Sabres make it back to the playoffs – whenever that is. Does anyone else remember the 05-06 run, when the crowd was so loud the arena was shaking? That’s a far cry from the Sabres crowds of the past couple seasons, who were probably loudest when Arizona beat the Sabres in the tank game. (Second place, I guess, goes to Eichel’s OT goal against Carolina, or when everyone boos Patrick Kane.) We all know, deep down, that Buffalo loves hockey – but we’ll truly see and hear it once the team is making playoff runs. For now, we can watch Nashville’s undeniably fun crowd, mute the national media that won’t shut up about it, and hopefully just enjoy the rest of what has been a very good series – on the ice.

Health and Fitness 5m ago