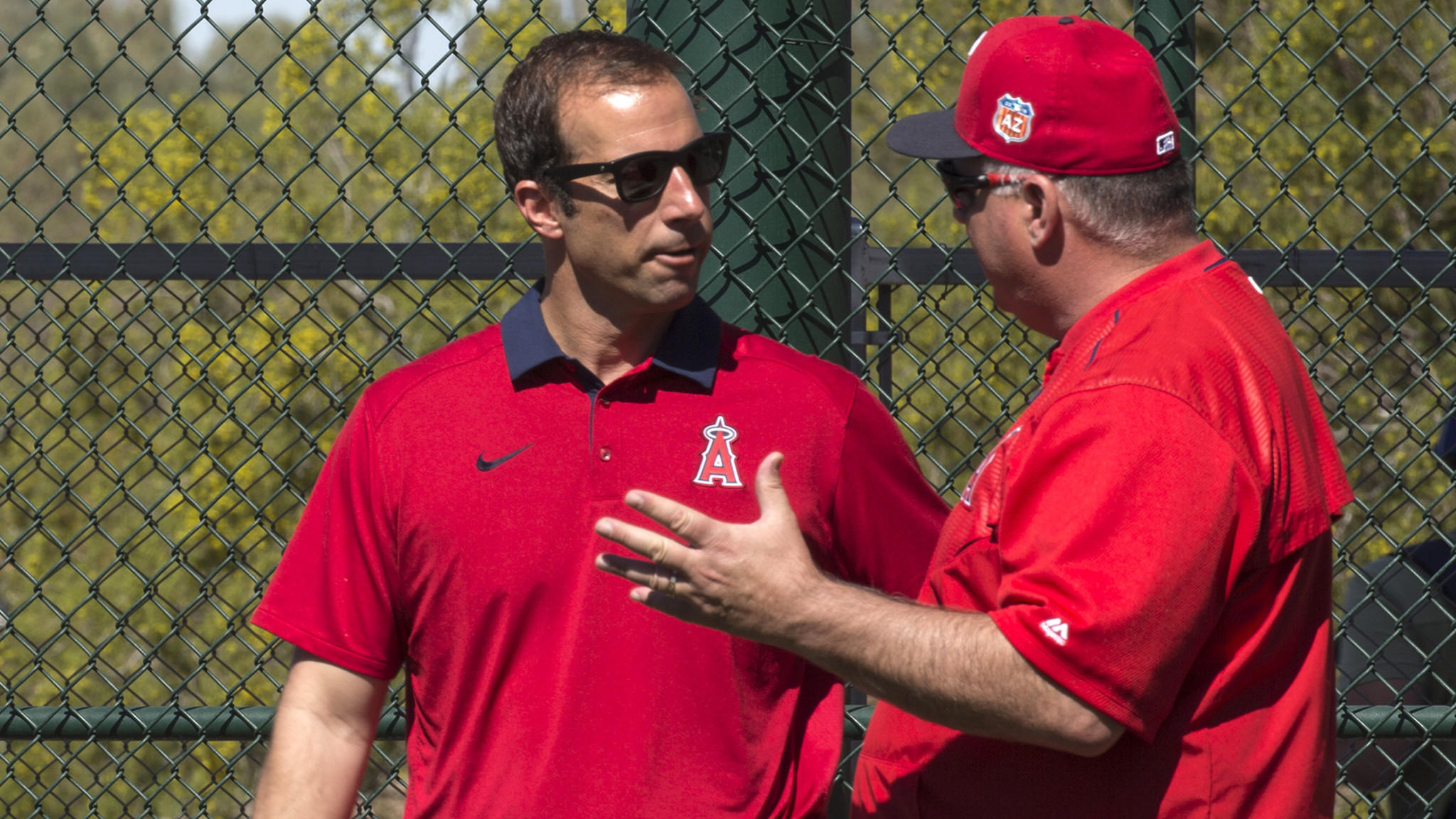 In order to gain some insight into the trade market we first need to determine which teams are in contention using projected standings, where they need help, and then examine each Angels trade chip and determine if there is an actual fit and opportunity for any of those clubs. Later in the series we will use this same information as a basis for how the Angels can improve if they are within striking distance near the deadline.

For the former we will use FanGraphs 2017 Projected Standings sorted by 2017 Projected Full Season Win Percentage (W%). Any team that is, as of June 10th, 2017, within 5 games of the 2nd Wild Card spot will be considered a contending team for the purposes of this exercise since we still have approximately 6-7 weeks to play before the deadline. Those teams are listed below:

The color scheme is as follows: Green indicates a team that projects to win their Division. Yellow specifies a team that is expected to win one of the two Wild Card spots in each League. Light red designates a team that is projected to be out of the playoff race but is within 5 games of the 2nd Wild Card berth and hypothetically has a reasonable chance of sneaking into the playoff conversation over the next few weeks. No color, of course, means the team is 6 or more games back of a Wild Card spot and has greatly diminished chances to turn their season around.

As you can see the Angels are right on the brink of the cut-off but are still in the Wild Card conversation. If they can tread enough water until Trout returns (and they have managed to do that so far) Eppler could be both buyer and seller at the deadline (i.e. lateral moves).

To be clear the choice of a five game cut-off is an arbitrary one by the author. A lot can happen between now and the end of July. All it takes is one huge winning streak for a team to put themselves back in the race so this exercise, while worthwhile, is not the end all, be all, of how the trade deadline will play out. It is a basic numbers-based analysis to give Angels fans greater insight into the potential opportunities leading up to the trade deadline.

Speaking of numbers-based analysis, in this series the author has selected K-BB%, wRC+, and DEF as the basic metrics in the analysis. Strikeout minus walk percentage is generally a good measure of pitcher performance while weighted runs created plus is also a fine measure of hitter performance. DEF isn’t as good a measure, particularly over small sample sizes, but it does give some perspective when you look at the entire team. To compliment DEF the author will consider Ultimate Zone Rating per 150 innings and recent, previous, player defensive history in the articles to come.

Any team outside of the Top 10 on any of these lists is probably a team that would like to upgrade in that category prior to the deadline. The Rangers, Orioles, Twins, Mariners, and Tigers, in particular, are in the bottom half of this first list and more likely in need of a pitching upgrade against left-handed hitters.

Here the Twins, Rangers, Tigers, Brewers, Orioles, Mariners, Rays, and Rockies are all in the bottom half and will likely need to improve their pitching against right-handed hitters if they decide to go all in on the season.

A bit surprisingly one of the projected Division winners, the Indians, is in the bottom half of this list along with the Diamondbacks, Rockies, and Blue Jays, who are all projected Wild Card winners, and the Rangers, Twins, Rays, and Mariners. All of them may be on the lookout for right-handed bats at the deadline.

Here the projected Division-winning Cubs surprisingly find themselves in the bottom half versus right-handed pitching along with three projected Wild Card winners, the Rockies, Red Sox, and Blue Jays as well as the Orioles and Angels. If the Angels find themselves still in it at the deadline this is probably an area for Eppler to focus on.

Our final category, team defense, shockingly has 5 of the 6 projected Division-winners, the Astros, Indians, Nationals, Yankees, and Cubs, in the bottom half along with two projected Wild Card winners, the Blue Jays and Diamondbacks, and bubble contenders, the Brewers, Orioles, and Mets. Defensive metrics, especially in less than full season sample sizes, should be taken with a grain of salt but defensively sound players could be in high demand at the trade deadline.

Again we will use these tables to match team needs to each Angels trade candidate in the coming series of articles. Also, even if a team does not have a pressing need in one or more categories, they may have a very specific positional need to fill so we will consider that in the analysis too. Ultimately, General Managers like to stack the deck so if a move is value-added, even a luxury perhaps, that will factor into the conversation.

Lastly, once we have scrutinized each Angels trade candidate, we will evaluate some of the lateral moves Billy Eppler might make if the Angels are still in the playoff discussion in early to mid July to wrap up our rudimentary study. 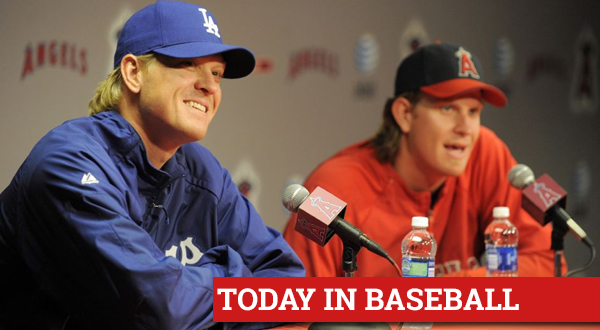 TODAY IN BASEBALL courtesy of National Pastime 2004 – On Father’s Day with his dad in attendance, 34 year-old Ken Griffey, Jr. blasts a sixth-inning...