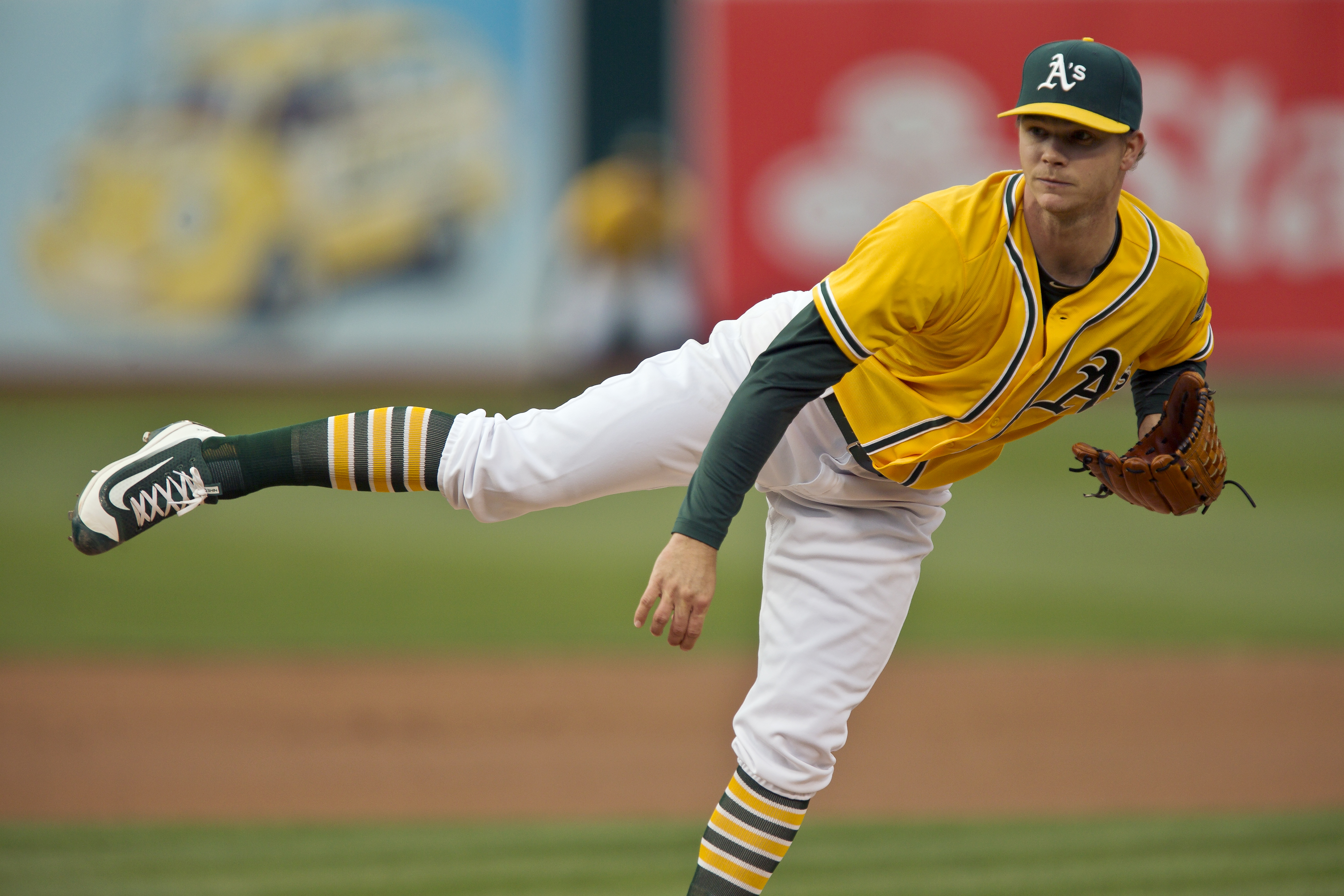 After sweeping the New York Yankees over the weekend and riding a four game winning streak, the Oakland Athletics were feeling pretty good heading into a home series against the division leaders, the Houston Astros. You expect the A’s, who were 4.5 games back from the second wild card in the AL, to put fourth a strong showing against a team who was missing two all star worthy pitchers, Dallas Keuchel and Lance McCullers Jr from their rotation.

Game 1 of the series was a early sign for things to come. The A’s delivered only four hits against Houston starter Brad Peacock. The offense wasn’t able to get to Peacock until the top of the sixth, where they strung two doubles and walk together to score their only run of the game. Other than that, the offense was quite. The first place Astros scored all of their runs off homers, where they lead Major League Baseball in total home runs.

The second game started off rough for Sonny Gray and the Athletics. Gray gave up five runs in the top of the first, starting with a lead off homerun from George Springer. Oakland was not going to back down just let. Gray followed the horrible first with four innings off two hit ball. The offense, lead by Khris Davis‘s 3 for 4 night, chipped away and got the score within one run in the seventh inning off a Jaycob Bergman single to score Rajai Davis. But an half inning later, Houston added two runs in the eighth to widen the lead 7-4. A Carlos Beltran homerun in the ninth proved to be the final blow of the game.

The third game of the series, a Wednesday match up of arguably the teams best pitchers at the moment with Mike Fiers and Sean Manaea, had both starting pitchers pitching well through the first five innings of the game. Manaea ran into some trouble in the sixth. After back to back singles by Jose Altuve and Carlos Correa, Evan Gattis singled off Manaea to bring home the first two runs of the game. Manaea gave up one more run in the sixth and was pulled in the seventh for Ryan Madson. Those runs proved all the Astros would need, with a final score of 5-1 that gave the Houston Astros a third straight win.

The last game of the series was a train wreck for the A’s, as they spent the majority of the game playing catch up, only to lose 12-9. Houston jump out to a 10-0 lead after the second inning, thanks to two three run home runs by Marwin Gonzalez and Jake Marisnick. Jesse Hahn stuggled early on and Oakland could not recover. The Astros extended their best road record in baseball to 27-8. Oakland was outscored this series 29-15.

That's a career-high 10 homers on the season for @JSMarisnick! 💪 pic.twitter.com/HjefECU1Cz

Even after four sub par games by Oakland, they only sit seven games back from the final wild card spot, but will need to improve in some areas to make up the ground. Manager Bob Melvin will ask his young lineup to produce more often with RISP, where they finished the series with the Astros, 7 out of 33. The rotation will have to pitch a lot better to gain some ground, so new pitching coach Scott Emerson will have to get the best out of Gray, Manaea, Hahn, and the remaining staff, to step up the remainder of the first half. The break is coming up, so it is vital the A’s get within a few games to keep themselves in contention, if not, players like Gray and Yonder Alonso could be traded.

Do you think Oakland can make a run towards the Wild Card berth? Or will they become sellers at the trade deadline? Let me know in the comments below!