"It's exhausting but it's good to learn and meet new people… It's well worth it."

"Compete levels are really high. You don't want to be last." 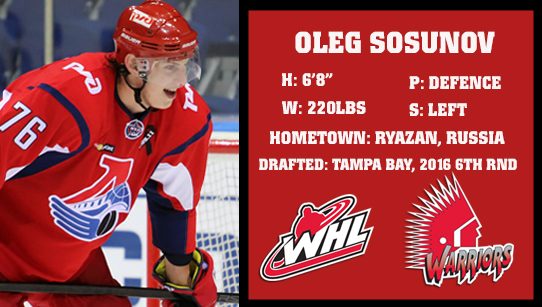 The Tampa Bay Lightning have signed defenseman Oleg Sosunov to a three-year, entry-level contract. Here is the release from the team: Sosunov,19, skated in 32...