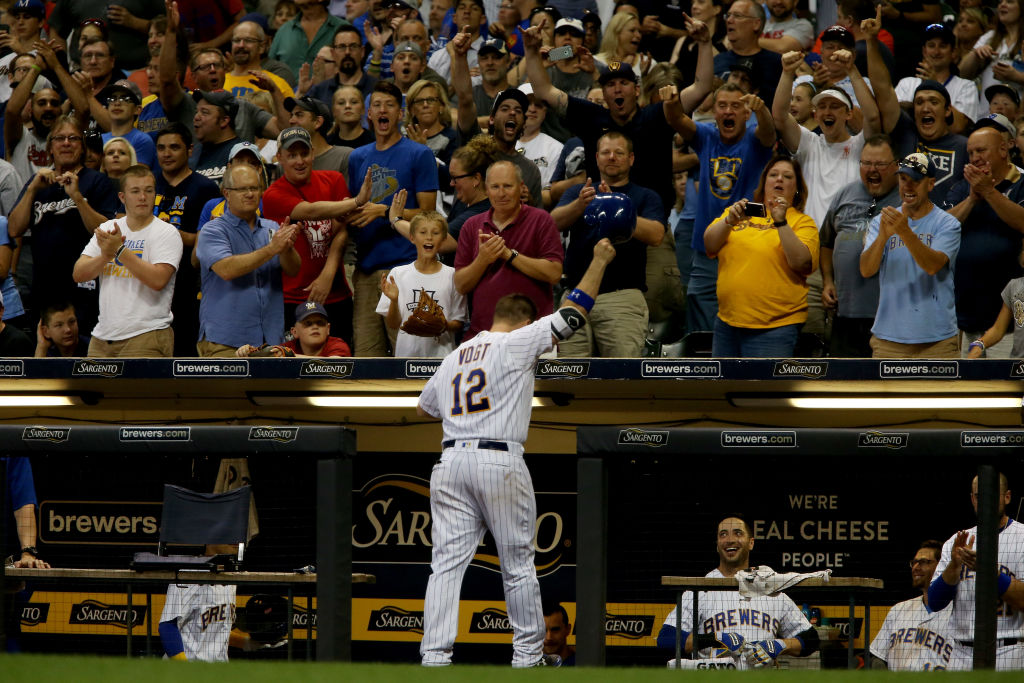 Corey Hart Retires as a Brewer: It’s hard to believe that 35-year-old Corey Hart has been retired since 2015.  He had a decent nine-year run with the Brewers before losing the entire 2013 season to injury, and he never got back on track after that.  The Brewers welcomed Hart back to Milwaukee last week to recognize him with a spot on the Wall of Honor and let him retire as a Brewer, with all the associated pomp and circumstance.

Hart was part of the Brewers’ most recent playoff teams, and while I personally don’t have any hard feelings about him, I’m also struggling to remember many memorable moments.  The first thing that comes to mind is Hart struck out a lot on pitches well out of the strike zone (although research indicates he was actually in line with league averages as far as plate discipline).  A non-exhaustive review of Hart video highlights from MLB.com shows he got some hits and made some good plays, even if none particularly stand out.  Anyway, Hart was a fine player during a time when the Brewers were more consistently competitive than they are now.  That’s good enough for us out here in average town USA.

Brewers’ Best Pitcher Sidelined for Months: One of the many pleasant surprises this season has been Chase Anderson emerging as a reliable starter.  Anderson was average as the fifth starter in 2016 (4.39 ERA, 1.371 WHIP), but he was clearly the anchor of the Brewers’ rotation through the first three months of 2017 (2.89 ERA, 1.107 WHIP).  Now that anchor has an oblique injury, and by his own estimate, Anderson might be out up to two months.  Hopefully another surprise this season is that the Brewers are still competitive in September, when Anderson comes back and is just what they need to secure an unlikely playoff berth.

Stephen Vogt: Has a waiver claim ever endeared himself to his new team’s fan base so quickly?  Vogt is a two-time All-Star, so presumably he’s no slouch.  But at the time the Brewers claimed him, his numbers weren’t that different from Jett Bandy’s, the guy he replaced.  Fans weren’t sure what to expect, and Vogt wasted no time getting our attention.  In his first game as a starter in Cincinnati, Vogt only got one hit, but he could have had three if not for the Reds’ defense – which included an amazing play by Scott Schebler to rob Vogt of a homerun.

In Vogt’s first home game, without Schebler around to cramp his style, he drove in all three runs on two homers.

He may not have a cool name like Jett Bandy, and he may be a pudgy dude who looks like he’s in his 40s, but Vogt has the potential to be a hero here in average town USA.

Will the Brewers still be in first place by the All-Star break?  Did anyone think we’d be asking that question three months ago?  The AL East stands in the Crew’s way, with the Baltimore Orioles playing the holiday series at Miller Park.  The last time the Orioles were in Milwaukee for a holiday, they hung a blown save on K-Rod on Memorial Day 2014.  The Brewers came back to win that series, which included a pinch-hit walk-off double by none other than Yovani Gallardo, who would go on to start and win the next day’s game.  If you’ve forgotten that thrilling moment, relive it now and marvel at how there are only like two players still on the current Brewers team.

Then the Brewers close out the first half at Yankee Stadium.  Last time they were there in 2011, they got swept.  Of course, last time they were there, the Yankees team included Mark Teixeira, Alex Rodriguez, Robinson Cano, A.J. Burnett, Mariano Rivera, and Derek Jeter.  Truly, the past is a foreign country.