NBA Free Agency Reaction: How did the West Coast teams do in first wave of 2017? 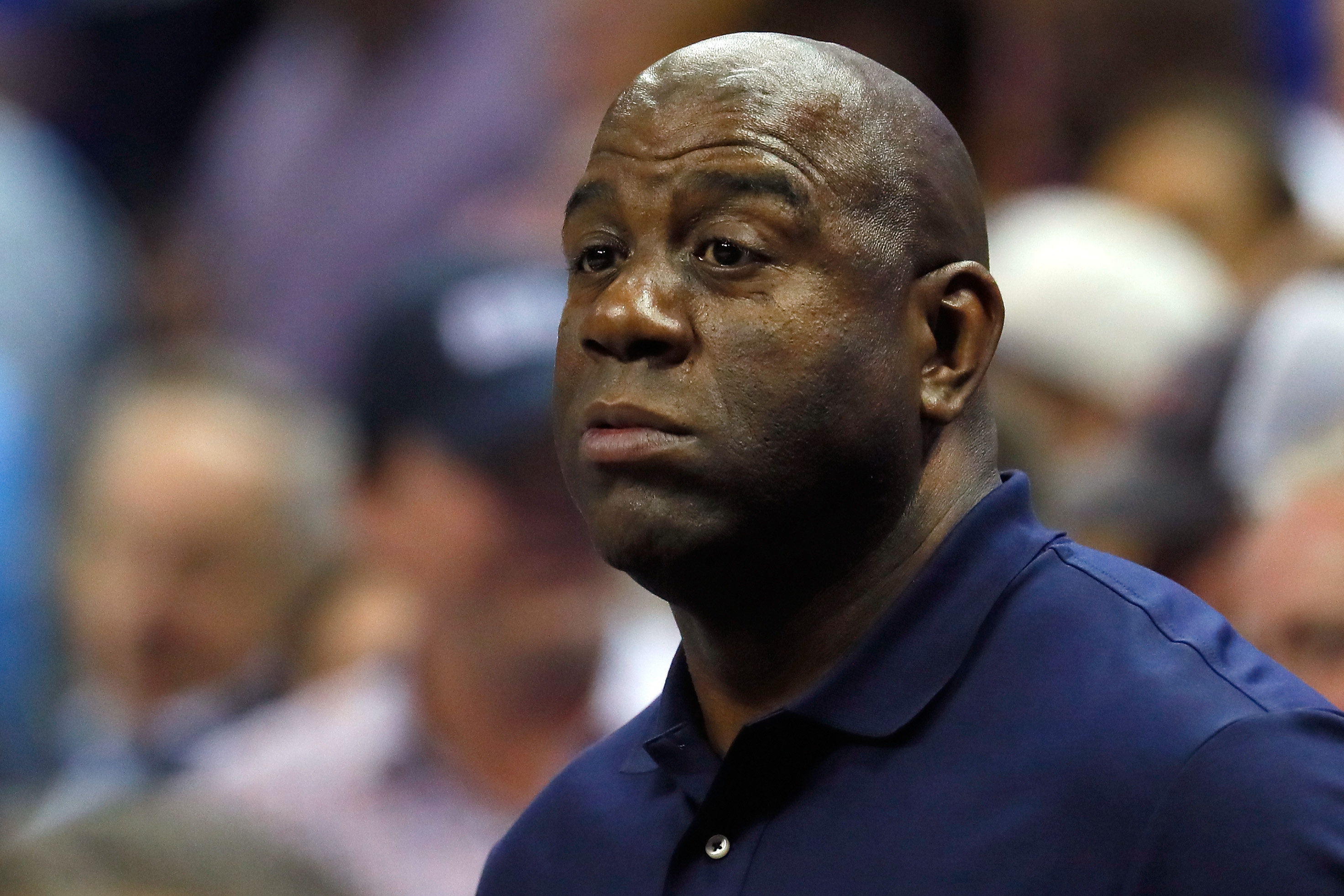 NBA Free Agency Reaction: How did the West Coast teams do in first wave of 2017?

A week into NBA Free Agency negotiations, NBA writer Bob Garcia answers questions about the first wave of free agency via email. Bob reacts to the newest additions for the Clippers, Kings, and Warriors. He also shares the latest insights into the Lakers, Trailblazers, and Suns.

Garcia covers the Lakers and general NBA for Sports Out West, Clutch Points and various other publications.

Q: You write for various publications on the internet, what were the initial days of free agency like for you? Were you glued to Twitter at all times of the day?

BG: I am constantly on the lookout for current storylines and rumors to write about. Aside from a few big names signing once the free agency period began, I was actually writing about all the various moves being discussed and made such as Chris Paul going to Houston and Paul George getting traded to the Oklahoma City Thunder. Even before that, it was the all the chatter surrounding possible trades and workouts ahead of the 2017 NBA Draft.

Yes, I was glued to Twitter waiting to see what other moves were to come in the always wild NBA offseason.

Q: Speaking of this free agency period, how do you think we will remember this initial wave of free agency one year from now? What moves will we look at as successes and failures?

BG: What will most be remembered this year is that there were not as many big deals handed out as expected. With the NBA salary cap continuing to rise because of the TV deal money kicking in another year, it was anticipated that there would be many major contracts given to players that under the previous salary cap wouldn’t have normally received.

However, it has for the most part been quite the opposite. There are established players such as Dirk Nowitzki agreeing to a two-year, $10 million contract with the Dallas Mavericks when he could have easily commanded much more if he wanted to. Meanwhile, 2017 NBA Finals MVP Kevin Durant decided to take about $10 million less on his deal to help the Golden State Warriors re-sign their free agents such as Andre Iguodala, Shaun Livingston, and Zaza Pachulia.

It hasn’t been a failure by any stretch, but more of a realization for the players who are currently free agents or will be in the coming years that the big money isn’t necessarily out there for everyone.

Q: Moving to the West Coast, you’ve covered the Lakers over the past few seasons. Did this free agency period bring different expectations under the new Magic-led regime? How would you grade the moves the Lakers did (or did not do) in the first wave of Free Agency? Who should they target moving forward?

BG: I believe it’s exactly what Magic Johnson has laid it out to be. He has kept firm on maintaining significant salary-cap space for next offseason where superstar players such as Paul George, LeBron James, Russell Westbrook, and DeMarcus Cousins will all have a chance to become unrestricted free agents.

However, the problem that lies there with the Lakers is that no player up through this point of free agency has been willing to sign that type of deal. They were holding discussions on a one-year deal with George Hill, but he elected to sign a three-year, $57 million deal with the Sacramento Kings.

Los Angeles also offered Dion Waiters a one-year, $17 million deal, but he also elected to pass on joining the Lakers for the comfort of a four-year, $52 million contract after arguably his best season in the league. This now leaves the Lakers looking at possibly heavily pursuing restricted free agent Kentavious Caldwell-Pope, Rajon Rondo, or Jamal Crawford.

I wouldn’t necessarily look down upon the Lakers’ lack of movement as they have stuck to their game plan and should add a player or two in free agency that will provide them help in the backcourt with shooting. I would hold on giving them a grade at this point until any moves are made.

As for players they should pursue, it would have to fit the bill of someone that can fill the scoring void left by Nick Young but is also willing to play on a one-year deal. Caldwell-Pope is a good two-way player that could fill the void. At the same time, Crawford would provide veteran leadership and scoring.

Q: As for the Clippers, did they do enough to stay playoff competitors? What do you expect Gallinari to bring to the Clippers?

BG: The immediate thought once Paul left the Clippers was that the ship was finally going down. However, that hasn’t been the case. It all started by Blake Griffin agreeing to a max contract of five years worth $173 million. That set the table for a few other moves such as acquiring a proven scorer in Danilo Gallinari and European point guard Milos Teodosic, who come in right away and make a huge impact as the lead guard in the backcourt alongside trade acquisition Patrick Beverley, who is one of the best defenders in the league.

I think the Clippers rebounded nicely and are still a playoff team. The addition of Gallinari could be huge as he has the potential to become their No.2 scorer behind Griffin. This may very well lead to a career-best campaign from him.

Q: The Kings made some of the biggest head scratching moves by adding some veterans long-term, how does that impact the development of some of their younger cornerstones?

BG: In the last decade, we have come to expect much dysfunction from the Kings’ front office and management that only fueled their 11-year playoff hiatus. That said, Sacramento has added some much-needed veteran leadership to the locker room that will play a big part in helping push the franchise in the right direction.

Head coach Dave Joerger added a couple of his former players in Zach Randolph and Vince Carter to the mix that will help him reinforce and develop a culture in Sacramento. Meanwhile, George Hill will help bring along their young backcourt in De’Aaron Fox, Buddy Hield, and Frank Mason III. His presence and guidance could play a big part in aiding their development.

Meanwhile, Carter could do the same with rookie forward Harry Giles for at least next season. These moves may be a bit of a head scratcher because they create logjams are certain positions, but they at least are a push in the right direction.

Q: Finally, Golden State added some pieces and kept their own too. Did you expect the Warriors to get richer? Do you see anyone competing next season?

BG: The Warriors erased any doubt that their championship window would shrink because of key players leaving in free agency. But with Durant taking less money, it allowed for them to throw solid deals to Iguodala, Livingston, and even add Nick Young to the mix.

Not to mention, they got a steal in the second round when they traded up to the 38th overall pick to grab former Oregon forward Jordan Bell, who has already drawn some comparison Draymond Green. The Warriors have only strengthened their team this offseason, which is a scary thought for the rest of the league.

As for the rest of the league, We have seen teams like the Cleveland Cavaliers, San Antonio Spurs, Houston Rockets, and Minnesota Timberwolves all make moves to better position themselves to compete with the Warriors next season.

There is no certainty at this point if they will be able to compete with the Warriors, but they have at least made things very interesting.

Bonus Question: Do you see Portland being able to make any moves to stay competitive in the juggernaut West?

BG: The Trail Blazers certainly have a strong basis to build off with their dynamic backcourt of Damian Lillard and C.J. McCollum, which many teams across the league are envious of. It will have to start with looking to add to the frontcourt.

They have young talent in Allen Crabbe, Noah Vonaleh, rookies Zach Collins and Caleb Swanigan along with Jusuf Nurkic. There is potential for a few of these players to develop into dependable players, but at this moment it isn’t what’s going to take them over the top in the Western Conference over the likes of the Warriors, Spurs, Rockets, or even possibly the Timberwolves.

The Trail Balzers are a competitive team that will vie for a playoff spot, but until they either develop another rising star player or add him through a trade or free agency this is the situation in the West they will remain in.

Bonus Question: What about Phoenix? The Suns haven’t gotten much interest so far, will they ever attract big name free agents? Should Phoenix just blow it up and rebuild more?

BG: The Suns have quite an interesting roster that has plenty has a unique mix fo young and veteran talent. The backcourt is headed by Eric Bledsoe, who when healthy is one of the most underrated players at his position. Devin Booker has continued to progress into a rising star in the league behind his scoring ability. Off the bench, Tyler Ulis came on late last season with Bledsoe a healthy sit out and Brandon Knight is still a productive player.

Meanwhile, the frontcourt has rookie Josh Jackson, who was heralded as arguably the best two-way player in this year’s draft. Second-year player Marquese Chriss will have a chance to build on his rookie season where he showed flashes of potential. All of this is anchored by Tyson Chandler, who is still a steady a big man on both ends of the floor even at age 34.

I think once the Suns can show some significant progress toward becoming a playoff team in the West, then free agents will start to take them more seriously. Until then, they have to be patient with the process of letting their young talent develop.

Bob Garcia writes about the NBA and the Lakers for Sports Out West, Clutch Points and various other digital publications.  Follow him on Twitter and Facebook for more NBA news and insights.