Once Patty Mills officially signs his contract, the San Antonio Spurs will have 11 players on their roster for next season. While Jonathon Simmons is still searching for offers in restricted free agency, the expectation is San Antonio will match most offers for Simmons unless a lucrative offer is thrown his way. With the expectation Simmons will be back, that would move the Spurs’ roster to 12 players. Next comes Pau Gasol, who declined his player option but is expected to re-sign with San Antonio on a longer contract in the length of years. So, if Gasol and Simmons return, that would give the Spurs 13 filled roster spots.

The last two roster spots aren’t so clear now though. If Manu Ginobili decides to return for another NBA season, the 14th spot could belong to him. This would leave San Antonio with one remaining roster spot.

Now, let’s look at the situations with two of the Spurs’ former draftees and international prospects, Adam Hanga and Nikola Milutinov.

It was reported early on in late May by international reporter David Pick that Hanga’s decision to come to the NBA and play for the Spurs hinged on whether Ginobili retired or continued his career. If Ginobili retired, Hanga would make the leap over to the Spurs, in which one would assume he’d be making that decision both due to the open role off the bench and since the Spurs would need more depth at the wing in that situation.

As of Friday, the clues point to Hanga continuing to wait for either the Spurs to give him a verbal commitment he’ll be coming over this summer, or maybe he’s waiting on Ginobili’s decision to retire or keep playing. Overseas, free agency has already been in full swing as player signings are occurring daily with multiple international clubs. Per EuroHoops.net, two teams have already been targeting Hanga and one has already made him an offer – FC Barcelona and Anadolu Efes.

Euro Hoops reports that since the Spurs already signed Rudy Gay, a player who will get minutes at the 3 and the 4, and since the Spurs can most likely offer Hanga the veteran minimum in the first year of an NBA deal for $815K, the chances have increased that Hanga will likely sign a more lucrative offer overseas this summer. Euro Hoops writes that a decision should be coming soon in the next few days.

For Hanga, he’s already 28 and just came off one of his most productive seasons with Laboral Kutxa, where he was named the Euroleague Defensive Player of the Year. For now, it’s about two waiting games. Does he wait for decisions by Simmons and Ginobili, in the event they both leave, that would open minutes for him and possibly a higher salary? Or, does he take the offers overseas before they’re off the table and go to another free agent?

Earlier in the summer, there was a report that both Spurs draftees Nikola Milutinov and Nemanja Dangubic were going to be in San Antonio for the summer training with the team. Last summer, Milutinov attended the Las Vegas Summer League with the Spurs, though he didn’t participate in the games. According to Euro Hoops Friday, Milutinov is once again in Vegas with the Spurs and he’s supposed to meet with the Spurs and his current club Olympiacos there, to decide his future for next season. Milutinov has an NBA-out clause in his contract with Olympiacos that must be decided upon by July 15. With the Spurs most likely having the veteran minimum to get one more big on their roster to backup LaMarcus Aldridge, Pau Gasol and Davis Bertans, they could look to add Milutinov, since he already has a cap hold of $1.4 million for the coming season. So, this might be the plan since San Antonio has yet to inform the NBA if Milutinov will be staying overseas for the coming season, which would remove that cap hold from their salary sheet.

After that Euro Hoops report though, according to reporter Pick, he spoke with Milutinov’s agent, who said Milutinov is not in Vegas and is currently in Serbia.

Until July 15 arrives, it’ll be interesting to see what happens with Milutinov this summer. If San Antonio brings in Gasol and an additional big, it would look like Milutinov will stay overseas for another year. But, if only Gasol is back and San Antonio hasn’t signed a big, the chances might increase for Milutinov to make the NBA jump at age 22. 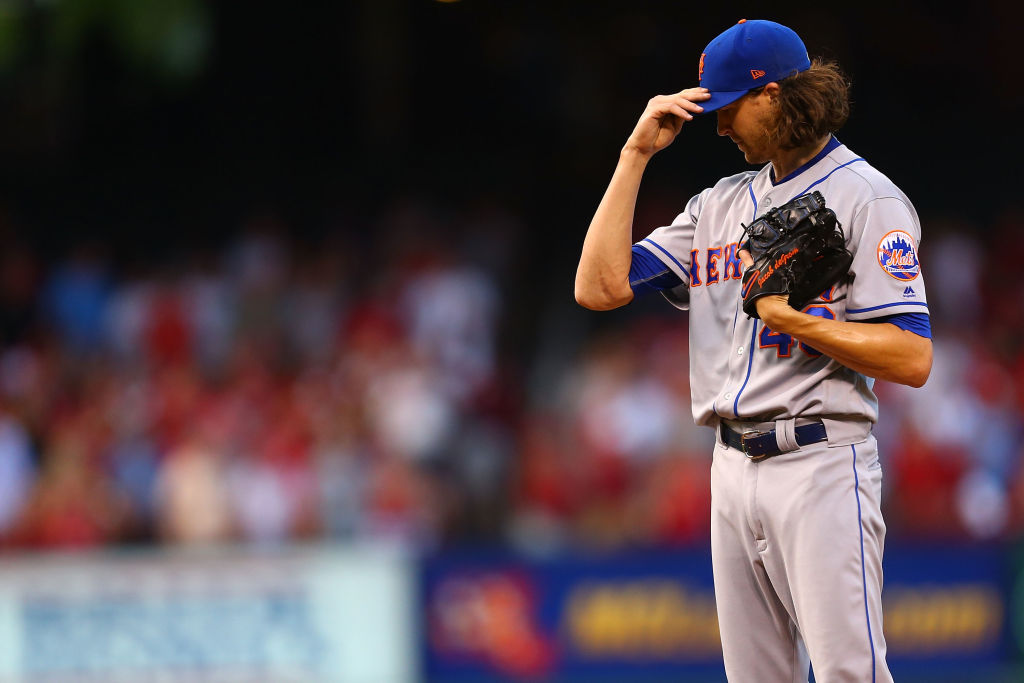 A Battle Art Howe Would Have Been Proud Of

You know you’re in for a weird game when Jacob deGrom scatters four hits in the first four innings, and they’re all solo home runs....