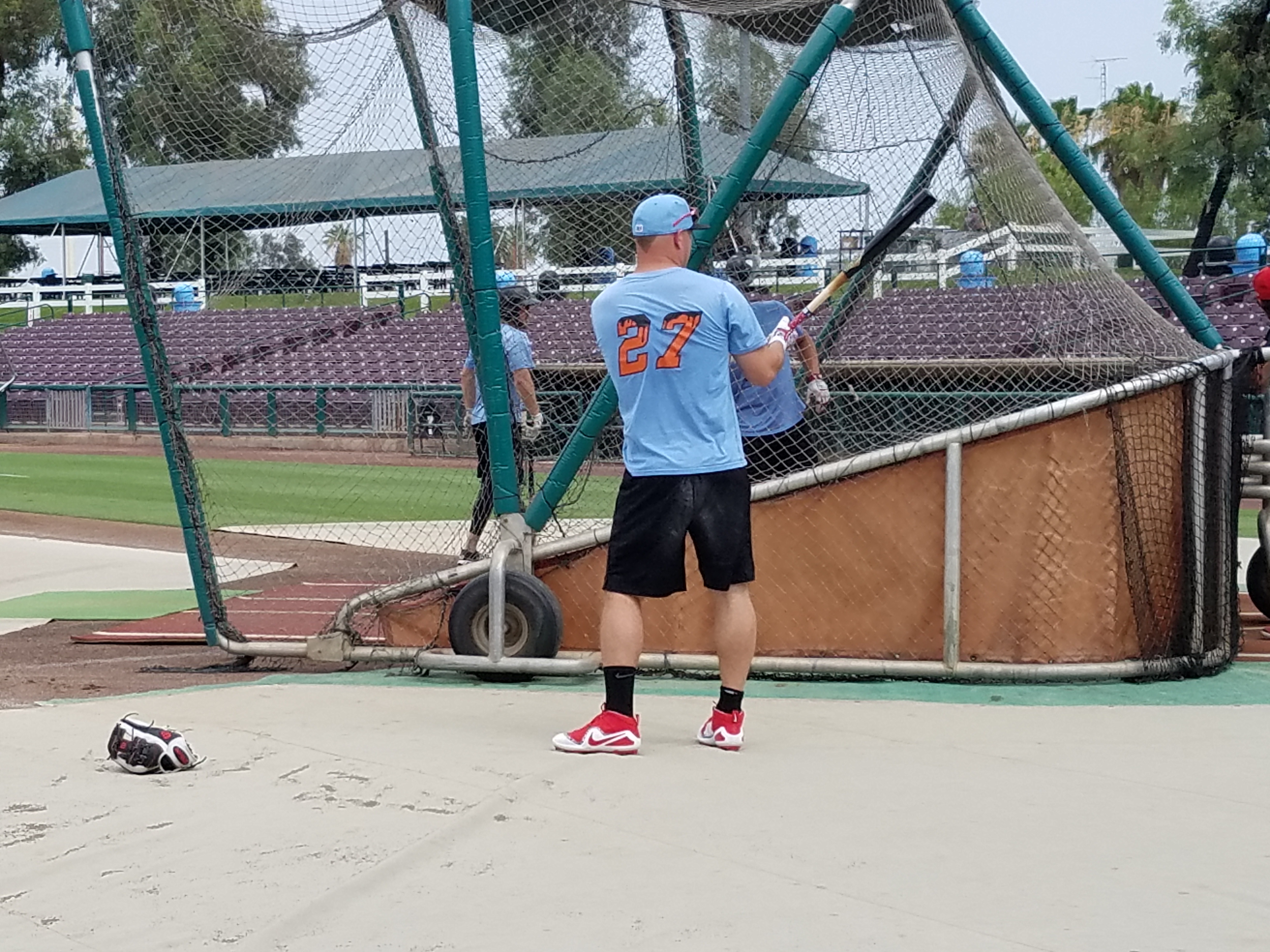 Mike Trout played in his third rehab assignment with the Inland Empire 66ers on Saturday night. And, for the first time, he wasn’t limited to the DH role. He was able to take the field and resume his role in centerfield. I went out to cover the game for AngelsWin.com and to get some interviews with several of the rising prospects on the team.

Of course, being Mike Trout, and an incredible class act at that, he still treated the crowd to a show prior to the game. He took time to sign autographs for the fans, some of whom had waited hours to celebrate the Star Wars theme that the 66ers had going on for the night, grab a Rebel Bernie bobblehead, and of course, watch their hero playing the game. Here’s a little bit of what it was like with Trout prior to the start of the game and taking the field with the kids.

In total, Mike went 1 for 2 on the night with a walk. In his first at bat, he lined a double on the first pitch he saw from Scott Kazmir, who was also on a rehab assignment for the Dodgers. Later on in the inning, Trout scored on a double by Matt Thaiss. Angels fans would love to see this happen on a regular basis in Anaheim!

In his second at bat, Trout got a walk off of Kazmir on a 3-1 pitch. Again, he came around to score on a double by Troy Montgomery, an up-and-coming Angels outfielder, who slid over to leftfield for Mike Trout to get his time in center.

In his final at bat on the night, Trout put the ball in play, but grounded out to the shortstop. As you can see, Trout hustled down the line to make that play close.

After the game, the media was invited into the locker room to ask questions. And, the news is all positive–Mike Trout reported that his thumb “feels fine” and that his legs “feel great”. The plan is for him to play Sunday and Monday with the 66ers, who will be at home. After that, he’s not certain what the plans for his rehab will be.

On behalf of AngelsWin.com, I was able to ask Mike some questions. His answers are in italics.

Mike, thoughts on the All-Star Game. Who has the better team and who is going to take the home run crown?

Laughs. You know, the home run derby is going to be a fun one to watch. You know Stanton–his home town, you know he’s going to put on a show. And obviously, you know, Judge, his unbelievable power. It’s tough. There’s a lot of guys in the homerun derby that have got power. It’s got to be between–you know a lot of people are saying Judge and Stanton–but I don’t think Stanton is going to get beat in his home town.

What advice would you have liked from a major leaguer when you were in Single-A?

There are still some seats available for the Sunday and Monday night game with the 66ers. To buy some, and have a chance to see Trout up close, click here.