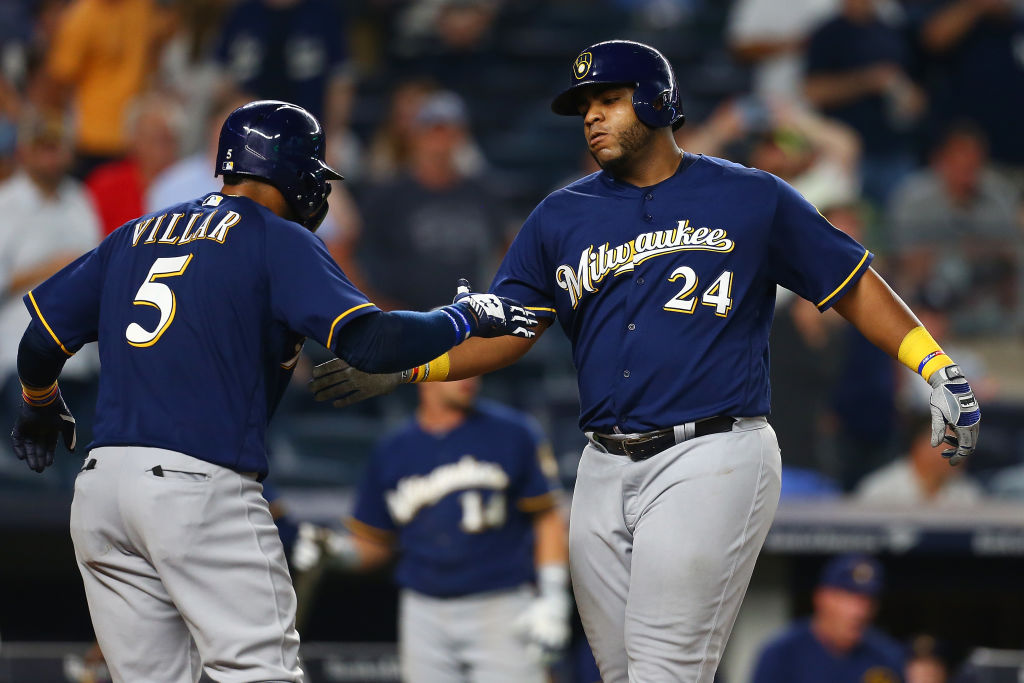 Brewers Rout Cubs in “Rainout” Makeup: In May, the Cubs made the odd decision to cancel a game due to rain well before its scheduled time.  The rain never materialized, and the postponement rubbed the Brewers the wrong way since it meant giving up a rare off day in the first week of July.  In the eyes of the Brewers and their supporters, it would have been poetic justice if the Cubs ended up suffering an embarrassing loss during that makeup game.

Every now and again in this crazy world, justice is served.

Travis Shaw Snubbed in All-Star Final Vote: This gentleman sums up this particular injustice nicely in a tweet from July 2:

Why is Bryant in the #FinalVote? #ALLSTARGAME

Twitter often compels users to be pithy, and it really worked in that case.

Jesus Aguilar Slams Yankees, Orlando Arcia Escapes Rundown in Style: For fans that stayed up through Friday’s rain delay, Aguilar rewarded us with another example of justice served.  With runners on second and third with two outs in a tie game, the Yankees intentionally walked Shaw to get to Aguilar, who worked a 3-0 count before falling back to 3-2.  With an electric crowd on its feet cheering their home team, Aguilar sat them the hell back down.

There should be a clinical study that compares a normal regimen of antidepressant medication to watching that clip repeatedly, and see which does a better job curing mood disorders in Brewers fans.

Also, there was that crazy play on Monday where the Orioles failed spectacularly to catch Arcia in a rundown.  I saw this play live and had to watch the replay later to figure out what the hell happened.  (From what I can tell, it was the catcher’s fault.)

Hooray for the All-Star break!  The Brewers Bar Weekly Hangover will resume normal programming on 7/24.