Avery Bradley just wanted to be yelled at 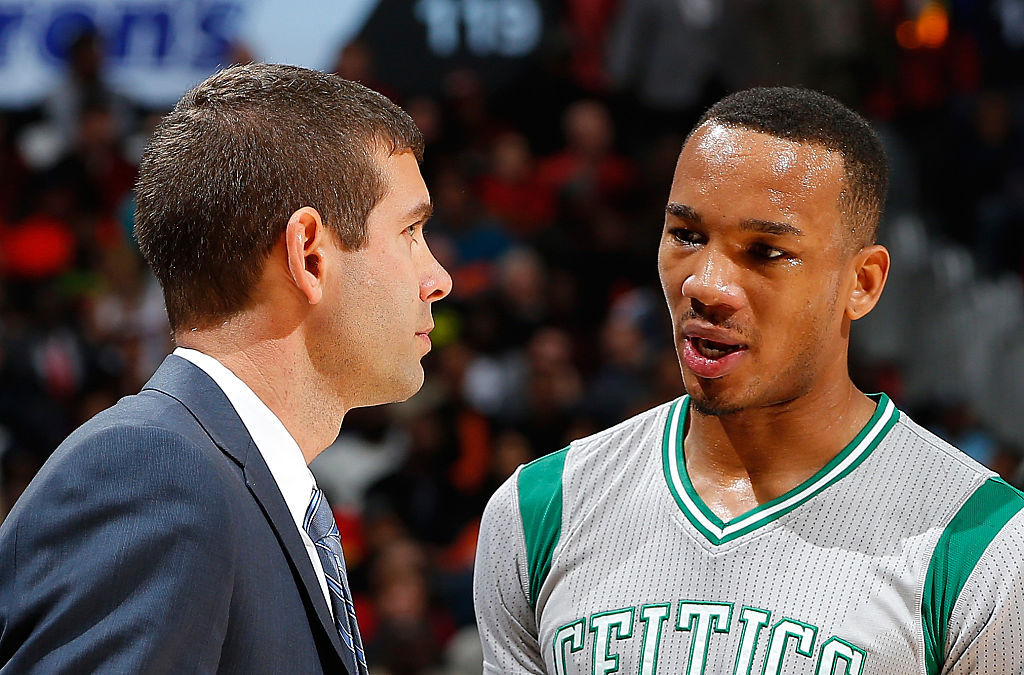 Avery Bradley just wanted to be yelled at

Break ups, even the ones you knew were coming and had to happen, are hard. It’s always awkward to see that person again and it stings a bit to hear how that person’s conversations with friends start “it was great… but… ”

“I understand he’s an amazing coach,” Bradley said. “I always wanted to have the opportunity to play for someone like him, someone that always holds you accountable, someone that pushes you. Not to take anything away from Brad Stevens or Doc Rivers (his coaches in Boston), I feel like those are two great coaches, but I feel like this is a coach that’s able to push me every single day and help me reach my full potential.”

I fully understand Bradley is a super-positive guy who is in a situation to say the right things. I know there is a definite element to that here.

“I know this sounds weird, but I think his anger,” the Celtics guard said yesterday when management and players held exit interviews following Thursday night’s season-ending loss to Cleveland in the Eastern Conference finals.

“I think it helps us because he was so nice his first year, it was like, ‘Come on, coach. Yell at somebody,’ ” Bradley said. “But, yeah, it’s just a good feeling. We respect him so much and we know that he wants the best for us. And he’s always going to make sure he holds us accountable because of that.

… it shoes Avery was just hoping to be yelled at a little more.

For context, I’ll include the rest of the quote just so we all know I’m not suggesting Bradley didn’t like Brad…

“It’s night and day,” Bradley said of the change in Stevens. “I’m just happy that I’m able to play for him. He’s a really great coach. And just like the guys on this team, he’s open, and I feel like he’s just a special coach because he just cares about us. And he cares about us becoming better basketball players and better men. I mean, all the guys that he brought in, all the speakers, I could go down the list. It shows that he really cares about us as men. And I just appreciate him for that. He’s definitely grown over these years.

“And it’s impressive to see someone come from college and not be cocky and feel like he knows everything. From Day 1 he’s been one to learn and open to anything to help him become better and our team get to where we want it to be. So I appreciate him for that. And like I said, I’m lucky to have a chance to play for Brad Stevens.”

I do think Bradley wanted a little more fire out of Brad Stevens. I’m sure a lot of us have asked for that at some point. And I will continue saying, as I have since the beginning of last season, that I think the Popovich-ing of Stevens is slowly progressing. He’s shown a bit more emotion over the past season

"I strongly disagree with your assessment of this situation! Expect a strongly worded letter to your manager!!" pic.twitter.com/ZQuDjljxRa

Mostly, this was Avery Bradley searching for the one thing that to pump up Stan Van Gundy and “say the right thing” but it’s also a fair criticism of the coach from a now former player. I think as we now watch a team that is supposed to be pretty good, we’ll see the coach holding them to a much higher standard.

If anything, Stevens understands situations. He’ll be positive to help the team in a down time. He’ll find fault in blowouts. And he’ll push the team when it needs to be pushed.