Could Blazers' Interest in Carmelo Anthony Open Up Options for Knicks? 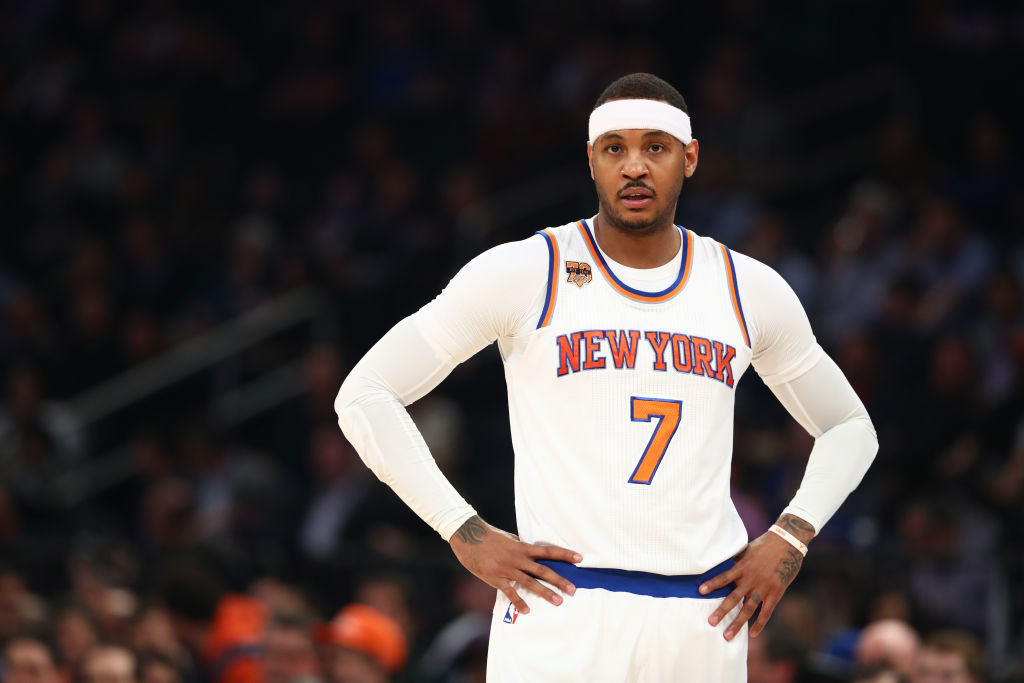 Could Blazers' Interest in Carmelo Anthony Open Up Options for Knicks?

The Blazers’ participation in the Carmelo Anthony saga is bound to help the Knicks.

Though Damian Lillard and CJ McCollum are both speaking out as advocates for their team to acquire the 33 year old, that doesn’t necessarily mean that Anthony would welcome a move to Oregon. His arrival could make the Blazers a formidable contender, but Portland still won’t offer the same bright lights that the  Big Apple does. What’s more, joining forces with this young duo would put an end to any possibility that Anthony teams up with one of his best friends while still in his prime.

The more Lillard and McCollum successfully appeal to Anthony, the better it becomes for the Knicks. The star forward holds much of the power in his situation. That said, at Monday’s press conference, President Steve Mills indicated that his team would only move Anthony in a mutually beneficial deal. Anthony may have dreams of playing with Chris Paul or LeBron James, but neither scenario would net the Knicks an ideal or desirable return value. New York has explored these avenues before and the front office is now standing its ground in hopes for a better deal. This should motivate Anthony to be more open to other possibilities.

This is obviously where Portland comes into play. They have future draft picks, future assets, and movable contracts to match up with that of Anthony’s. Both sides can get more creative to ensure the Knicks also get what they want. For Anthony, any move to a contender would be a serious improvement. His arrival would only bolster Portland’s hopes of making a serious run at the Golden State Warriors. Lillard and McCollum are both young enough to maintain a competitive push for years to come. The pressure would be off Anthony and it would be much easier for his new team to simply tap into his scoring prowess for that necessary extra offensive boost. The Blazers would offer him a good on-the-court situation, but he would still be far from his family. If the Knicks are interested in making a deal with Portland, that indicates they have options and takes (some) power away from Anthony. This could become a ‘take it or leave it’ situation in which Anthony is forced to compromise just to receive a ticket out of New York.

The speculation that Portland might be a possibility could cause other contenders around the league to come to the realization that the contest for Anthony’s services is no longer a two horse race. This could lead them to put inquiring calls into the Knicks. If Mills and Co. are intrigued enough, they could pressure Anthony to accept the deal to an unexpected place. The more teams that call, the more likely it is for the Knicks to have better alternatives than Houston/Cleveland.

The push by Portland’s talented duo could very well open the floodgates as the Knicks lock in to explore their options. Perhaps Anthony should prepare to do the same with a more open mind, especially if the Blazers aren’t a worthwhile option in his mind. Just because he’s made he’s preference made hasn’t stopped other teams from calling. For Anthony and the Knicks, this is about who blinks first.