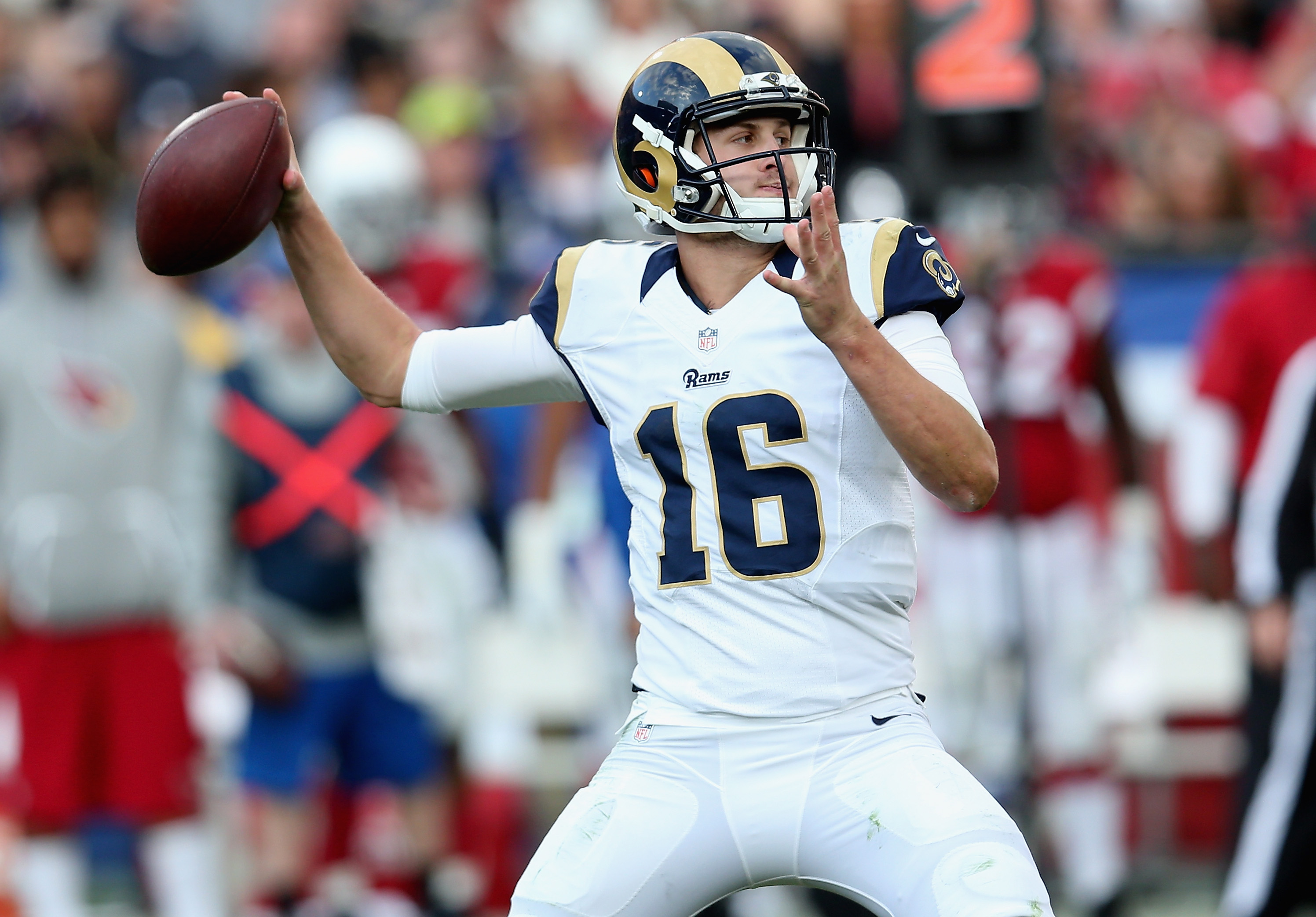 The Los Angeles Rams desperately need to win in Year Two of relocation. The Chargers are now in the market and they seem poised to contend for a lot of L.A. fans.

Head coach Sean McVay needs to insert life into an offense that was too dry last season. New defensive coordinator Wade Phillips will hope his new scheme can transcend a good defense to a great defense.

The Rams offensive line desperately needed a retool. That meant moving last years starting RT Rob Havenstein to right guard and moving on from C Tim Barnes and T Greg Robinson. L.A.’s line looks improved thanks to the additions of LT Andrew Whitworth and C John Sullivan. However, the right tackle position is another story.

Jamon Brown is expected to be the starter at right tackle. In two seasons, he’s registered snaps at every offensive line position other than center. Brown has 14 career starts and he will fend off Andrew Donnal. Donnal played exclusively at right guard and right tackle last year. He also played left guard his rookie season. Otherwise, Donnal has six career starts.

Neither 2015 pick registered higher than a 56.5 grade from Pro Football Focus. Brown graded as an above average run blocker but below average in pass blocking. Donnal registered mediocre grades in both positions. Both players will see time due to the lack of depth on the offensive line, but the only one can start at right tackle.

If you believe Rams legend Eric Dickerson, Jared Goff is not the best quarterback on the roster. Dickerson believes Sean Mannion should start after Goff’s terrible rookie season. Goff ranked last in a bunch of stats including PFF’s and Football Outsiders’ metrics.

Either way, this new coaching staff does not seem to care that Goff was the No. 1 pick last year. McVay has made it seem like he will play the best quarterback even if that means burning a No. 1 overall pick. Still, the Rams must give Goff every chance to succeed. If he fails, this franchise will move on and try to find their guy before the new stadium opens up 2020. Mannion might get his chance this season if Goff does not meet expectations but he might not be the guy either. McVay will find his quarterback in the coming years, one way or another.

Rams re-sign DT Easley to 1-year deal #nfl @PFF: Easley has been a very efficient player in his time with the Rams… https://t.co/VbYELgcsoI pic.twitter.com/lOZaa7i4sB

Goff’s roster spot is safe for at least this season. However, Dominique Easley might not be as lucky. The former first round pick of the Patriots joined the Rams before last season after off field and injuries hurt his stock with the team. Easley did not start a single game with the Rams last year but he had his best season in their 4-3 scheme. The former Gator registered 3.5 sacks and 24 tackles in 16 games.

Now, Easley will go back to a 3-4 scheme that is closer to the Patriots scheme. It is unlikely that Easley beats out Michael Brockers for the nose tackle position as Brockers has the size. His best shot is to beat Ethan Westbrooks at defensive end, but Westbrooks seems like a better fit for the 3-4 scheme. Easley is more of an interior pass rusher from the three-technique position. Ultimately, a scheme change could cost Easley his job. It would be really surprising if he got cut since the Rams just re-signed him but his job is far from safe.

Gerald Everett was one of the lesser known names in this deep tight end class. That did not stop the Rams from taking him with their first pick in the NFL Draft. Everett immediately steps into one of the two starting tight end positions. Tyler Higbee pled guilty to an assault charge which puts Everett into an even more prominent role to begin his rookie season.

Everett comes from a small school so it remains to be seen if he can translate his skills to the NFL. He needs to work on his blocking and route running but Everett brings great athleticism to the tight end position. Goff and company will need all the help they can get from their pass catchers, including their tight ends. Thus, Everett is a huge X-factor for this offense.

Cooper Kupp is generating a lot of hype for a small school rookie selected in the middle rounds. Again, the Rams need whatever help they can get from their pass catchers. Their offense and quarterback desperately need some play makers.

Kupp is expected to start as the slot receiver. However, he could also challenge Tavon Austin for the starting spot opposite Robert Woods. Either way, the Rams will need Kupp to live up to his pre-draft and minicamp hype.

Follow Left Coast Sports on Twitter for more Rams news and opinion. Stay posted for NFL Round Tables next week.