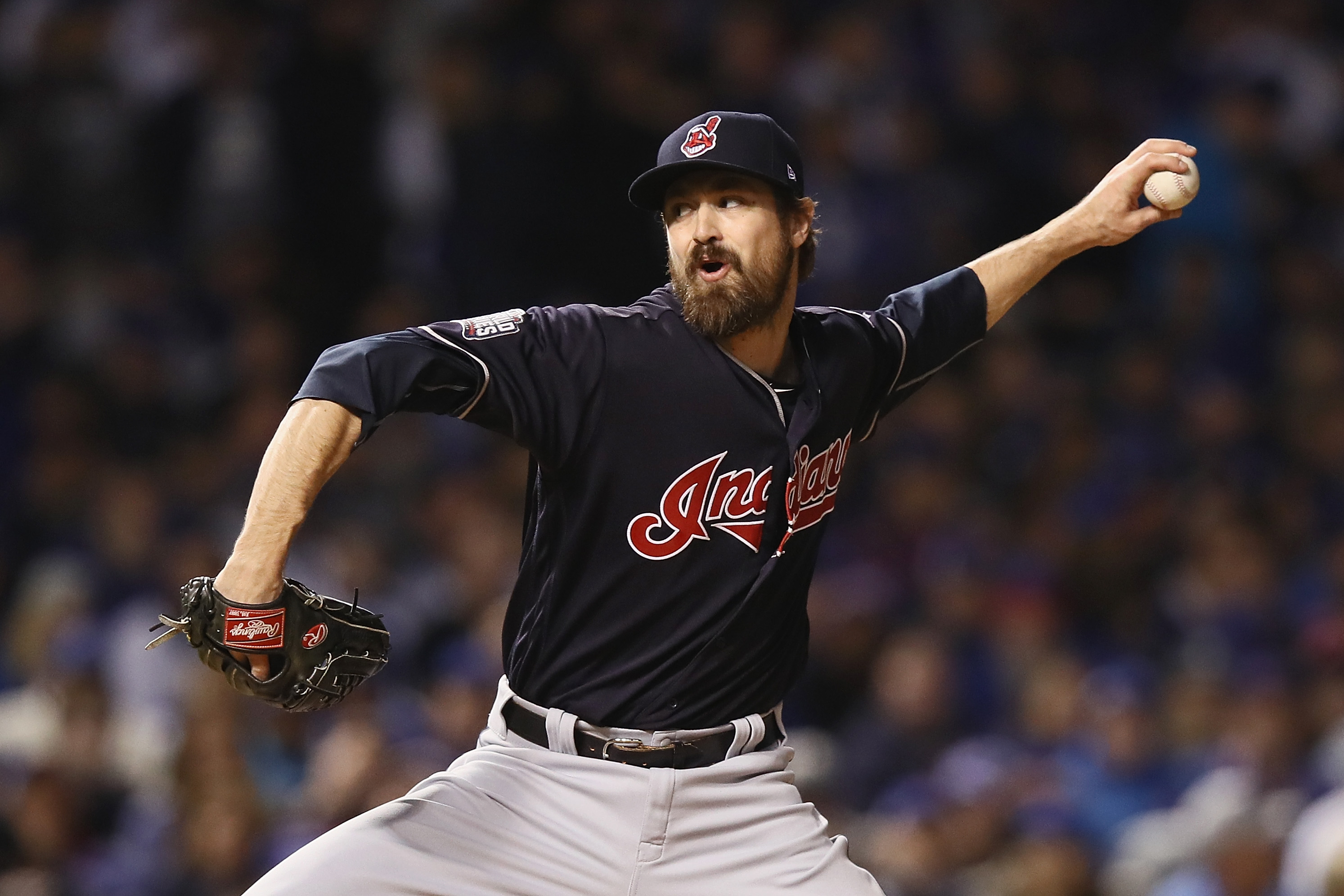 At the beginning of 2017, the Cleveland Indians’ bullpen was the class of Major League Baseball. Featuring Andrew Miller (arguably the best reliever in baseball) and Cody Allen (a Top-10 reliever in baseball), along with Bryan Shaw (career 3.39 FIP vs. right-handed hitters) and Boone Logan (career 3.05 FIP against left-handed hitters), the Indians looked to have innings 7-9 locked down. If they needed help in the 6th inning, they also could turn to Dan Otero, who put up a 2.33 FIP in 70.2 innings of work 2016.

On a Cleveland team with plenty of talent, you would have found little argument that the bullpen was the team’s biggest strength.

However, the 2017 season hasn’t exactly gone to plan for the Tribe’s relief arms.

The most prominent issue to date has been the decline in performance from Cody Allen, especially in July. Mike Hattery of WaitingForNextYear took a look at Allen’s numbers recently, and speculated that Allen was some combination of injured, fatigued, or mechanically out of sync. Whatever the cause is, Allen’s results from the past month are a concern, especially his drop in strikeouts and velocity.

It’s possible Allen is just going through a rough patch, or dealing with a “dead arm” that can be fixed by rest, but the there is no way of knowing how soon the issues will be fixed, if at all.

However, what many fans may not have realized is that star reliever Andrew Miller has been dealing with many of the same issues as Allen. Observe the table below, with the same variables as the Cody Allen table above.

Just like Allen, Miller has lost 1.5 mph off his fastball from 2016, and is struggling with control and strikeouts. It could even be argued that Miller’s continued decline from last season is an even bigger issue than Allen’s.

The fact is, both Miller and Allen have been continually overworked as they have been asked to get Cleveland out of any tight situation that arises. Since the start of 2016, Miller has pitched 148 innings between regular season play, the postseason, and the World Baseball Classic. In the previous three seasons combined (including playoffs) Miller pitched 158 innings.

Meanwhile, Allen’s usage increase isn’t as severe, but still shows a slight bump: He’s pitched 123.1 innings since 2016 started, when he had pitched 139 innings in the previous two seasons combined (which was already 6th in baseball). ZIPS projects him to pitch 25 more innings in the 2017 regular season, which without even getting into the postseason, would put him well past his previous usage numbers.

The prognosis for Logan isn’t good, and yesterday, MLB.com’s Jordan Bastian reported that surgery is on the table.

Francona: Boone Logan (lat) currently weighing options — one being surgery — after getting a 2nd opinion.

Now late-July, the Indians’ bullpen seems to be a shell of what it was expected to be entering the season. Logan and his ability to shut-down opposing left-handers looks to be gone for the season, while Miller and Allen have both seen their performance and velocity continually decline.

Luckily, it’s trade deadline season, and there are multiple relief pitchers on the trade block around baseball who could really help stabilize the bullpen in Cleveland.

Among them, Justin Wilson, Brad Hand, and Addison Reed appear to be the cream of the crop. None would be quite the addition that Miller was last year, but they could come close.

Jeff Sullivan of FanGraphs recently wrote how Hand, a lefty capable of pitching multiple innings with a wipeout slider, may be the closest thing to Andrew Miller this trade deadline. His 11.67 K/9 to just 2.33 BB/9 is very impressive, especially considering his excellent 48% ground ball rate. However, with an 85% strand rate, Hand is unlikely to be quite as dominant going forward (current 2.0 ERA, ZIPS projected 3.01 ERA for rest of season). At age 27 and controlled through 2019, Hand would fit into Cleveland’s playoff window nicely.

Wilson is very similar to Hand, albeit with a slightly stronger track record. He has been dominant in 2017, striking out 12.58 per nine innings, his best mark since 2012. The lefty is running a 2.58 ERA this season, but like Hand, has benefited from some unsustainable numbers: an 83.3% strand-rate, and a .205 opposing BABIP. As a result, ZIPS is down on Wilson going forward, projecting a 4.11 ERA for the rest of 2017. That said, with a career 3.21 ERA, Wilson isn’t hard to trust. Wilson is only team-controlled through 2018, and striking a deal with the Tigers, an AL Central Rival, could prove difficult for Cleveland.

Reed is different than Hand or Wilson in that he’s a right-handed pitcher, and relies more on control, with an excellent 2.28 BB/9 for his career. He had a career-year in 2016, putting up 2.6 WAR, which was the 6th best by a reliever in baseball. However, he also pitched 77.2 innings – 10th highest among relievers – and has taken a step back in 2017 (much like Miller and Allen), which has some scouts worried.

I talked to a scout for one interested team who's concerned that #Mets closer Addison Reed has been overused by manager Terry Collins.

Also unlike Hand or Wilson, Reed’s contract only runs through the end of this season, and Cleveland has typically avoided trading for such players.

No doubt the Indians are in a tricky situation – if Hand, Wilson, or Reed command anywhere near what Miller cost them at last year’s deadline, they almost certainly will have been priced out of the market. Cleveland already surrendered two top-100 prospects for Miller last season – surely they are reluctant to give up any more.

However, offering Yu-Cheng Chang or Willi Castro, two well-regarded shortstop prospects, would be an excellent starting point for the Indians. With Francisco Lindor controlled through 2021, Cleveland won’t have a need at shortstop anytime soon, so they could afford to part with either player.

While it remains unclear who the best relief targets are for Cleveland, the need for a bullpen piece is clear. With Monday’s 4 PM deadline looming, the Indians’ front office has their work cut out for them.