Ryan Tannehill injured- will Miami make a move at QB? 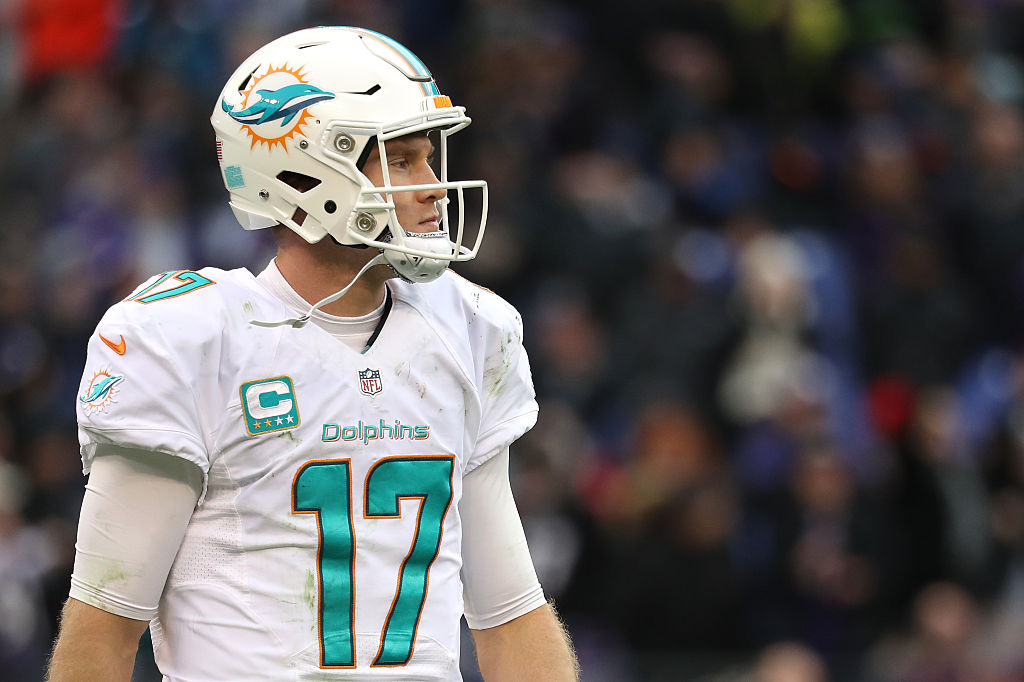 Ryan Tannehill injured- will Miami make a move at QB?

On Thursday, Miami Dolphins quarterback Ryan Tannehill rolled out to his right and planted to cut toward the sidelines. It’s a typical football play run a thousand times, except it wasn’t. Tannehill crumbled to the ground and it became pretty apparent, that his left knee gave out.

The same knee that cost him the final three games of the 2016 season.

Now it’s feared, because it was a non-contact injury, that Tannehill could be done for the entire 2017 season, and it begs the question- will Miami make a move at QB?

The immediate answer is that the 2017 Miami Dolphins would turn over to Matt Moore, who took over for Tannehill and was the starter in the playoffs against Pittsburgh. Miami went 2-2 with Moore at QB, dropping their final two games including the Wild Card game.

In that time, Moore threw for 9 touchdowns and four interceptions, but against the Steelers, Moore was responsible for three turnovers as well as taking several punishing shots.

MIAMI GARDENS, FL – SEPTEMBER 25: Matt Moore #8 of the Miami Dolphins warms up before the start of the game against the Cleveland Browns on September 25, 2016 in Miami Gardens, Florida. (Photo by Eric Espada/Getty Images)

After Matt Moore, Miami is left with David Fales and Brandon Doughty, which might be enough to make the Dolphins make a move for another signal caller.

Options abound from Brock Osweiler, to Colin Kaepernick, to even the recently retired Jay Cutler, who was the quarterback for Adam Gase in Chicago.

The interesting argument from the front office will of course be that if they believe the Dolphins have the team for another playoff run, then as a precaution, should they get another backup QB.

The simple answer is yes. An injury to Moore leaves Miami with two quarterbacks with zero games played in the NFL. For a team that has all the goods to make the playoffs, the QB spot could end up being their Achilles heel.

As far as options go, Cutler is probably out of the question. Kaepernick is an interesting choice, but the baggage from his comments last season prior to playing in Miami, could cause a fan backlash, and that’s not something teams are too fond of. Osweiler is a good stop gap option, but would Cleveland be willing to part with Brock, who is in competition to start this season? There’s also the RG3 option, another good stop-gap project. Griffin recently worked out with the Chargers, but was passed over for Cardale Jones.

All are options, some more than others. Then again, in the end, Miami could just end up sticking with the guys they already have on their roster.

Time will tell, we shall see what they do, but the smart move seems to be- with Miami’s current roster, a move to pickup a backup to Moore seems more likely than not.