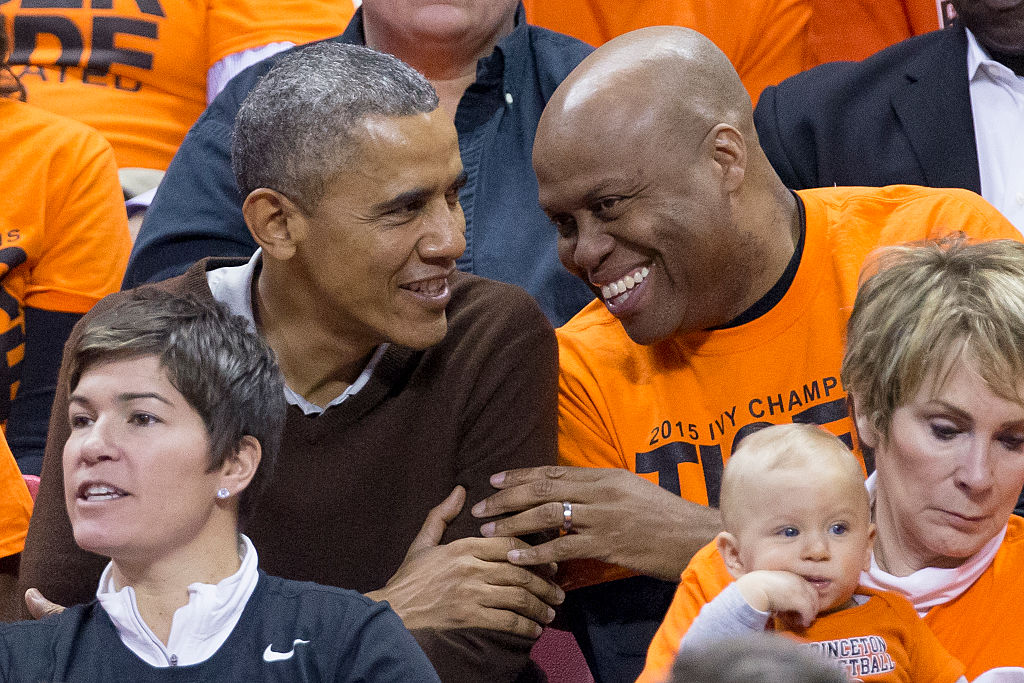 Madison Square Garden may turn out to be a little bit more presidential this coming season. That’ll bode especially true if Barack Obama comes to the Big Apple to watch his brother-in-law’s new team play.

The Knicks have reportedly enlisted Craig Robinson, brother to former First Lady Michelle (Obama) and an NCAA coach turned Milwaukee Bucks executive, to join their front office. He is expected to be involved in player development in some fashion, though there are conflicting reports as to what his specific duties may be.

Robinson, a former collegiate teammate of Steve Mills at Princeton, is the latest addition to the newly promoted President’s Knickerbocker cabinet. He joins General Manager Scott Perry and Assistant GM Gerald Madkins, who previously worked with Perry on the Seattle Sonics. Clearly, Mills and Perry aren’t afraid to turn to their friends and/or shake things up a bit. Connections are a plus and the pair doesn’t appear relegated to depending upon those in James Dolan’s inner circle.

In seeking out the right formula for success in New York, Mills and Perry can go about creating something in their own manner. The addition of Robinson is even further proof of that. Recently, Perry joined the BJ & Bucher podcast to discuss the opportunity of joining a front office led by an all African-American executive team.

Robinson’s arrival (along with that of other newbies in the front office) has given way to speculation that the likes of Allan Houston and Clarence Gaines may be on the way out. Houston is a fan-favorite with long-standing ties to many in the organization (Dolan and Mills included) and Gaines has a proven track record of success (with regard to scouting) amid New York’s continued struggles. Mills and Perry are proving that changes are not only in store, but happening as we speak. Nevertheless, the fact of the matter is that there are more than a handful of scouts and other player personnel related staffers who could reach the chopping block much quicker than Houston or Gaines in order to make room for the new hires. Only time will tell.