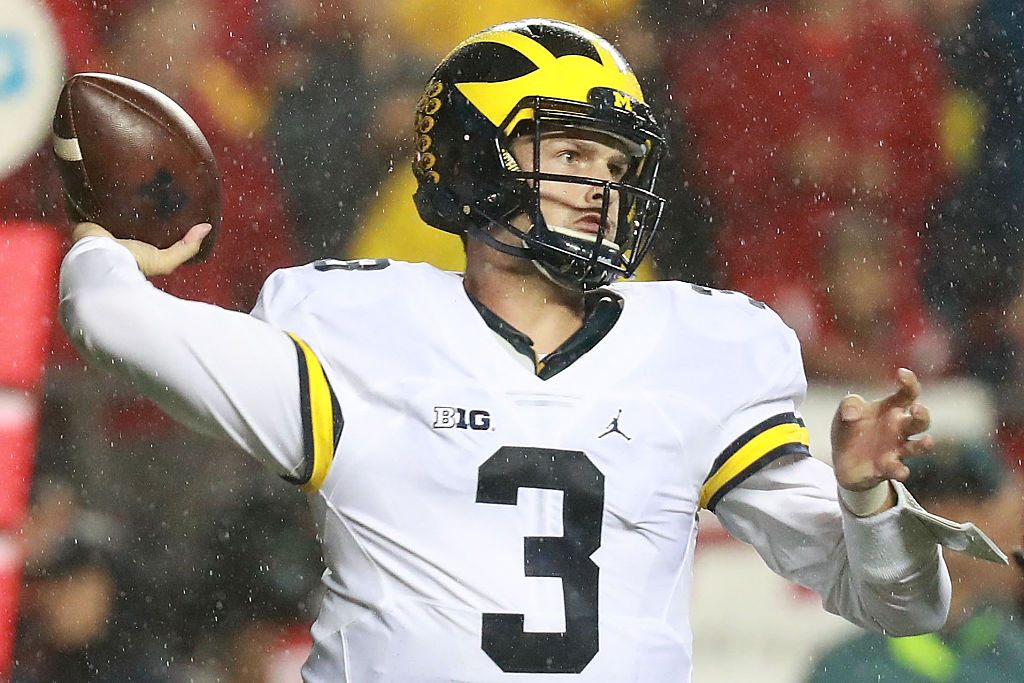 Here’s what they said about the Wolverines:

“It took hours last winter to get through all the tape of the 11 Michigan players who were drafted this year (most of any school). The depth is inexperienced, but the cupboard is hardly empty. Maurice Hurst and Rashan Gary have elite potential and both are poised for big seasons up front. Mike McCray is a long-limbed linebacker who had an eye-opening season in 2016. Mason Cole will bump outside to tackle, but he has starting potential as an NFL center. The most exciting offensive sophomores to watch are Chris Evans and Ben Bredeson.”

ANN ARBOR, MI – SEPTEMBER 03: Rashan Gary #3 of the Michigan Wolverines battles against Dejon Allen #50 of the Hawaii Warriors during the second half on September 3, 2016 at Michigan Stadium in Ann Arbor, Michigan. (Photo by Gregory Shamus/Getty Images)

SI also projected who the first and second-team All-Americans will be for 2017. One Wolverine made the list;  sophomore defensive end Rashan Gary, who was named to the second-team.

The magazine also released their preseason top 25, and Michigan finished at number 11. Here is their “player you need to know” from Michigan:

“[Redshirt] junior defensive end Chase Winovich is a former high school quarterback who started two games last season and had eight TFLs and five sacks while playing in the shadow of the now NFL-employed Taco Charlton on a loaded defensive line. Ask Wolverines team leaders who they expect to have a breakout 2017—aside from defensive tackle Rashan Gary—and a lot will stump for Winovich.

“In hopes of becoming more than primarily a third-down edge rusher, Winovich bulked up in the offseason, adding 10 pounds, so that he now checks in at 6′ 3″, 245. [Senior] offensive tackle Mason Cole, who faces Winovich at practice every day, said of his seemingly tireless teammate, “He has the best motor I’ve ever seen.”

SI also included a section where an anonymous coach talked about the Wolverines:

“[Redshirt junior] Wilton Speight isn’t a great quarterback, but he’s solid. He’s efficient. He’s not a great runner, though he does have surprising escapability for someone who’s 6′ 6″, 243 pounds. He manages the game well. [Coach Jim] Harbaugh wants to beat you into the ground, and he’s got a big, physical team. All 22 guys, the backups, special teams—they look the way they’re supposed to look.

“They’re so aggressive on defense, whether they’re playing man coverage or in their zone packages and third-down stuff. Don Brown is the most aggressive defensive coordinator I’ve seen in a long time. That system has worked for him for 25 years and he keeps tweaking. Now he’s got a lot of high-level talent and depth. You can get some chunk plays against them because of all the man coverage, but you’ve got to finish drives. They’re stingy in the red zone.

“They’ve lost a lot of guys to the NFL, but many of these new starters have played and they’re talented. We loved [sophomore] defensive tackle Rashan Gary. To be that big [6′ 5″, 287 pounds] and move like he can is rare. He’s gonna be an All-America either this year or next. I like [6′ 2″, 282-pound fifth-year senior defensive tackle] Mo Hurst. He’s a powerful dude with good feet. Mike McCray [a 6′ 4″ fifth-year senior linebacker] is rangy and does a lot for them. He’s 245 and moves like he’s 220.”

MIAMI GARDENS, FL – DECEMBER 30: Wilton Speight #3 of the Michigan Wolverines warms up prior to their Capitol One Orange Bowl game against the Florida State Seminoles at Sun Life Stadium on December 30, 2016 in Miami Gardens, Florida. (Photo by Mike Ehrmann/Getty Images) 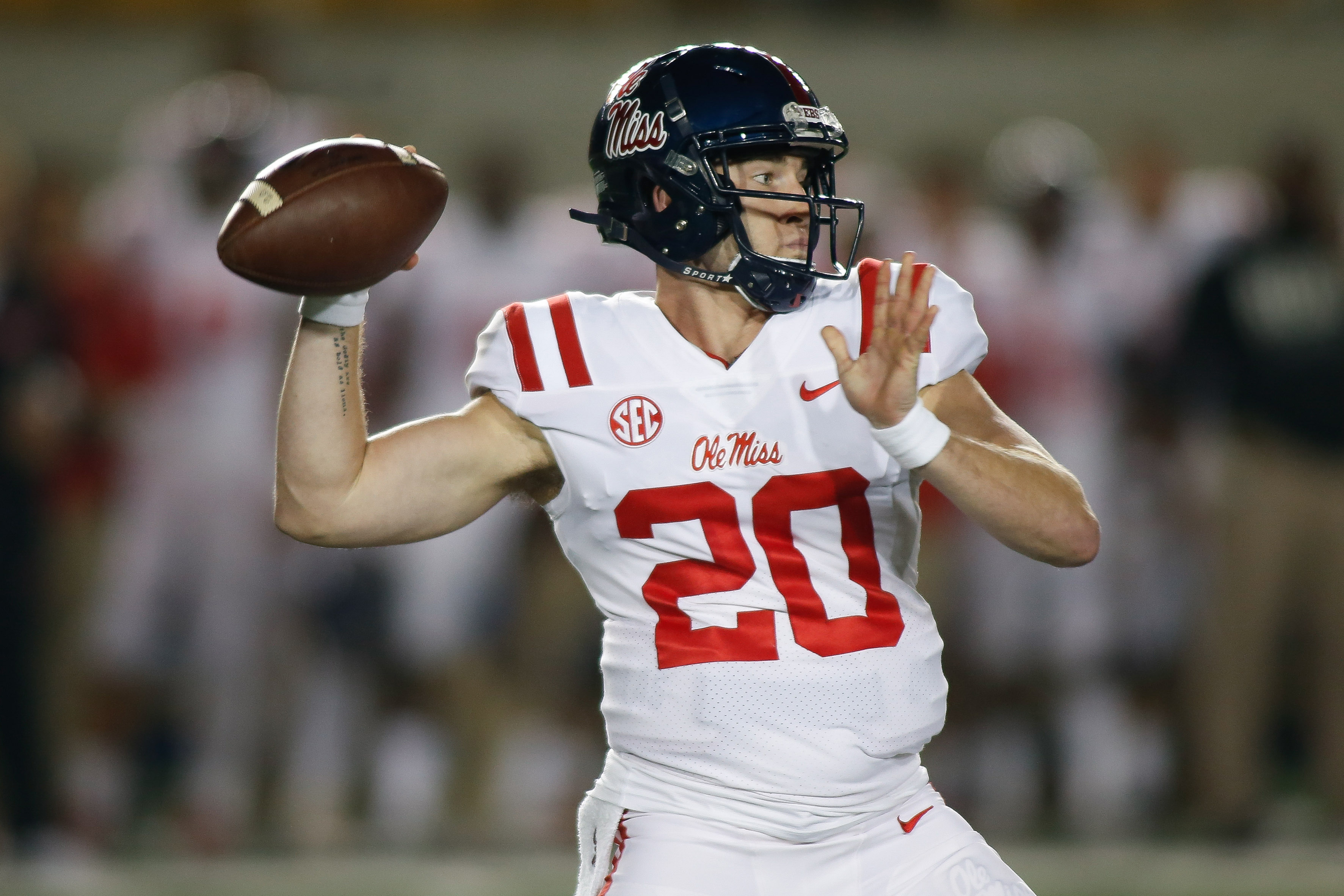 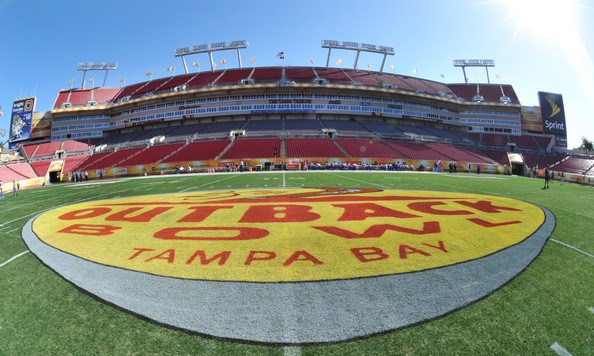 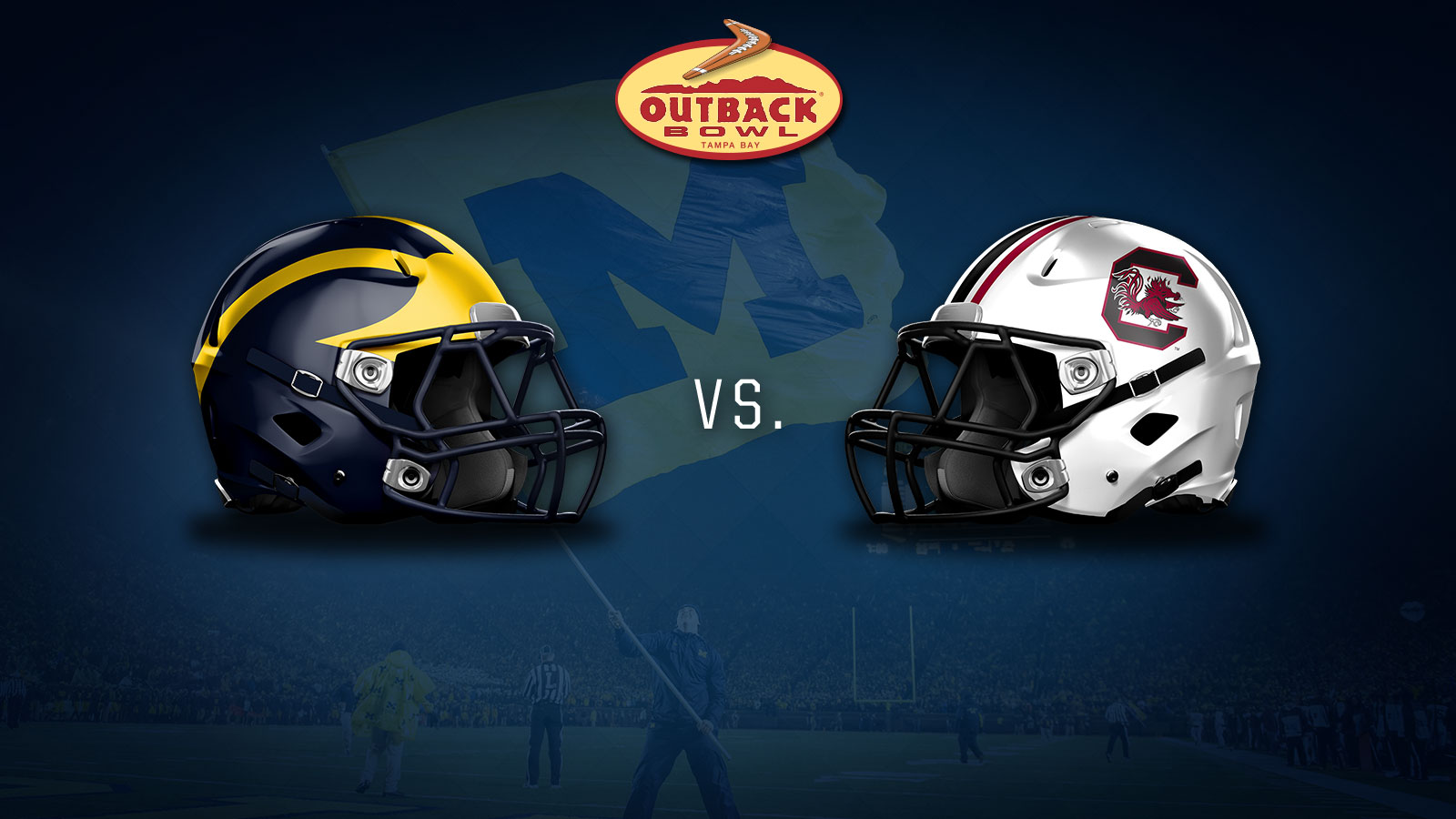