Your Morning Dump... Where There's No Chance Cleveland Gets Tatum or Brown 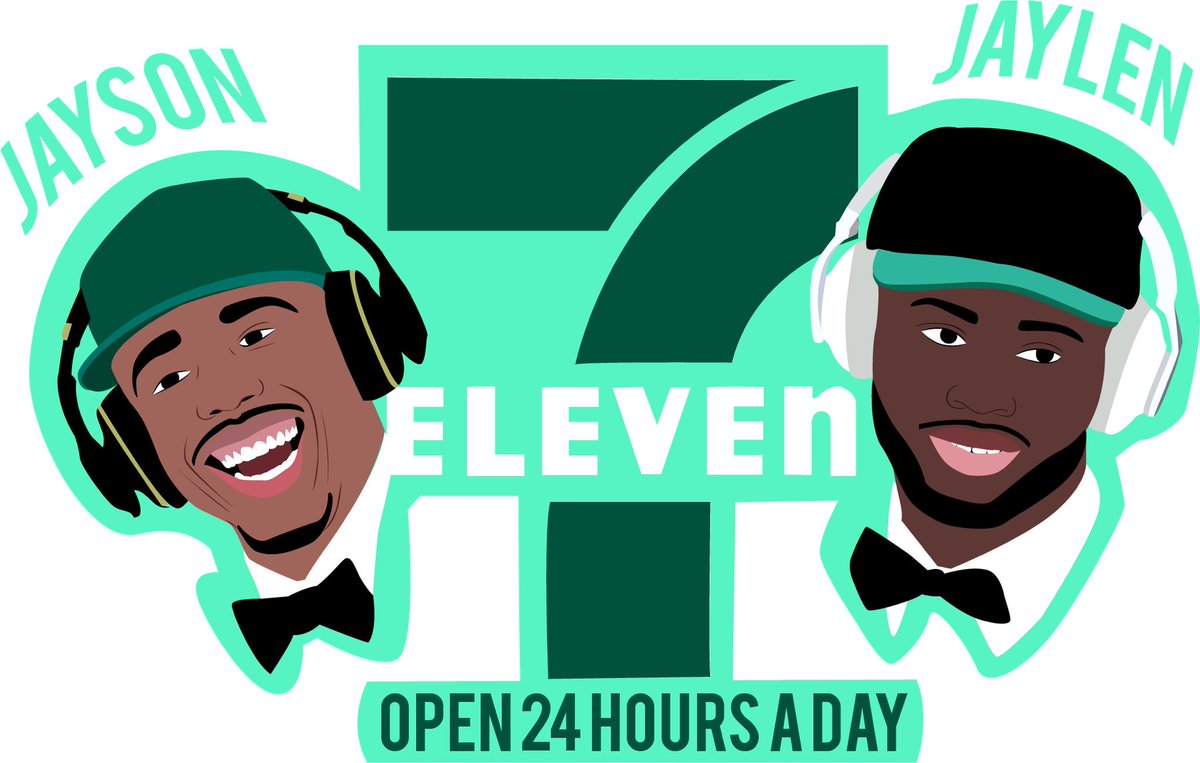 Your Morning Dump... Where There's No Chance Cleveland Gets Tatum or Brown

ESPN’s Adrian Wojnarowski reported Sunday on SportsCenter that the Cavs are expected to check on the availability of Jaylen Brown and Jayson Tatum.

“Now, Cleveland is going to try to inquire about a couple of the Celtics’ young players, Jaylen Brown, Jayson Tatum, who they tried to get in the original trade, that is very unlikely,” Wojnarowski said. “But Boston still has a war chest of future first-round picks of their own, and some picks they control from other teams, and Cleveland is going to try to get one more of those to finalize this deal.”

But Wojnarowski backed up an early report that the C’s will “resist” adding any pieces to the deal.

“Boston is resisting, and are going to initially at least, resist this idea,” Wojnarowski said. “Boston believes that it was completely transparent with Cleveland about where Thomas was physically, his rehab. Cleveland’s version of this is that they didn’t realize how long Thomas could potentially be out this season. He’s in the final year of his contract, and obviously, that matches up with what will likely be the final year of LeBron’s current deal, and so there’s going to be a showdown here between these two teams that may last a couple more days.”

The Kyrie Irving trade saga continues. The Cleveland Cavaliers still hope to extract additional assets from the Celtics. Despite Boston offering the best Kyrie trade package, the Cavs have newfound concerns about Isaiah’s hip, and might veto the trade based on a failed physical.

Just two weeks ago, Cleveland discussed trade packages to Denver where Jamal Murray was the centerpiece, a deal to Phoenix which featured Eric Bledsoe, and an offer from Milwaukee that included Khris Middleton and Malcolm Brogdon. Instead, they received Isaiah Thomas, Jae Crowder, Ante Zizic, and Brooklyn’s unprotected 2018 1st rounder.

Everyone praised new GM Koby Altman for completing a deal which yielded an all-star point guard, a 3-and-D glue-guy on a great contract, and a promising pick in a loaded 2018 draft. He deserves it. Altman wouldn’t get a comparable offer from the 28 other teams, but with heightened concerns about Isaiah’s hip, the Cavs are using that leverage to squeeze more assets out of Boston.

Ainge will not part ways with Jaylen Brown or Jayson Tatum. No way the deal includes the Brooklyn pick and Brown/Tatum, unless Cleveland’s also willing to throw in Kevin Love. Yahoo’s Chris Mannix confirmed that Ainge is not willing to include additional assets of value.

Per @ChrisMannixYS on @CSNNE, #Celtics will draw line in sand. May part with a 2nd Rd pick to complete #Cavs deal. No firsts/Brown/Tatum.

.@ChrisMannixYS: "Everything #Celtics had they gave to #Cavs, which has made Boston front office/ownership frustrated Cavs balking." @CSNNE

The Celtics have some leverage. Kyrie Irving shocked the NBA world when he requested a trade. The timing could not have been any worse. If teams knew Kyrie was available, they would recalibrate their free agency plans. A team like Minnesota — one of Kyrie’s preferred destinations — cannot trade newly-signed Jeff Teague until mid-December, as is the case with other recent signees.

This trade could actually get rescinded if Cleveland doesn’t have faith in Isaiah’s hip or his ability to recover. We’ve never seen this situation with a blockbuster trade. After a week of intrigue surrounding this deal, it might get nixed.

There’s a scenario where Isaiah and Jae come back to Boston. Does Danny try to trade them immediately? Do they play the season in Boston but stay hush about their dissatisfaction? If they do come back, is it a distraction to the team?

Most fans were lukewarm about the trade, particularly with giving up Isaiah after his incredible season. Cleveland and Boston have until Wednesday to “complete” the trade, or it gets vetoed by the league office.

Page 2: A Deeper Look at the Ousted Celtics Medical Staff

The Celtics parted ways with its medical staff this summer. The move was surprising, and we never received an explanation why it happened.

Team medical staffs don’t get much scrutiny, but Ed Lacerte was with Boston for 30 years. That really all we know. There’s not much information on his training regimens or philosophies. Simply, he was a Celtic lifer and everyone loved him for that.

For the past few years, we’ve witnessed a disconnect between the medical/training staff and the team PR. Every time a Celtic player gets injured, the media receives contradictory information, and the diagnosis doesn’t stay consistent.

I can’t say whether the team is misdiagnosing injuries, but between injuries with Bradley, Horford, Crowder, and Isaiah, the team displays an indecisiveness and inconsistency when publicly discussing player injuries.

Avery Bradley was the prime example. He injured his Achilles on January 7th and didn’t return fully healthy until February 27th.

The team initially thought he’d only miss a few games. Marc D’Amico reported that the team expected him to play a week later against Washington:

“The Celtics hope to have Bradley back in the lineup on Wednesday when they host the Washington Wizards…Avery Bradley is out Tues. night in Toronto. Tests confirmed original diagnosis of strained Achilles. Goal is to have him play Wed. at home.”

He didn’t suit up for the Washington game, and missed the next game against Atlanta, even though every media outlet said he’d play. He rejoined the team on January 16th versus Chicago. It was a bad move, Bradley reaggravated the Achilles and proceeded to miss the next month.

Once again, there were conflicting stories on when he’d return. The next game — an 11 point loss at home versus New York —  he was apparently a game-time scratch. MassLive reported Al Horford didn’t know Bradley wasn’t playing until moments before tipoff.

On January 31st, the Globe reported the following:

“The Celtics are getting precariously close to being whole for the pre-All-Star break stretch run, with Avery Bradley’s return to the lineup possibly coming Wednesday night against the Toronto Raptors.”

“Precariously close?” Every beat reporter said he was close, but as we know, Bradley didn’t return until the end of February. Everyone was told (presumably by the team) Bradley would play against Toronto, but it was a while before he returned to action.

It was an ongoing excercise of different media outlets reporting Bradley would return soon, then getting news that his progress was delayed.

He eventually returned on February 27th, a month after he was first scheduled to return. There was never a clear explanation why the delay was so pronounced, everyone just accepted his 23 game absence because the Celtics were playing well.

A similar situation happened with Horford. He suffered a concussion in late October. He practiced within a few days, and it only seemed like he’d miss a week, but he was sidelined for 8 games.

Remember Jae Crowder’s injury from two season ago? During a critical March stretch, Crowder injured his ankle and was expected to miss two weeks. He returned within the scheduled timeframe, but never looked the same for the rest of the season.

Crowder rejoined the team on March 31st against Portland. It was clear he was rushed back, and couldn’t play the next night at Golden State, when the Celtics ended the Warriors 54 game home winning streak.

When Crowder went down, it seemed like a minor injury. But he was rushed back, and nobody in the media knew the severity of his ankle sprain.

We can even talk about Isaiah’s hip injury. How long did they know about it? Why was it such a secret? And why is every new story about his hip more negative than the last?

Kevin Garnett’s 2009 injury epitomizes all of the misinformation and misleading reports about a Celtic injury. His knee problem was not considered a big issue when he first hurt it, but the news got progressively worse and he missed the rest of the season.

Is the medical staff actually misdiagnosing these injuries? Is it more of a PR problem? Maybe the Celtics would rather tell fans a player is returning sooner than later? We really don’t know.

I’m not qualified to discuss whether Ed Lacerte was an effective trainer or not. But based on this shaky string of injury news, it’s clear there was some disconnect with the medical staff, and we’ll see if the new staff — led by Art Horne and Johann Bilsborough — will bring more clarity in injury reporting.

Boston.com: What we Know about IT’s Physical

Herald: Eyes on the Prize for Celtics

USA Today: What’s Next for Cavs and Celtics