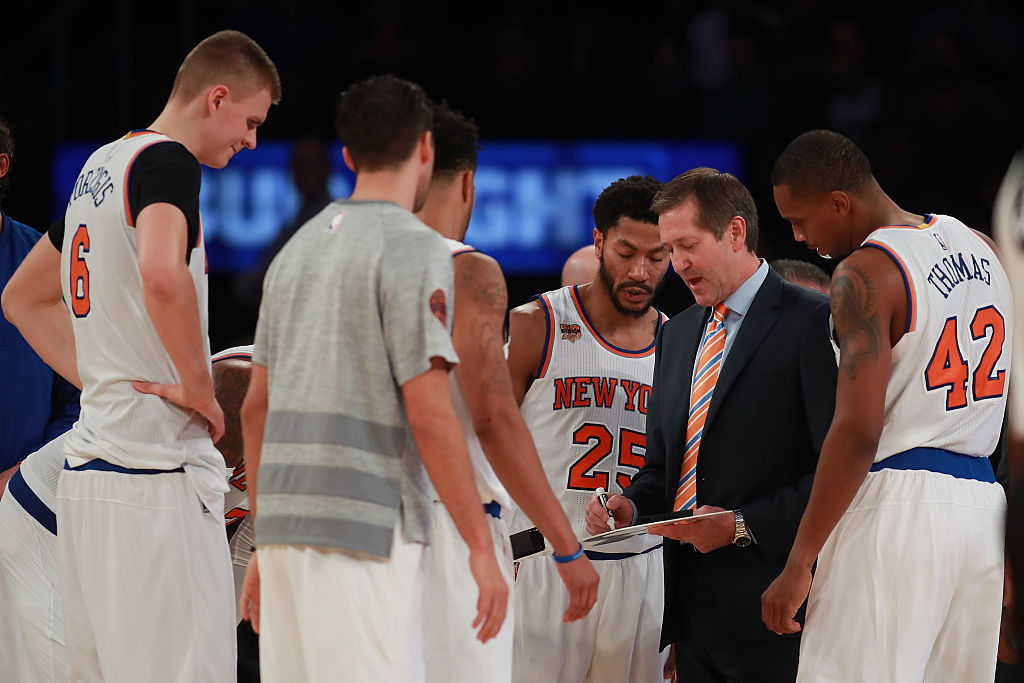 According to a Patreon report by longtime NBA writer Peter Vecsey (hat tip to The Big Lead), Kristaps Porzingis’ dramatic decision to skip out on his exit meeting with Knicks brass was sparked from a dispute with head coach Jeff Hornacek, not Phil Jackson.

Hornacek was reportedly dissatisfied with the play of Porzingis and attempted to put the Latvian’s buddy Willy Hernangomez in the middle of things. The coach allegedly told Hernangomez to tell Porzingis to “stop playing like a p—y.”

That’s obviously an aggressive and obscene message and perhaps Hornacek had taken things a step too far in the way he conveyed it. Despite how heated situations get, coaches and players tend to find a way to move on, and that’s what the two sides appear to be doing at this point. Such a scenario still wouldn’t explain why Phil Jackson explored trade options for the young gun and was subsequently so outspoken about it.

If Porzingis had a reason to be upset that was much more specific to him (and much less, regarding the general disarray of the Knicks’ organization), Hornacek, Jackson, and Co. should have done all they could have to reach out immediately and clear the air. They clearly let things fester, but with Jackson out and the lines of communication open between Hornacek, Porzingis, and even Steve Mills, they have an opportunity to move forward in a positive direction.

It’s worth noting, however, that Hornacek has made it known on multiple occasions that he relates well and feels very comfortable collaborating and leaning on his veteran players. As New York implements a full-press youth movement this coming season (with Porzingis set to emerge as the clear-cut face of the franchise), Hornacek’s relationships with the team’s up and coming talents will be vital.