WATCH: Michigan QB Wilton Speight Pulled After Back to Back Pick 6's 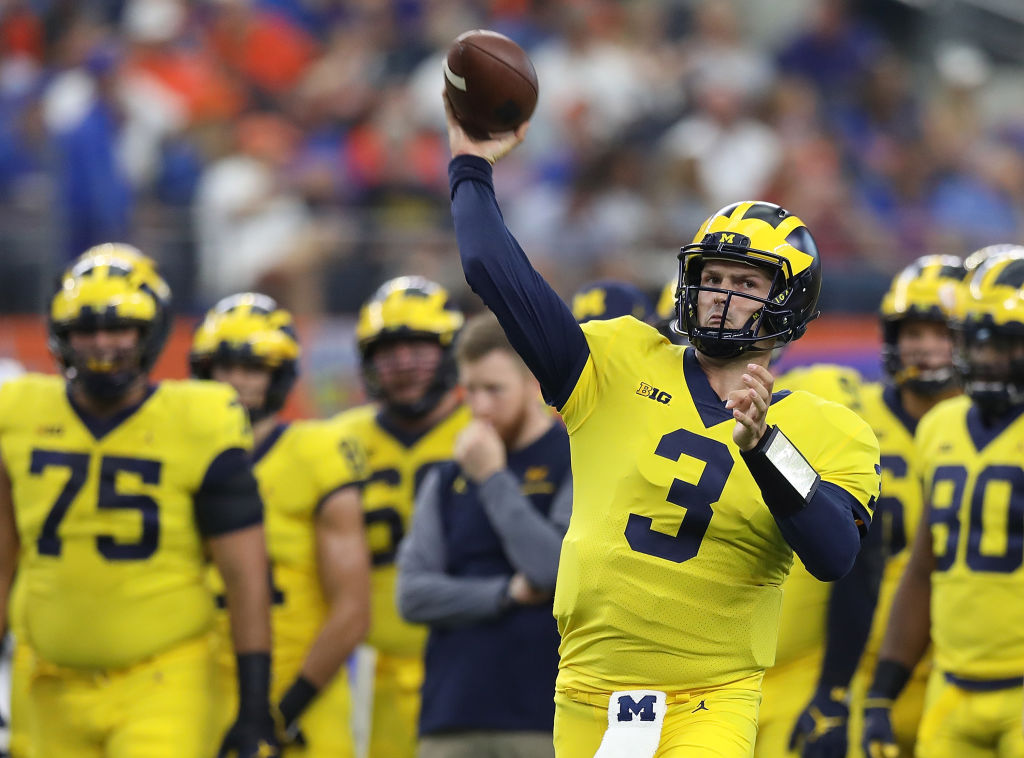 WATCH: Michigan QB Wilton Speight Pulled After Back to Back Pick 6's

Junior Wilton Speight came into the game as the clear number one quarterback for the Michigan Wolverines but that all changed about midway through the second quarter. Speight threw two consecutive pick 6’s to Duke Dawson (48 yards) and CJ Henderson (41 yards). Coach Jim Harbaugh decided that was enough and he needed someone from Michigan that would actually throw it to fellow Wolverines. Harbaugh inserted QB John O’Korn with the Florida Gators leading 17-10 halfway through the second quarter.