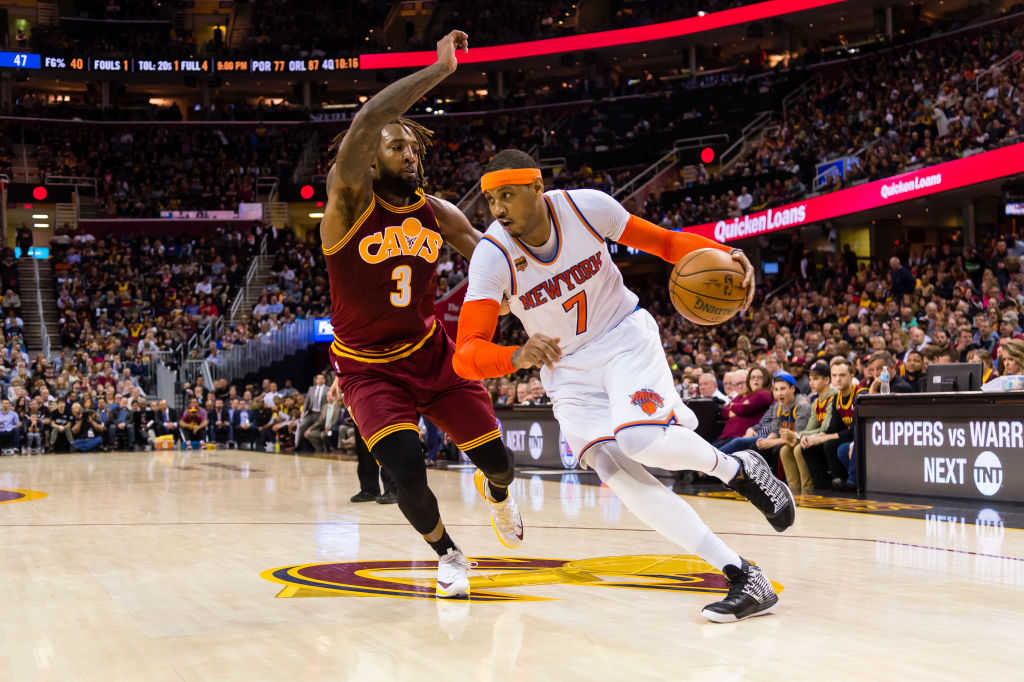 NBA training camp begins in less than three weeks. A brand new campaign is upon us. Over the course of this offseason, the Knicks’ front office has made it clear that they are interested in shopping Carmelo Anthony and finding the best solution for both parties. Though New York has been in no particular rush to pull the trigger on such a deal, moving Anthony is undoubtedly the best way to go. The Knicks need to start fresh and focus on developing their youthful talent. As far as Anthony is concerned, he’d be better suited contributing to (but not necessarily carrying) a contender’s efforts to chase a championship.

The Knicks are moving future and Anthony is no longer in the team’s future plans. With a new NBA season suddenly right around the corner, that future starts now. Despite all of the talk surrounding a potential deal for Anthony this summer, he’s still a Knick.

A team’s annual media day presents an opportunity for players to address pressing questions that arise with a new season. The fact that Anthony and the Knicks will be better off parting ways isn’t new news by any means. One would think that this is still something that will be discussed, should Anthony return and be front and center to start another season. If he returns following a summer of ramped speculation, the same questions will remain. The answers may be the same as well, but if he’s still around, they are worth asking again from a media prospective, until he isn’t.

What does all this mean? Perhaps it would be in the best interests of both Anthony and the Knicks if the team simply advised him to sit out the early season proceedings. On media day, the ten-time NBA all-star is sure to be a topic of conversation and his presence would make him an instant target for questions that he doesn’t necessarily have the answers to. In addition, his presence at camp may prove to be a distraction because he clearly isn’t in the team’s future plans and may not be an on-the-court focus for the coaching staff. Media Day itself often calls for a team to shoot footage for any and all seasonal promotional items and campaigns. In promoting ticket sales, the Knicks have conveniently committed Anthony from the materials. Media Day may not be any different. Is it best the star forward simply stays home until New York can figure something out?

Perhaps. The case for Anthony to fade into the background until further notice can certainly be made. That being said, he didn’t necessarily create these circumstances. The Knicks provided a no-trade clause in his current contract. The previous regime’s front office disregarded him in a public and unnecessary manner. The team hasn’t won with Anthony as their centerpiece, but there are also many other factors that have given way to all the tension in this situation. It’s not on him by any means.

Anthony was voted “Best Teammate” on the Knicks via the Players Voice awards given out by the National Basketball Players Association. He’s continued to serve as a dedicated mentor, welcoming young teammates like Frank Ntilikina, Chasson Randle, and Luke Kornet into his workouts/scrimmages this summer. If he can understand (and come to acceptable terms with) New York’s current situation, Anthony may attempt to do his best not to be a distraction and just simply provide support for those around him.

He’s given no indication that he wouldn’t be able to do that, so it’ll be interesting to see how the Knicks handle his presence on the team in the coming weeks.