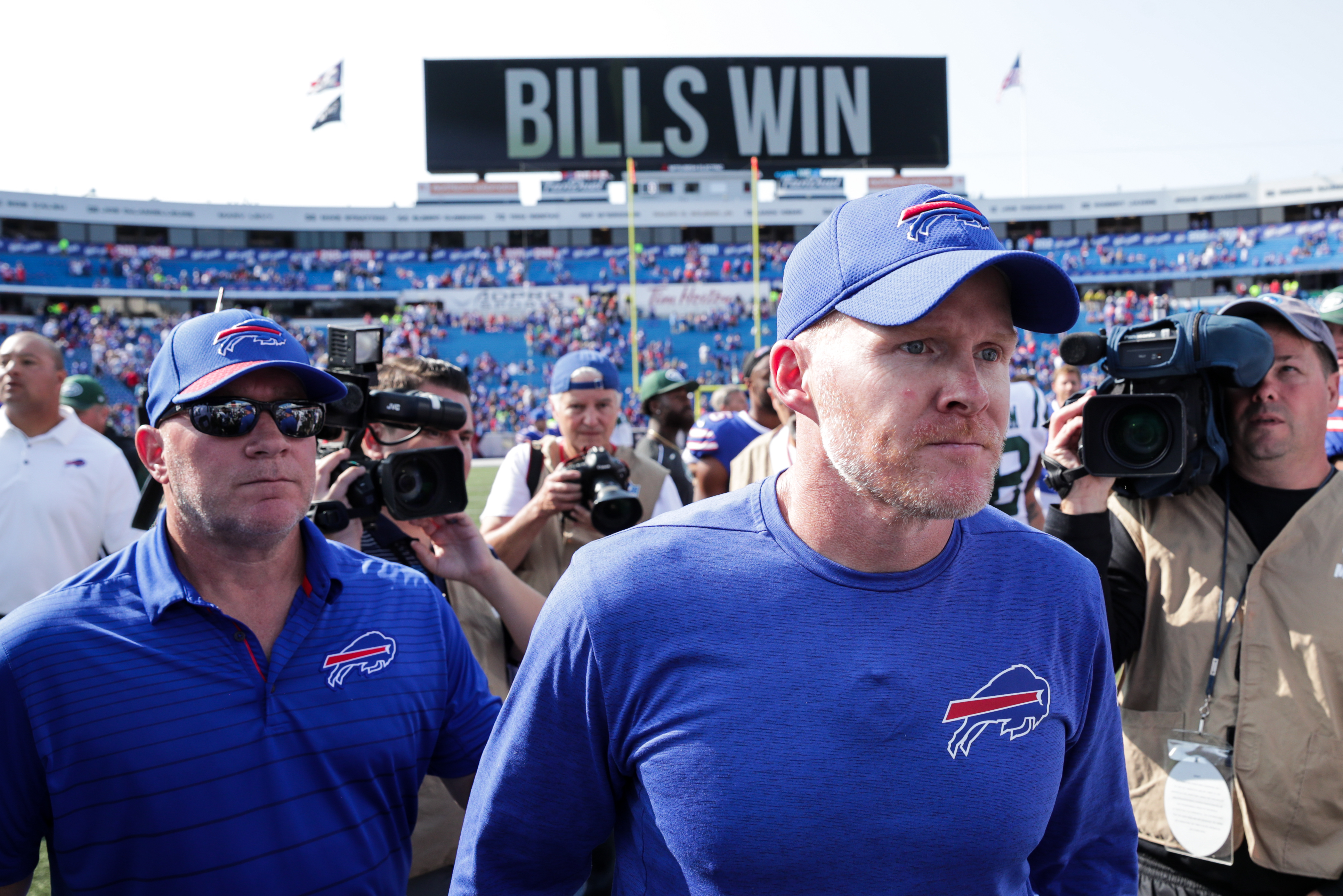 Going into week one, no one knew what the Bills would look like, going against a team that is waaay ahead of them in the tanking race, the New York Jets. The Bills were able to play an efficient, run based game – with two solid defensive turnovers – beating the Jets 21-12.

From start to finish, the Bills felt like they were a step away from punching the wobbly legged Jets out. After a tipped ball in the endzone gave the Jets life, the Bills stomped it out in the second half, relying on the legs of Shady McCoy and a host of receivers after the catch to put the game beyond reach.

The secondary – The new-look Bills secondary did an awesome. Out of the group, Jordan Poyer in particular flashed, getting an interception, as well as showing up a ton on screen in terms of tackles, passes defensed and being around the ball. Micah Hyde put the cap on the win with an interception of his own, and rookie Tre’Davious White was superb in coverage (4 tackles, 2 passes defensed).

The running game – The Bills gashed the Jets for 190 yards rushing, with LeSean McCoy leading the pack with 110 yards on 22 carries. Mike Tolbert contributed 12 for 42 with a touchdown while Shady convalesce his wrist in the new Bills medical tent and funhouse, and Tyrod converted a few third downs with his legs. All in all a good showing for the running game.

Tyrod – 224 yards, 2 touchdowns and an interception, with 38 yards on the ground. I was going to go “bad” with the 57% completion rate, but given some of the issues below I will allow it. Taylor look okay – not bad, not hall of fame worthy – but solid outing at quarterback, and I’m interested in seeing how he handles this season of change.

Lorenzo Alexander – I am a ‘Lo Stan mainly because this dude works. Wanna know how much he works? Look for the clip that’ll flood the twittersphere of him working the body on a receiver trying to punch the ball out. Lorenzo’s drops and his rage that a player makes a catch on him, despite great coverage is all you need to know about my dude. If he isn’t the Coach Troops “stay humble” award-winner this week, I don’t know who is.

Receiving Deep – The Bills at the mid-point I believe of the 2nd quarter got pretty lucky with a pass interference call, based solely off of the fact that Andre Holmes ran into the corner…and stopped. The story of this game was the focus of Taylor throwing to middle of the field, but to be honest, he didn’t have much of a choice! I saw a few Bills-y “x was open and his missed him” which also discounted:

Offensive Line Pass Blocking – The line was rough early; towards the end they did a better job, but in the aforementioned example, if you were in the end zone and could see the play, Taylor was flushed out of the pocket prior to having the option to throw to said person. Given the desire of the staff to find “their people” this ‘Man in the Arena’ poo pooing of Taylor will be the bane of my existence this season.

That Kick – Hauschka coming in to me was Carpenter, Seattle edition. That field goal attempt does not inspire anything other than confirmation of my theory.

Charles Clay was not only the key receiver in the game – 4 catches for 53 yards and a touchdown – but his drops were the subject of league investigations:

“Were there steps post catch? Did he dance a jig after? Can we find Satellite footage that shows ball movement?”

Let’s take a look at what I got in the ole Tweet bag:

@Rich_Fann what is the penalty count on the Bills today?

I'm a jets fan and we need a qb so keep throwing those bad boys. We coming for that #1 pick

You may want to check out my Race to QB Mountain series, where I dive deep into the QBs entering the league in 2018.

With that, we’re done for the week. NEXT WEEK – Carolina.

The Taeks they will be hawt!