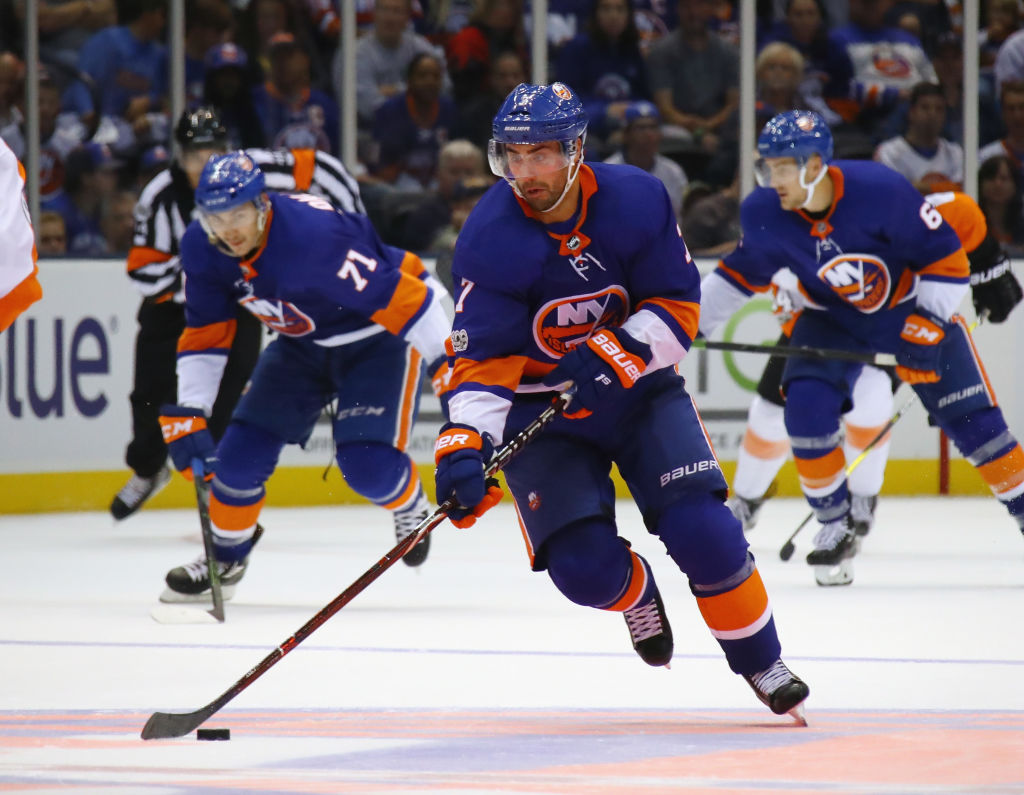 EAST MEADOW, N.Y. — Jordan Eberle played his first game in and Islanders uniform on Sunday and has been adjusting to life with his new team through the first few days of training camp.

Earlier this week Islanders Insight caught up with Eberle to discuss his adjustment to New York and playing with John Tavares. Below is the full conversation:

Insight: What has Long Island been like so far?

Eberle: “It’s been good. This place is great. The team has been awesome. Guys have been really helping me get accustomed here as far as the practices. It’s been nice to get out there and start getting things going. Just getting the terminology down and getting their system down.”

Insight: How has it been to work with John and start to work on the chemistry between you two?

Eberle: “It’s been good. It’s tough to do much when we’re really just running through drills out there. I think that stuff kind of comes in the games and the more you play with each other the more you get used to it, so the games will be really important for that.”

Insight: And building that relationship off that ice as well, have you gotten some time to spend with guys off the ice?

Eberle: “Yeah, I actually knew quite a few guys coming in. I think that made it a lot easier just with help with anything. Whether it was trying to find a place, a car, whatever. And anytime you know guys you can fit in a lot easier. The transition there has been quite easy.”

Insight: What was that experience like going through the trade for the first time in your career?

Eberle: “I think first off it’s a bit of a shock. You’re with an organization for so long, you get traded you’re shocked. But the more you think about the more I got excited. I realized the opportunity I was going to get in here and I want to take full advantage of it.”

Insight: How has it been getting to see some of the sites and getting to know Long Island and Brooklyn?

Eberle: “It’s not what I expected. I hadn’t really been to Brooklyn, I figured I’ve been here the last couple years, but I haven’t had a chance to go to the arena in our dressing room and what not. But, Long is not really what I expected. It’s a lot smaller and quaint than I thought it was. It’s awesome. It’s really a great community. A lot of the guys live really close. The practice arena is in a convenient spot. As far as that goes it’s been quite easy to get adjusted.”

Insight: What did you expect Long Island to be like? I think people have an assumption that it’s just like the city.

Eberle: “Yeah that’s exactly it. They think it’s big tall buildings, but it’s not. It’s a smaller community and a lot of good people.”

Insight: Have you gotten a chance to explore Brooklyn and the city, and become a little bit more of a New Yorker?

Eberle: “No not really. I’ve just kind of been focused on hockey and getting settled in. I think maybe that will come later.”