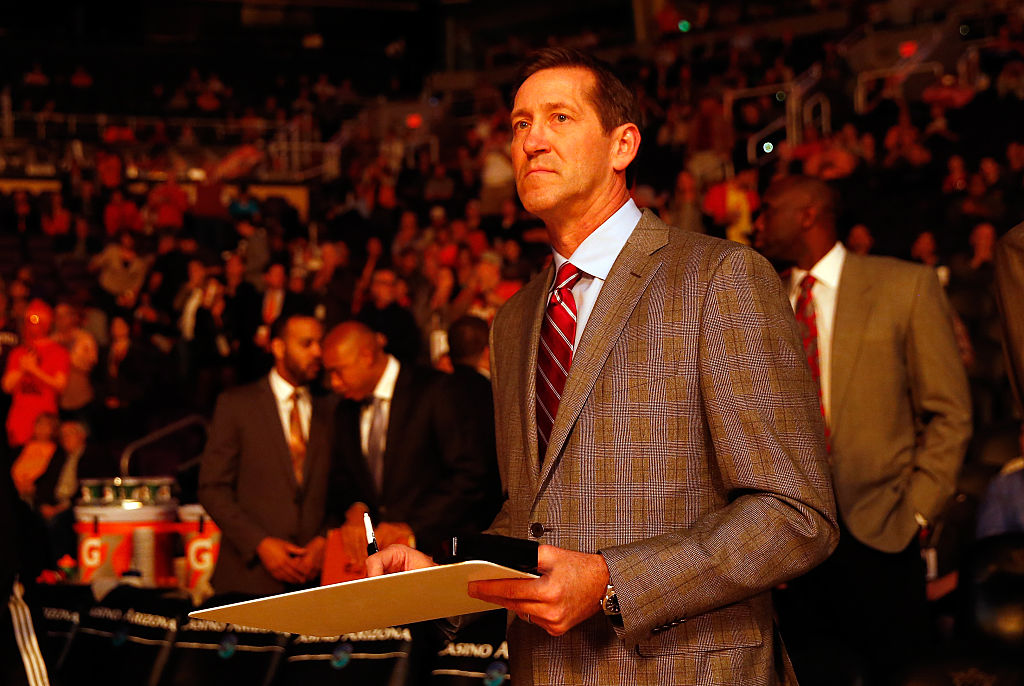 NBA training camp hasn’t even officially started yet, but already it’s becoming clear that head coach Jeff Hornacek will have the freedom to run things more to his liking. The pushing of the triangle offense appears to be a thing of the past.

Meeting with the media on Tuesday, Jack made it sound as though Hornacek was going to get back to his roots as a coach. While leading the Phoenix Suns, the former Jazz sharpshooter implemented more of a run and gun style, letting his team’s promising talent be more free spirited and put some decent mileage on their young legs.

“So far it’s a lot, (a) much more fast-paced style offense. Moving, cutting. A lot more ball movement. But from what I understand that’s going to be the crux of it right now,” Jack said of what he’s seen from Coach Hornacek, per Ian Begley.

With that in mind, the special focus around the triangle offense will likely be a thing of the past. Of course, many successful teams run principles of the system as part of what they do, but it’s overwhelmingly clear that it only should be blended in to better fit the more uptempo style of today’s game.

For now, the Knicks should be concerned with revitalizing their players and creating a new, stable identity for what they’re going to do on the court. Coach Hornacek should stay true to what he knows to be successful, and then look to pull from other resources when it comes to filling things out or putting the finishing touches on his offense. Elements of the triangle should be mixed in for variety and/or adjustment purposes, not as a means of dictating who the Knicks are. They need to push the pace and it looks like that’s what they’ll begin to do.