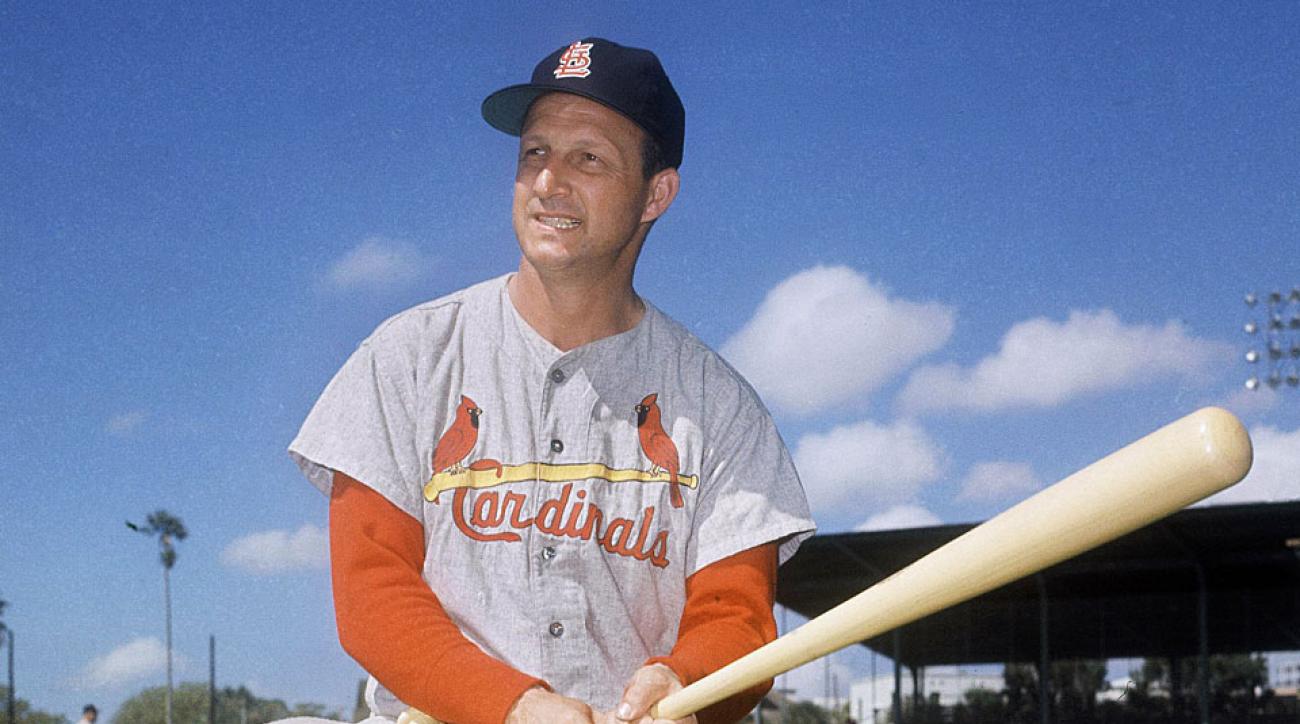 Stan Musial had one one the best nicknames ever.

‘The Man’ was so good and used so often that it’s kind of just part of who he was. A moniker that was never questioned. Never seemed out of place.

It’s like asking for a Kleenex when you meant a tissue… everyone knows who you’re talking about when you say ‘The Man’.

One of the most striking tidbits about Stan Musial’s nickname, however, is that it was bestowed not by Cardinals fans, but by Brooklynites. The story goes that at Ebbets Field on June 23, 1946, Dodgers fans took to chanting “Here comes the man” when Musial, who routinely destroyed Dodger pitching throughout his career, stepped to the plate. Longtime St. Louis Post-Dispatch writer Bob Broeg heard the chant, stuck it into his next column—and the most fitting nickname in baseball history was born.

The other day my dad happened to send me an article Mr. Broeg wrote that spoke of ‘The Man’ nickname:

Just a look back on a bit of Cardinals history that I thought was pretty cool.

Looks like suits were a bit cheaper back in the day as well.