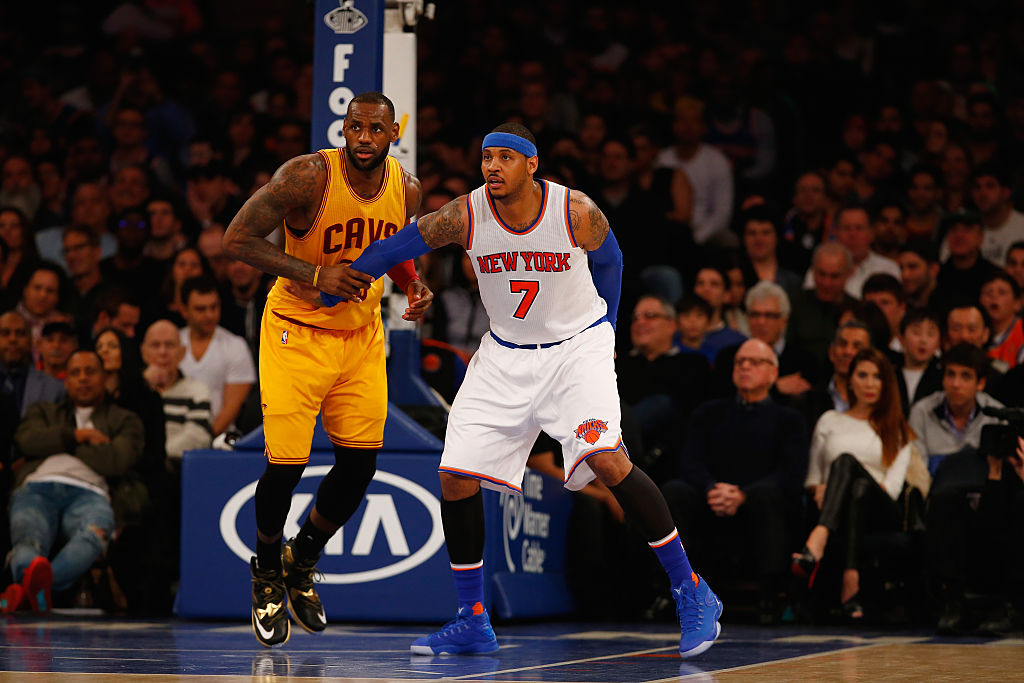 Following a long summer standoff with Carmelo Anthony and his no-trade clause, the Knicks’ front office emerged on Friday to announce that they expect him to report to media day and training camp, respectively, next week. It’s clear now that while someone has to give in order to help both sides find a solution, that someone won’t be the Knicks organization. They’ve played their cards correctly here.

Anthony may have power in the sense that he can dictate “where” he goes, but the Knicks control the “when” and “if.” Such variables have always signaled the team will have more power when push comes to shove. Anthony may have his preference(s) as to which team(s) he wants to play for, but if such a preference cannot provide the Knicks with meaningful return value, they are in the unique position of giving the star forward an ultimatum of sorts. By keeping him, the organization can force Anthony to consider whether playing in New York is better than choosing to be open-minded and expand his trade possibilities, even if his top choice can’t be accommodated. Houston may be the destination that truly trumps all, but is getting “stuck” playing for the Knicks not worth considering other, secondary, options?

The team has reportedly gotten an answer to that very question in the form of a no. Instead of sticking to his guns for a Rockets deal to be the only outcome, Anthony has provided the Knicks with an updated list that now includes the Cavaliers and Thunder, ESPN reports.

Cleveland has made sense for a while now, as far as Anthony is concerned. The Cavaliers employ arguably the NBA’s most dominant player in LeBron James. The superstar has appeared in seven straight NBA Finals, winning three. He’s become accustomed to shining on the stage that Anthony so desperately craves a mere smell and taste of. His good friends and former Knicks teammates J.R. Smith and Iman Shumpert are also key cogs on the team. With talk of a buyout between Dwyane Wade and the Bulls, perhaps yet another friend could accompany Anthony to Cleveland soon enough.

After trading Kyrie Irving, the Cavaliers may be even more inclined to bridge the talent gap necessary to continue competing for another championship. They may find extra motivation due to Isaiah Thomas’ severe injury. Luckily for the Knicks, Cleveland is now armed with the Nets’ 2018 first round draft pick to potentially put together a sensible package.

James may very well be the NBA’s most dominant player of the last decade, but Russell Westbrook too has reached ultimate greatness following a historic triple-double averaging campaign. Oklahoma City has always been a dark horse for Anthony’s talents. The Thunder might not play in the biggest market, but playing alongside a marquee star like Westbrook should be hard for the Knicks’ forward to pass up if he’s truly dedicated to winning. In an attempt to sell themselves to Westbrook long term, the Thunder acquired Paul George this offseason. Both players will have the opportunity to become free agents next summer. Reeling in Anthony would go a long way toward proving to the pair that OKC is an organization extremely committed and will do what it takes to compete for a championship. Unfortunately for New York, they don’t necessarily boast as many worthwhile assets.

In any event, this is a positive development for the Knicks. It’s proof that playing the waiting game paid off. In doing so, they flexed their muscles and demonstrated more power in this situation. Refusing to give a little gave way to Anthony giving a lot, considering his prior stance. Now it’s up to the front office to to find the right deal given the new possibilities. Should they not be able to find a suitable swap, perhaps Anthony may be open to expanding his list even further. This comes down to how quickly the Knicks can find a deal and how badly the ten-time NBA all-star wants to punch a ticket out of the Big Apple.