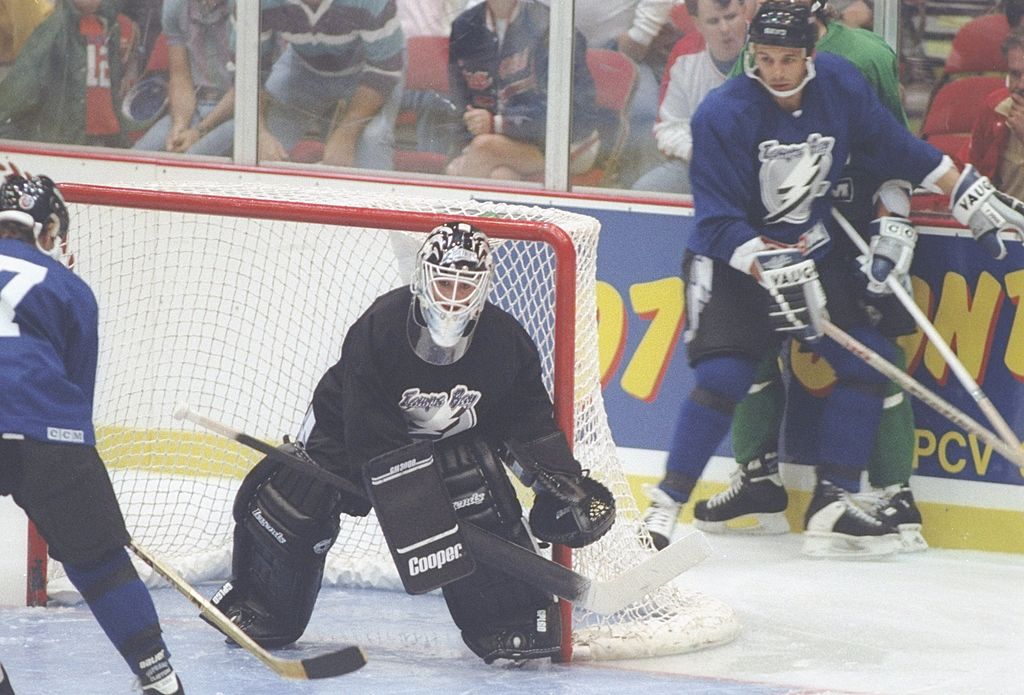 On this day 25 years ago a 20-year-old goaltender from Quebec took to the ice for the Tampa Bay Lightning’s preseason game against the St. Louis Blues at Expo Hall. The goalie would play 20 minutes and stop seven of the nine shots faced during the first period of play. The score was tied at 2-2. What makes this preseason game for a fledgling franchise stand out in hockey history is that goaltender was Manon Rheaume. She became the first woman to play in an NHL preseason game and the first woman to play in a major North American pro sports league. It’s a moment that continues to inspire sports fans even now.

It may have come about as a way for a new team in a nontraditional market to get some press. Lightning found Phil Esposito admits that was the motivation behind her invitation to Lightning training camp. ““It didn’t matter to me why I was invited,” Manon told Sportsnet. “When I was younger, so many times people said no to me to play at a higher level, like AAA, because I was a girl. So, this time around if they said yes to me because I’m a girl, I’m taking this opportunity. At the end of the day I still had to prove myself and perform on the ice.”

There was much doubt that she’d even make it into the game. Rheaume had the third best goals-against average of any Lightning goalie during that camp.Manon played in a second exhibition game for the Bolts the following year. Her time in the NHL may have been brief but her moment in the spotlight continues to resonate.

“Back then, I didn’t realize the impact I would have on young girls or people in general or even boys that play hockey,” she said. “Later in life, having parents come up to me and say, ‘You’re such an inspiration for my daughters.’ Even still today, young kids are doing projects on me at school because they read about me. They were not even born. That’s when I realized what I did had a positive impact on people.”

No woman has played in the NHL since Rheaume’s groundbreaking moment a quarter of a century ago but that doesn’t mean there’s been no progress for women in the sport. There are more opportunities at the college level and several women’s hockey leagues in operation. The USA Women’s National Team has been training in the Tampa area and will face off against a team of Lightning Alumni after Sunday’s preseason game. It’s only fitting that it comes almost 25 years to the day of Manon’s historic achievement.