Carmelo Anthony discusses the distractions that led to Knicks departure 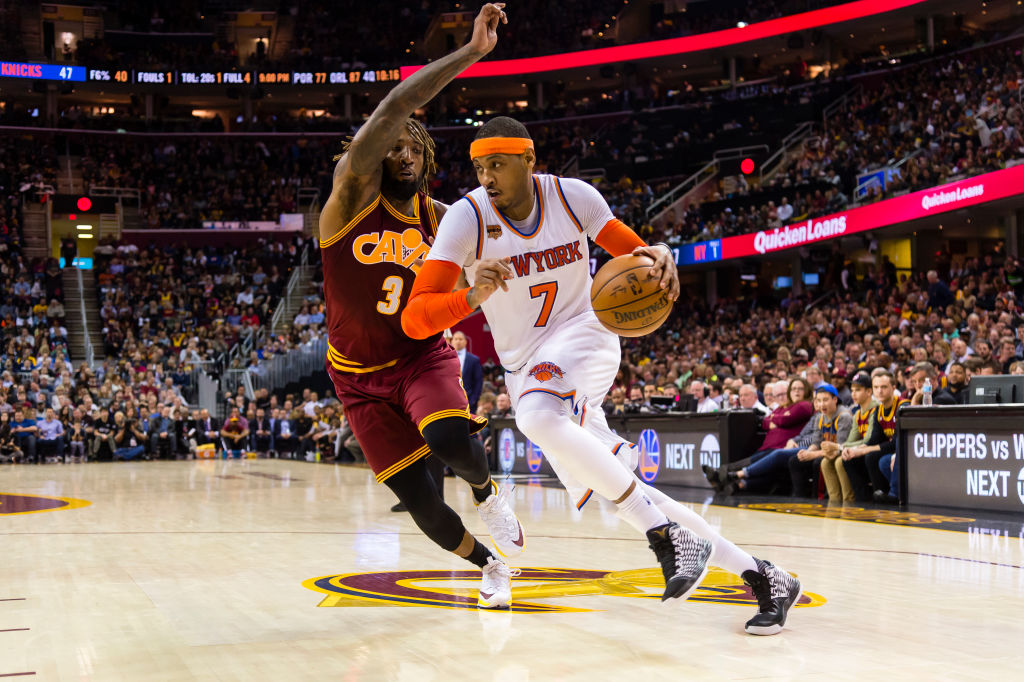 Carmelo Anthony discusses the distractions that led to Knicks departure

If a player is looking to join a contender, any team that employs the reigning M.V.P. should be considered a potential landing spot. Thus, though not the obvious choice, the Oklahoma City Thunder should have always been regarded as a dark horse to acquire Carmelo Anthony’s services given the prowess of Russell Westbrook. Their addition of Anthony’s good friend Paul George certainly didn’t hurt their chances for consideration, either.

Anthony had a growing desire to join the Houston Rockets. “A deal was done with Houston, early. For whatever reason, behind the scenes, it fell through,” he told SiriusXM NBA Radio in a recent interview. With time running out and the opportunity to be dealt before the season began fading away, Anthony said he was preparing to join the Knicks for training camp. But in the end, all of the distractions (those of the past, present, and future as Anthony anticipated the scrutiny over his return at media day), led him to be especially open-minded when OKC became a possibility.

Anthony added that all of the hoopla caused him to “[lose] motivation in New York.” Upon joining the Thunder, he feels “refreshed,” “relieved,” and “born again.” He’s beginning to feel that energy that he so desperately craved as a competitor once again.

“You can feel it. It’s something that I always wanted to get back to. I didn’t know how I was going to get back to it, but I had to almost become selfish,” he said.

Anthony (and the Knicks) made the right call by getting a deal done before the season began. Because it all happened so suddenly, there’s intrigue about how things went down. It’s safe to say the process took long enough. Still, answering such questions in the interim is much easier than having to deflect questions of how much longer (and why) Anthony would have remained a Knick.