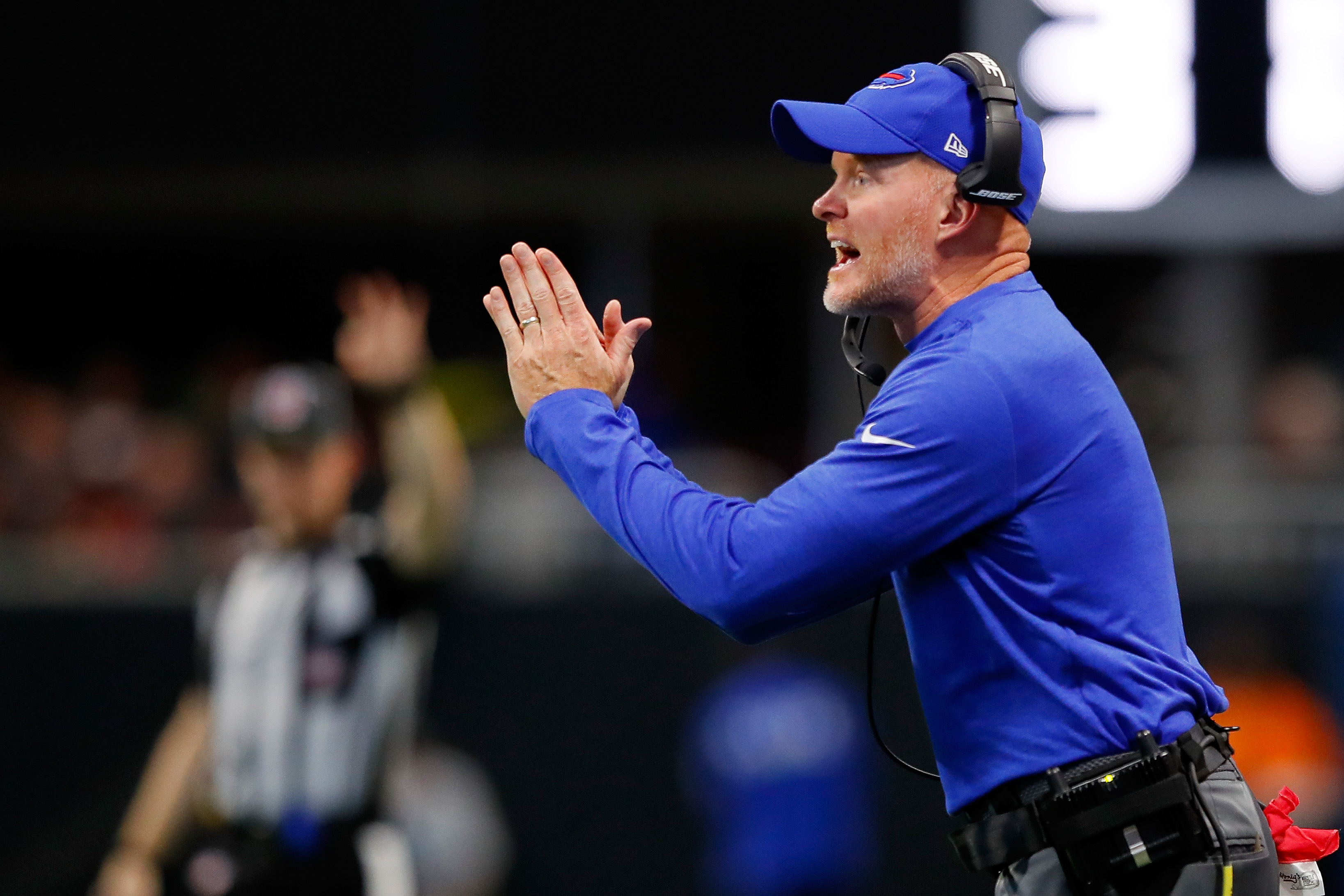 The Bills had a turnover-free, 281 yard offensive day. They turned over the reigning, defending NFL MVP 3 times and stopped the Falcons offensive juggernaut and held them to 16 points. Sure, there were injuries to the receiving corps of the Falcons, but all three phases of the team contributed to complimentary football – and a great win in the first quarter of the season.

Tyrod and the offense were efficient, with Charles Clay going off for 5 catches, 112 yards – with two huge plays over his shoulder leading to points. While the Falcons had more passing yardage (242 yards), they averaged less yards per pass – 5.6 yards compared to Buffalo’s 7.1. McCoy had a workmanlike 23 touches for 108 yards – and was slowly starting to get back to his old ways on a 9+ minute drive late in the 3rd quarter.

Tre’Davious White’s ability to be “Johnny on the spot” for that fumble was a perfect example of “The Unforgiving Minute”. He didn’t hesitate – he went for the scoop and score and wasn’t messing around, waiting for a whistle. His suddenness and confidence in the action also forced the decision on the refs, who ate their whistles and gave the Bills a (potentially controversial) touchdown – which won the game. Without that, they lose 16-10. How crazy is that?

The Zay Jones situation is a weird one; you have a receiver touted for his hands – 399 receptions in college – and now in the NFL it’s a game of “will he catch it or won’t he.” As Thurman Thomas mentioned on the John Murphy Show this week – the key for him is to do what someone like Jerry Rice did – get out of your own head and regardless of the yips just push through. In fact, late in this game he had a great catch on a comeback – so all is not lost. It’s just a little stressful at times.

The aforementioned 9+ minute drive ended at the half yard line – or would have, had the Bills not attempted to get Atlanta to jump offsides…on 4th and goal. Instead, the Falcons were smart enough to stay frosty and the Bills took a delay of game penalty and then kick a field goal. I’m perplexed – you have a great defense (yeah I said it) and you would have them pinned at the half yard line if you don’t get it. And a run game that had gashed the Falcons repeatedly on the drive.

@Rich_Fann @BuffaloWins good effort and game plan and win. But, running at will and at the 1? You have to go and end the game there.

You are reading my mind Mike. I think that was (as you see above) my “Bills-y” move of the game. Your defense can stop them going 99 yards. You have to have to temerity with the run game working to send Shady – not Tolbert, not Pat DiMarco, Shady – into the void and getting that yardage. Or put them in gun and let it be a choice between Taylor and McCoy. The go under center to get them to jump on 4th and goal was clown shoes.

Julio and Sanu being injured was a game-changer. Not only did you give a defense that still finding its way an easier task, when E.J. Gaines came out late in the game, Leonard Johnson was only a minimal liability versus the 3rd-5th receivers. Big props for the Flair cleats though Julio. WHOO!

Bills now leading the AFC East with the fourth-best points differential in the AFC (+19).

This stat is a testament to the stingy defense and an efficient offense. For all of the complaints of Tyrod not taking risks, his ability to keep them ahead of the turnover game AND try to help out with his feet to supplement his passing is top notch.

For the future, if you shit on Tyrod, Ask Matt Ryan what happens to a QB when they lose their top WRs

Joe says this far better than I ever could.

LeSean McCoy as media entered the locker room: "Y'all picked us to lose, but now you want to talk to the winners?! Alright!"

Ellwood City, Pitt, Arsenal and the Bills won this weekend. Can’t tell me (or Shady) nothin’.

Great article to read on the machinations behind some of the Bills’ decisions and how it mirrors in many ways the Browns’ of late.

And finally, stay blessed y’all. We’re on to Cincinnati.

Here's the Sean McDermott chuckle about being "blessed" from his press conference. (h/t @Rich_Fann) pic.twitter.com/mWw8PzMrEQ