Singing the Blues: Jagr (and his cat) to visit Pittsburgh? 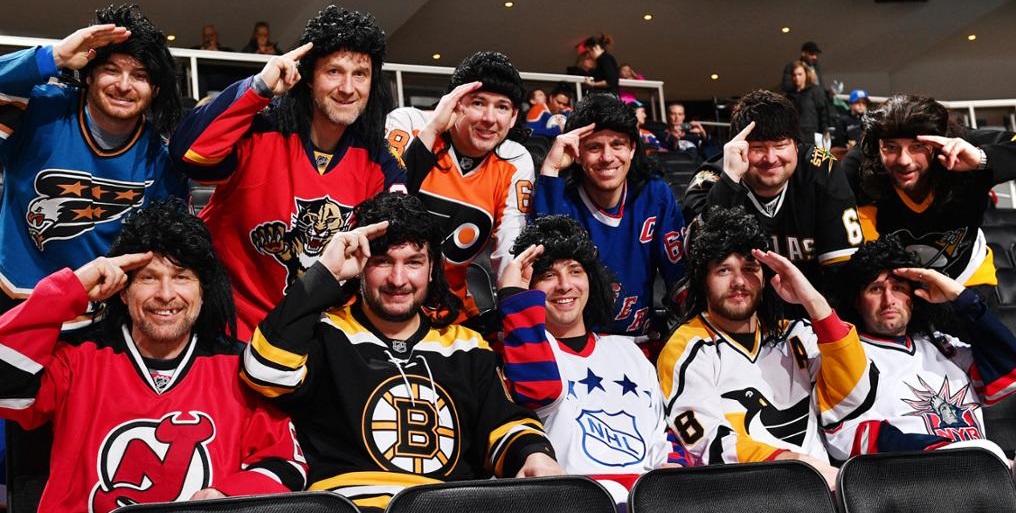 Singing the Blues: Jagr (and his cat) to visit Pittsburgh?

No earth-shattering developments occurred during 2017-18 Penguins pre-season. Tom Sestito and Jay McClement are off the roster; all is right with the world. The much-anticipated transaction to bring in a third-line center from outside the organization via free agency or trade, never occurred in September. With 24 players on the roster, the Penguins still need to reduce their group by one body before Wednesday’s season-opening game at home against St. Louis. Josh Archibald and Derrick Pouliot are both still on the roster and both require waivers before they can be reassigned to the AHL.

Look, I just tell my cat, there is a chance to play in NHL this year. 😀😀😀 pic.twitter.com/8iBoTYeEl7

My gut feeling is that the Penguins will do all they can to not lose Pouliot – whose value was analysed by Pensblog Leah last week – for nothing in return, on waivers. Other organizations always think they can rejuvenate an underachieving, former first round pick and considering the low risk, high reward nature of a waiver claim, Pouliot could become another team’s free reclamation project this season. Therefore, unless Patric Hornqvist, who did not play at all in preseason, is placed on injured reserve, Pittsburgh will likely try to reassign Archibald and stash Pouliot as their superfluous eighth defenseman. Alternatively, the Pens may deal him to another club (for a low-round draft pick or another club’s version of Pouliot in a classic joke-for-joke trade) by Wednesday night.

Definitely, it is hard to quibble with anything as the two-time defending Stanley Cup champions prepare to entertain us this winter in advance of an attempt at a Triple Crown next spring. Yet if there is one sentimental addiction Pens fans have tossed back and forth for the past six years, it is the irresistible desire to bring back Jaromir Jagr, to see him in Pittsburgh black and gold for one final season. When Jagr finished his KHL contract in the spring of 2011 and announced his intention to return to the better hemisphere, the city of Pittsburgh was consumed by the Pensblog-initiated #JagrWatch, tracking his every word, movement and flight pattern, hoping he would “do right by Mario Lemieux” as Jagr put it, and come home to the city where he made his name and fame.

He didn’t, for 3.3-million reasons and his unusual, nomadic late-career journey has now taken the Ageless One through five cities – Philadelphia, Dallas, Boston, Newark and Sunrise – but not Pittsburgh. This summer, it seemed strange that Jagr remained unemployed, even to the man himself. When the free agency signing period began, the Penguins immediately burst every Pittsburgher’s sentimental bubble by declaring they had no interest whatsoever.

But still, he could provide something?…

After all, in his age 44-45 season, he just played the entire 82-game schedule for the Panthers scoring 16 goals including eight on the power play, despite a career-worst shooting percentage. The only man to score at least 15 goals while playing every game at an older age? Hall of Famer Gordie Howe.

And how about Howe? That’s the man ahead of Jagr on a few career statistical leaderboards. While Jagr has said mere numerical milestones are not what motivates him to keep playing, surely the drive to move up the charts would indirectly benefit his new team. Jagr needs 37 goals to pass Howe and move into second all time, and 57 appearances to pass Howe for first all time in games played.

So what’s stopping any NHL team from making a deal? Money and term? Absolutely, Captain Obvious. Looking at Jagr’s six post-KHL contracts, all on one-year terms, he has commanded between $2-million and $4-million in base salary. Last season, Florida ended up paying him $5.5-million after Jagr earned $1.5-million in games played bonuses. Clearly, no team is going to offer a contract in that range for a soon-to-be 46 year old, even taking into account his unusual durability and productivity. However, judging by the contracts received in free agency this summer by 36-year old wingers like Alex Burrows and Radim Vrbata (ironically, Jagr’s replacement in Florida), his new employer will likely need to shell out $2-million minimum.

That right there, in plain dollars and cents, is why the Pittsburgh/Jaromir Reunion Tour 2017, never materialized except in the realm of our drunken post-parade hallucinations. After the extensions to Schultz, Dumoulin and Sheary, organizational depth on the wings but the need for more centers with less than $2.5-million in salary cap room, adding a nice shiny hood ornament in Jagr was a luxury the Penguins could not afford.

Finally, despite last week’s report from the Czech Republic that Jagr had settled on playing for HC Kladno, the hometown club Jagr owns, the latest information states talks between Jagr and NHL clubs has intensified.

(As an aside, even if Jagr plays in Europe and in the Olympics, then signs with an NHL club, he would have to pass through waivers before returning to North America due to CBA Article 13.23:)

In the event a professional or former professional Player plays in a league outside North America after the start of the NHL Regular Season, other than on Loan from his Club, he may thereafter play in the NHL during that Playing Season (including Playoffs) only if he has first either cleared or been obtained via Waivers. For the balance of the Playing Season, any such Player who has been obtained via Waivers may be Traded or Loaned only after again clearing Waivers or through Waiver claim…

St. Louis recently announced they will not have forward Robby Fabbri for the entire season due to re-injury of his surgically repaired left knee. The Blues need to find a source to replace the 15 to 20 goals Fabbri was projected to score, so… Jagr? St. Louis is approximately $2.2-million under the salary cap right now and if Vancouver was able to take a flyer on the younger Thomas Vanek for $2-million, the Blues can certainly afford to make St. Louis Jagr’s ninth NHL home.

Certainly ironic isn’t it? All we ever wanted was to give Jagr a huge ovation when he skates onto PPG Paints Arena ice for the season opener as another banner is raised, near the two banners he contributed to, a quarter-century ago. Yes, that dream could come true this Wednesday – except #68 will have a blue note on his chest.