Blues tried to sign Jagr, but he picked a different team 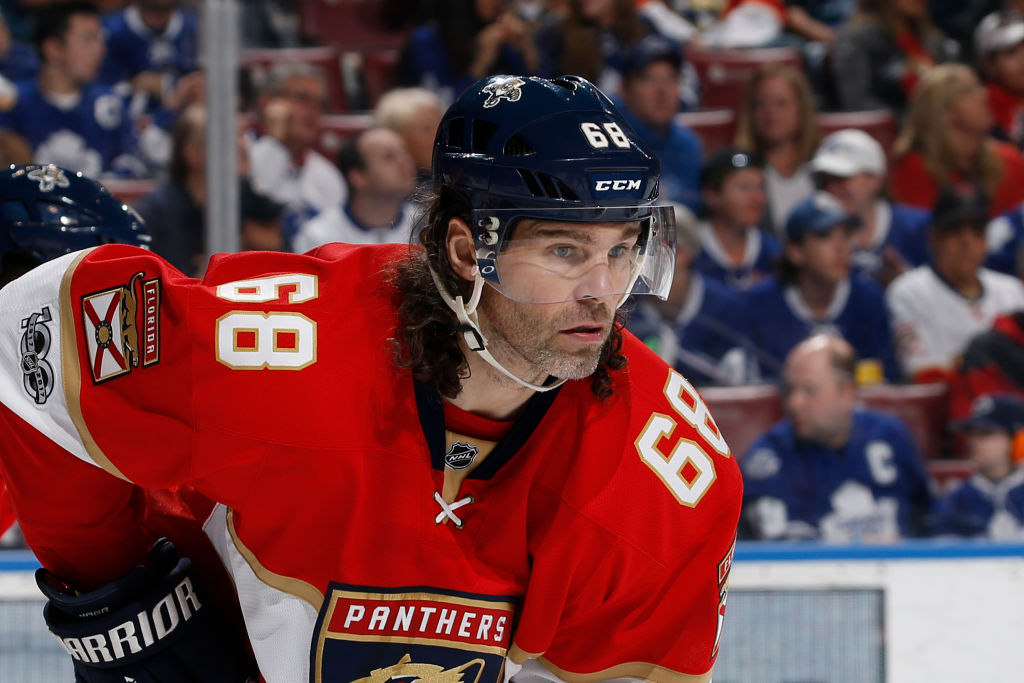 Blues tried to sign Jagr, but he picked a different team

It was assumed that the talk of Jaromir Jagr joining the St. Louis Blues was pretty much over after the team announced a one-year deal for Scottie Upshall. Prior to that announcement, it was unclear just how serious the Blues were in Jagr and whether or not the two sides were ever close to a deal.

Evidently, the Blues made Jagr an offer, but the veteran forward declined in favor of a different team.

According to Blues GM Doug Armstrong, the Blues made an offer to Jaromir Jagr over the weekend. Was informed he's gone another direction.

Armstrong says he, Martin Brodeur and Mike Yeo spoke with Jagr on the phone over the weekend then made him an offer. No hard feelings though

That other direction appears to be the Calgary Flames.

Hearing CGY and Jagr have more or less agreed to terms but until this is papered and signed, there's reluctance to say it's done.

If indeed Jagr deal gets done in Calgary, am told it's for $1 million base salary plus another $1 million in attainable bonuses

That’s a fairly reasonable price for Jagr’s services. The Blues were probably able to offer a similar deal in terms of money, but they may have not been able to match what the Flames could offer in terms of where Jagr would skate.

Jagr was very clear that he would pick the team who offered the best overall opportunity. Specifically, he wanted to be a contributor and wanted to have a regular position within the lineup. The Blues were mostly looking for help on their third or fourth line until some of their injured players were able to return. Jagr might have been able to creep up in the roster, but he likely would have had to accept a lower role as soon as the Blues returned their regulars.

Meanwhile, the Flames may have been able to assure Jagr of a more prominent role.

It would have been fun to watch Jagr wear the Note, but it should also be fun to see some new, young faces trying to earn a spot in the lineup.